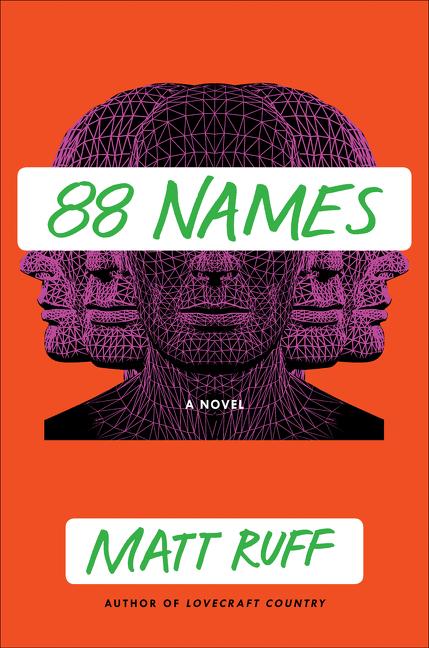 The author of Lovecraft Country introduces readers to John Chu, a paid guide to online role-playing games who thinks he's hit the jackpot when a wealthy client hires him for a comprehensive tour of the world of virtual-reality gaming. But John begins to panic when he suspects his client is actually North Korean dictator Kim Jong-un, whose interest in VR gaming has more to do with power than entertainment.

What The Reviewers Say
Rave Craig Clark,
Booklist
Ruff is an expert at keeping readers off-balance and providing entertaining stories that cross genres ... Employing a diverse cast of characters and weaving historical facts with an abundance of pop culture references, Ruff’s richly imagined world of next-generation internet is plausible and a bit frightening. The action inside the virtual gaming world is sleek and exciting, but the extrapolation of identity, friendship, and human relationships makes the narrative shine.
Read Full Review >>
Rave Karin Thogersen,
Library Journal
Ruff's...newest technothriller is an exciting page-turner that delves into the online gaming world and should appeal to both veterans and newbies. For fans of Ernest Cline's Ready Player One and Marie Lu's 'Warcross' series.
Read Full Review >>
Mixed Annette Lapointe,
The New York Journal of Books
Ruff has a real affinity for identifying crucial culture influences and shaping stories around them ... a less political, and perhaps less thoughtful follow up ... At its best, 88 Names is a romp through different video game scenarios and cultures in a more highly developed sensory framework than presently exists. Ruff’s accounts of space battles and South American bank robberies are exciting without being terrifying ... This balance between high stakes and low stakes ultimately undermines Ruff’s new novel. There’s great potential within it for an exploration of how we emotionally invest and commit hundreds of hours to imaginary worlds. The novel’s exploration of the future of cybersex as provocation and violence is potentially fascinating but ultimately incomplete. Likewise, the question of what a reclusive dictator might possibly want with expansive knowledge of video games doesn’t have a satisfying answer ... many ways, Ruff has obviously modelled 88 Names on the novels of William Gibson, but he doesn’t have Gibson’s knack for deep characterization, nor his talent for obfuscating the book’s lack of destination. 88 Names needs either an elegant destination or an upgrade in style to move from reasonably good entertainment to smart, subversive science fiction.
Read Full Review >>
See All Reviews >>
SIMILAR BOOKS
Fiction

The Preserve
Ariel S Winter
Positive
What did you think of 88 Names?
© LitHub | Privacy