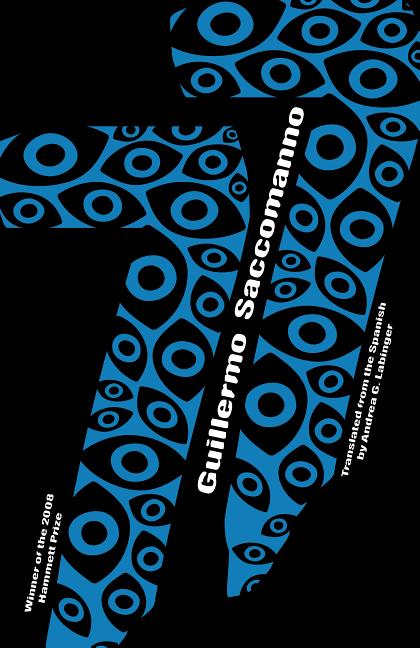 Winner of the 2008 Hammett Award, this newly translated Argentine thriller follows the precarious existence of Gómez, a gay high school literature teacher forced to make very uncomfortable choices to stay alive in Buenos Aires in 1977, during the throes of Argentina's military dictatorship and "Dirty War."

What The Reviewers Say
Rave Lew Whittington,
New York Journal of Books
...vivid atmospheric and visceral impact. Nothing is lost in this translation; the characters are fictitious but the political dystopia Saccomanno depicts is all too real ... Saccomanno’s atmospherics can also be as sensual as film noir, where everything is suggested, anticipated and all the more powerful in its impact. Gomez’s escapist sex life is thrillingly erotic. Gomez is both tragically real and hallucinatory on the page, fearful and courageous at once. Saccomanno vivid characters and the brutal truths of this era in Argentina is the searing backdrop of Gomez’s narrative. One or two plot twists in the final chapters of the book strike one as contrived, but even with some of its fictive devices, Saccomanno builds the atmosphere of fear, dread, and paranoia with a cast of believable characters trying to survive under the siege of Argentina’s guerra sucia, (dirty war). 77 is, among other things, a potent reminder of the gruesome paths of totalitarian dictators.
Read Full Review >>
Rave Patrick Nathan,
Full Stop
... a great novel ... [A] necessity of tyranny is submission, and on this Saccomanno has built a brilliant fugue ... One of Saccomanno’s immense triumphs in this novel is to eradicate whatever imagined solidarity, whatever togetherness, readers are tempted to overlay onto Professor Gómez’s life in 1977. The story one wishes to hear is how people band together, how they hang onto their humanity. As the vanished bodies add up and Gómez grows more and more alone, it becomes clear that the genius of 77 is not that humanity endures such overwhelming and invasive terror, but that it doesn’t. It can’t ... I am—as we all should be—grateful for 77 and all novels like it[.]
Read Full Review >>
Positive Monica Carter,
Foreword Reviews
77 is a taut historical thriller with noir overtones ... Gómez’s late-night wanderings through the streets of Buenos Aires of the seventies energize the novel along with Saccomanno’s judicious use myth and superstition. These noirish elements deepen the suspense with a foreboding moodiness that enhances the paranoiac tone. Saccomanno’s 77 is a trenchant thriller recounting the murderous epoch of the Dirty War.
Read Full Review >>
See All Reviews >>
What did you think of 77?
© LitHub | Privacy