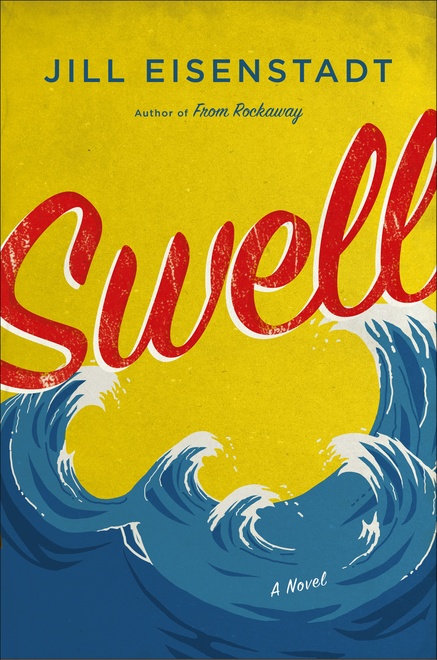 From the author of From Rockaway. In the immediate wake of 9/11, a young family uproots their lives in Manhattan to resettle in a ramshackle Rockaway beach house—and, over the course of one momentous weekend, finds a whole lot more drama than they bargained for.

What The Reviewers Say
Positive Marion Winik,
Newsday
To try and explain the complications that ensue would be folly. Just look at the size of the cast ... Almost everyone from From Rockaway gets to make at least an appearance. Despite the overcrowding and the kookiness of the plot, Swell is anchored in real understanding of the people of Rockaway, what they went through in those years and their recourse to black humor.
Read Full Review >>
Mixed Boris Fishman,
The New York Times Book Review
Beneath all the buffoonery, the novel moonlights as a chronicle of women fed up with the imperious but weak and self-absorbed men all around them ... The narrative has many other sub-stories, occasionally pinballing between them without transition or antecedent. Some of the strands fray, some turn into knots, some unravel in a hot, unearned rush ... Eisenstadt’s madly saturated color was a little rich even for the relatively commonplace context of her previous novel, Kiss Out, but it seems especially ill-tuned to the disaster times of Swell ... Then again, it’s the wise ones who know that in hard times, you grab your people, have one drink too many and obsess over insignificant things. The louder and ruder the chatter, the better.
Read Full Review >>
Positive Kirkus
With tremendous tenderness, Eisenstadt captures the traumatized Rockaway of the early 2000s in swirling Technicolor, though her zany and colorful characters never quite manage to transcend their laundry lists of quirks to become fully human. But what the novel lacks in nuance, it makes up in heart. A whimsical portrait of a still-raw community that mostly hits the mark.
Read Full Review >>
See All Reviews >>
SIMILAR BOOKS
Fiction

All the Broken Places
John Boyne
Mixed
What did you think of Swell?
© LitHub | Privacy