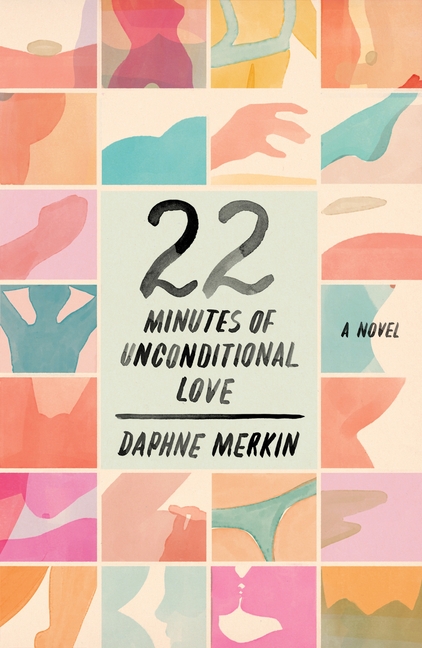 What The Reviewers Say
Rave Adrienne Brodeur,
The New York Times Book Review
Despite initial reluctance, Judith quickly succumbs to Howard’s emotional and sexual manipulations; the details of her erotic compliance are breathtaking. This is not unusual territory for Merkin, a literary critic and novelist known for her revealing personal essays, which have chronicled her sexual fixation on spanking as well as her struggles with depression...But, dear reader, how do you feel about interruptions? Would it bother you if in the thick of this steamy story of sexual obsession, the narrator butts in to solicit your opinion, discuss a plot decision or opine on some bit of literary trivia? If so, consider yourself forewarned. There are five chapters, each titled 'Digression' and numbered one through five, devoted to doing just this, which may challenge your staying power ... our narrator is as skillful an orchestrator of emotion as Howard himself ... here’s the shocker: Thanks to Merkin’s literary legerdemain and stylish prose, her ruminative digressions — about memory, subjectivity and the interplay between reality and fiction — contribute as much to the book’s artistic, emotional and intellectual payoff as her story does. There is delight in each intrusion, of the sort that I experience on a leisurely Sunday morning when I’m able to wake up only to fall back to sleep again, taking pleasure in crossing the boundary of consciousness ... an arresting novel that explores the alchemy of contradictions that exist in all great works of literature. Observant and witty, Merkin makes each sentence pack a provocative wallop. So, come for the promise of a compulsively readable novel — 'Obsession makes for good copy,' the narrator tells us — and stay for a fascinating lesson on the making of art.
Read Full Review >>
Positive Sam Sacks,
The Wall Street Journal
Howard is lewd, manipulative, commanding and voraciously horny, and his dirty talk...verges on parody ... In a way Ms. Merkin’s novel is casting back to an earlier era of feminism that prioritized sexual satisfaction, recalling not only the frank carnality of Updike and Roth but also of Erica Jong and Lisa Alther. There are a few ambivalent nods to present-day mores—Judith recognizes that Howard is inappropriate and possibly dangerous. But Ms. Merkin is more inclined to take her antihero down a peg by showing him to be essentially childlike, no more in control of his sexual appetite than a teenager ... This is a study of sex as a great and terrible adventure, a bad decision that Judith will think longingly about for years to come.
Read Full Review >>
Rave Donna Seaman,
Booklist
... a wily tale of carnal obsession ... Acclaimed and audacious essayist, novelist, and memoirist...Merkin is at her sly and provocative best as her brainy, candid, and witty protagonist intermittently interrupts the erotic spell of her addiction to address the reader and question everything from gender roles to therapy to the very nature of fiction. With psychological acuity, sexual heat, and now sadly nostalgic scenes of a pre-pandemic city...Merkin’s incisive novel of a woman piloting herself through the wildfire of sexual obsession is as boldly canny as it is cleverly diverting.
Read Full Review >>
See All Reviews >>
SIMILAR BOOKS
Fiction

This Other Eden
Paul Harding
Rave
What did you think of 22 Minutes of Unconditional Love?
© LitHub | Privacy