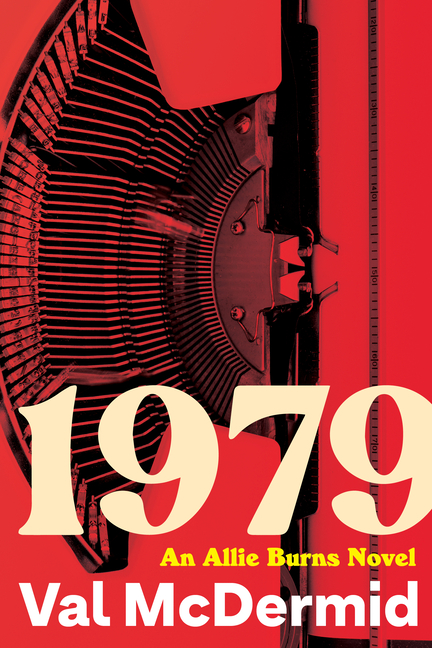 Internationally bestselling Scottish author Val McDermid introduces a new series that follows young investigative journalist Allie Burns as she looks into the murder of a friend and fellow journalist during the social and political upheaval of 1979 Scotland.

What The Reviewers Say
Rave Oline H. Cogdill,
South Florida Sun Sentinel
... masterful ... McDermid skillfully uses the newspaper articles to chronicle the events in Scotland, including a referendum on breaking away from the United Kingdom ... an enthralling novel and this series will, no doubt, be addictive.
Read Full Review >>
Positive Maureen Corrigan,
The Washington Post
Allie Burns is the engaging main character ... It’s the tone and the plot itself of 1979 that seems agreeably retro. There’s a single act of violence here, certainly more sad than gory or even, frankly, surprising. And sex, while it’s important to this mystery, is a topic that’s talked about among the characters with effort and, in keeping with the times, dramatized discreetly by McDermid ... as much a female bildungsroman as it is a suspense story—and that’s not meant to be a backhanded compliment. McDermid vividly summons up that young adult state of confusion (that many of her longtime female readers may recall) when brazenness alternates with bewilderment; when you insist that the world see you and simultaneously tell you who you are. This first novel featuring Allie Burns is the debut of a new series that will proceed decade by decade. I, for one, am eager to see how she has become more at home in her own skin, 10 years on.
Read Full Review >>
Rave Andrew Taylor,
The Spectator (UK)
... a remarkably vivid picture of the tabloid newsprint culture of 40 years ago ... McDermid can do edge-of-seat suspense better than most novelists. But what really lingers in the mind is the world she has created in 1979, long before the internet and the end of the Cold War. Among other things, she reminds us how much newspapers mattered in those days ... enjoy this excellent opener to what promises to be an outstanding series.
Read Full Review >>
See All Reviews >>
SIMILAR BOOKS
Fiction

The Every
Dave Eggers
Mixed
What did you think of 1979?
© LitHub | Privacy