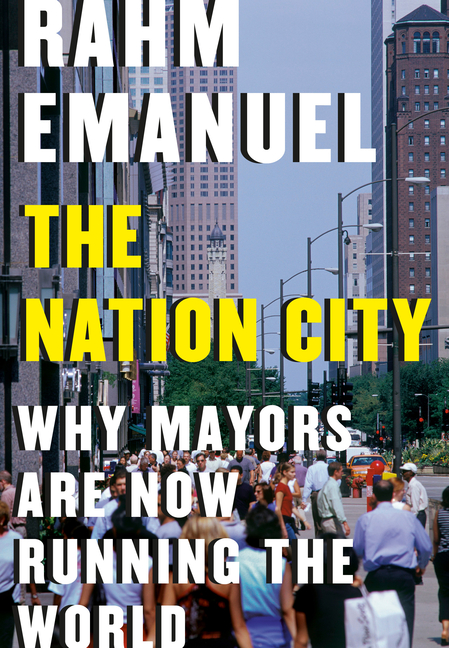 Rahm Emanuel
Positive Booklist ... most of all, Emanuel touts his own achievements: renovating O’Hare Airport, altering the school system, and luring corporate headquarters downtown, among others. It’s a spun record, denuded of the controversy that marked much of his tenure, and predictably self-serving. Nevertheless, the book brims with the author’s passion for the city’s top job. At its best, Emanuel’s chronicle offers a revelatory view into how mayors run cities, and provokes readers to ponder whether cities really might save the world. 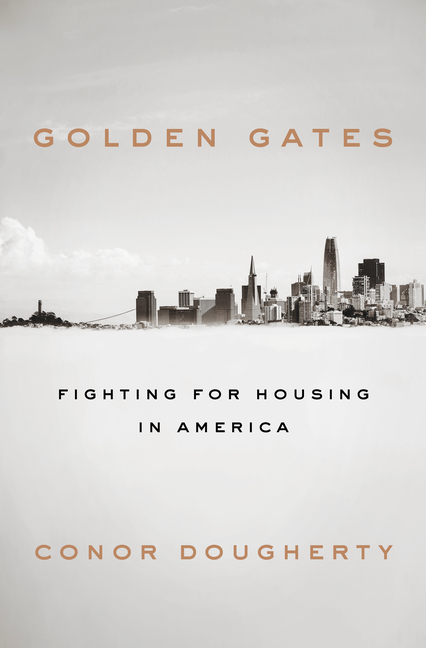 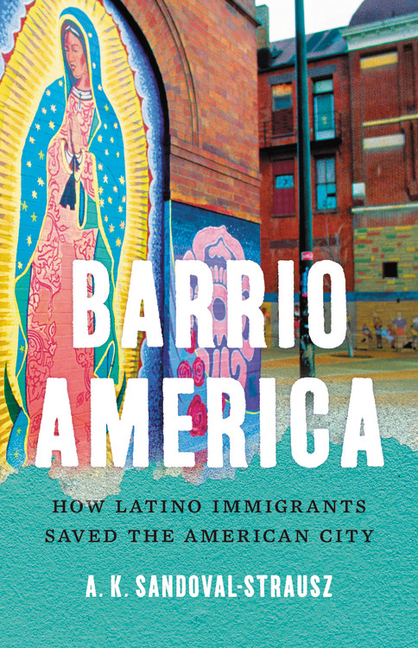 A. K. Sandoval-Strausz
Rave Booklist This essential, timely book recounts the history of urban America, often told in white and Black, through the wide lens of Latino immigration ... Sandoval-Strausz offers a fresh perspective on urban decline and revival ... the book goes beyond conventional history. It alternates between geographical scales, uncovering the links between community, city, nation, and hemisphere. In a dazzling chapter on Latino urbanism, Sandoval-Strausz shows how immigrants’ practices of daily life, brought from their hometowns, reshaped the physical structure of their neighborhoods. Deeply researched, full of insights, and with a powerful message, powerfully told, the story of American cities remains a story of migration. 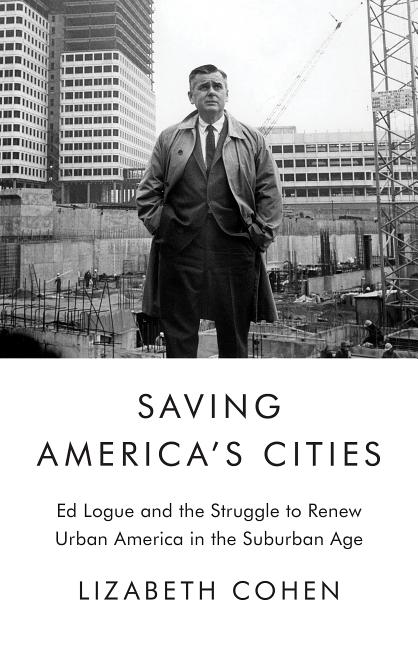 Lizabeth Cohen
Rave Booklist Cohen, through meticulous research, paints an intricate, sympathetic portrait of Logue. Unlike the approach taken in her previous work, she summons little of her formidable talent as a cultural historian, instead prioritizing bureaucratic struggles over big ideas. Nevertheless, Cohen has given readers a book as substantial and complex as the man and controversial movement it explains. 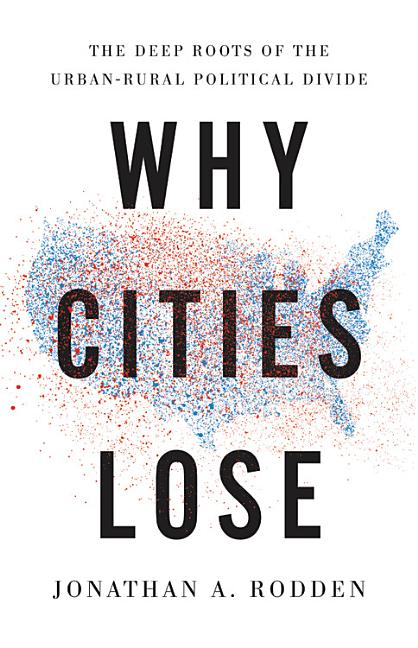 Jonathan A Rodden
Rave Booklist With shrewd insights, Rodden, a professor of political science at Stanford, lays out a compelling, intricate, and meticulously documented case for the geographic basis of contemporary political strife ... A study of the political history of Reading, Pennsylvania, since 1877 adds texture and context, as does the book’s frequent references to the UK, Canada, and Australia, which have similar systems and face similar challenges. Surprisingly, Rodden makes little of another element of American antidemocratic politics—racial barriers to voting. Yet he does offer a powerful, well-developed perspective on the nature of our contemporary politics, and compelling suggestions to fix it. 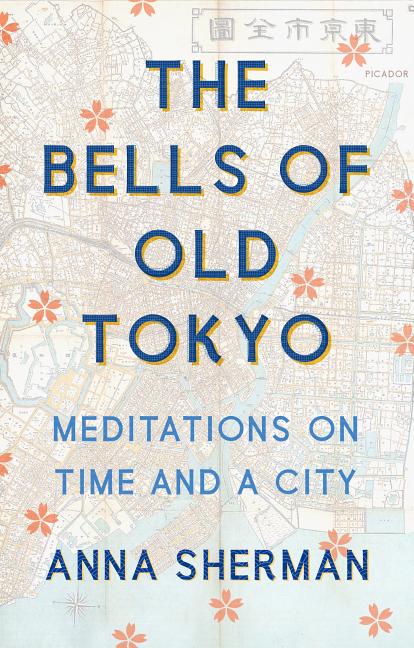 Anna Sherman
Positive Booklist ... [an] absorbing blend of history, memoir, and travelogue ... Chapters are organized by neighborhood, giving the reader a sense of local and evocative texture ... An imaginative, well-researched introduction to Tokyo and its stunning complexity.

Don Kulick
Rave Booklist In this captivating narrative, the author considers complex questions about race and power in anthropological research, the nature of relationships among very different people, and the challenges of living in such a demanding environment. Kulick’s engrossing, thought-provoking, and transporting chronicle will be enjoyed by National Geographic fans and all readers interested in cultural investigations.

Suzannah Lessard
Rave Booklist Lessard revels in the ambiguities, questioning her own assumptions and challenging the reader’s preconceptions ... As Lessard alternates between narrative and analysis, what begins as a pastiche of vignettes builds into an entrancing reconsideration of America’s history, from the spaces of the antebellum South through the landscapes of the Cold War and beyond. Some readers will raise an eyebrow at the occasional sweeping assertion and purple flourish. But this nonetheless remains a stellar work of landscape criticism, a rapturous meditation on the revelatory power of place.

Timothy P. Carney
Mixed Booklist In 13 thematic chapters, Carney details the decades-long trends he blames for civil society’s decline, from divorce to \'secularization\' to the sexual revolution. Thankfully, Carney does not limit himself to these old conservative saws. At his best, he provokes the reader with nuanced observations. He notes the strength of so-called conservative values, such as marriage and volunteerism, in wealthy liberal suburbs; he emphasizes urban planning and shared community spaces as tools for restoring civil society. But the book stumbles with its scattershot focus and argumentation. Chapters that begin on a focused theme meander from one oblique topic to the next. Nevertheless, Carney delivers an earnest, sometimes stimulating effort to understand the social forces behind Trump. 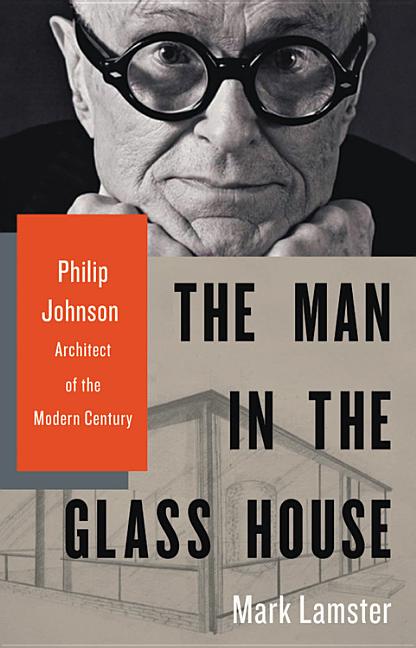 Mark Lamster
Rave Booklist Lamster’s mesmerizing, authoritative, and often-astonishing study grapples with Johnson’s legacy in all its ambiguity ... Lamster depicts a man by turns enchanting and irritating, sublime and subpar, pioneering and derivative. Contradictions abound to the point of absurdity ... What does it mean that this man, of all people, became the leading architectural light of late-twentieth-century America? Johnson’s contradictions, Lamster argues, reveal something of the nation’s. Readers may come away with both contempt and admiration for the subject, a testament to Lamster’s masterful achievement. 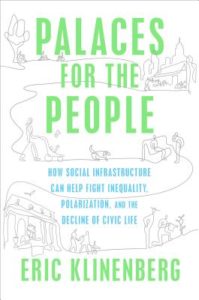 Eric Klinenberg
Rave Booklist Sociologist Klinenberg discerns a critical and overlooked source of many of America’s ills, from inequality to political polarization and social fragmentation: the deterioration of the nation’s social infrastructure. From parks and playgrounds to churches and cafés, social infrastructure encompasses \'the physical places and organizations that shape the way people interact.\' ... In six nuanced, thematic chapters, blending academic research, interviews, and personal narrative, Klinenberg presents social infrastructure as the neglected building block of a healthy civil society ... This is an engrossing, timely, hopeful read, nothing less than a new lens through which to view the world and its current conflicts. \ 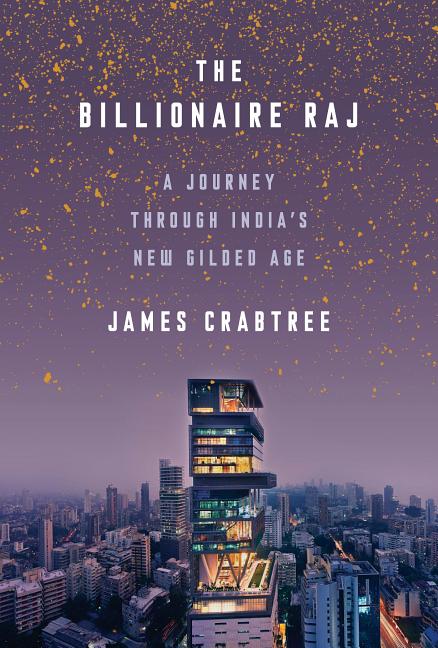 James Crabtree
Rave Booklist Online Weaving together political analysis, academic research, and profiles of India’s new tycoons, several of whom spoke with him, Crabtree constructs a layered narrative of a nation in economic and political upheaval. Startling accounts of conspicuous consumption abound, as do sordid tales of high-society business intrigue. But Crabtree’s target is bigger—India’s transforming political and economic culture. In lucid detail, he explains how the nation of Gandhi and Nehru became the nation of Mukesh Ambani, the billionaire industrialist whose 500-foot-tall personal residence looms over Mumbai ... A must for readers interested in contemporary India and a revelation for those interested in our changing world.

Richard Sennett
Rave Booklist Online \"The ostensible aim of this demanding, richly argued book is to defend the \'open city,\' a place of ambiguity, complexity, and possibility, against the forces of standardization and regimentation. But this synopsis does little justice to Sennett’s layered analysis, which spans literature, social mores, infrastructure, and community life ... In the city, Sennett writes, \'Complexity enriches experience; clarity thins it.\' The same might be said of this evocative work, in the best sense. A timely, challenging, and edifying book that beckons the reader to return.\ 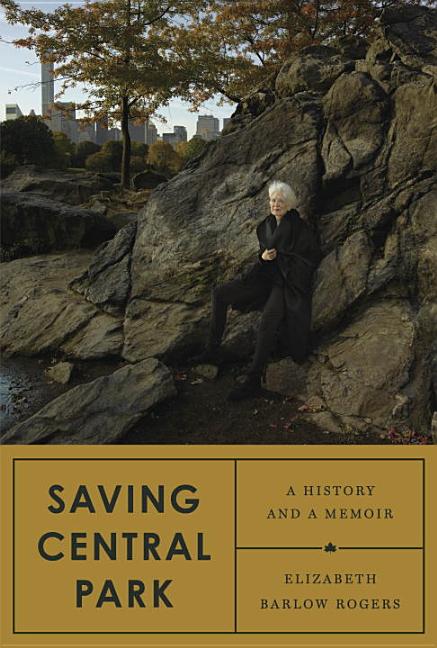