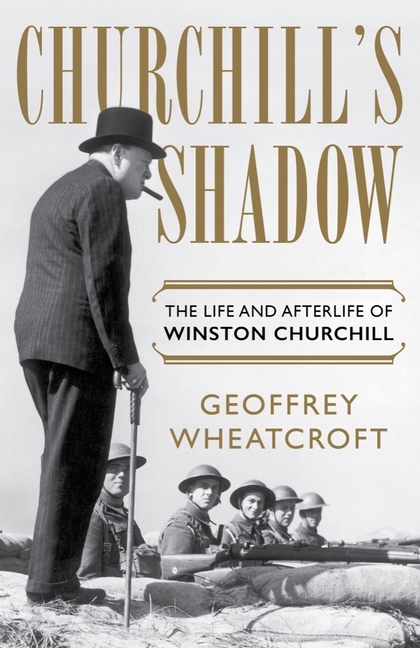 Geoffrey Wheatcroft
Rave New York Times Book Review Geoffrey Wheatcroft takes a literary spray can to the iconic World War II leader, attempting metaphorically at least to recast the many memorials and books devoted to Sir Winston over the years. Churchill, in this telling, was not just a racist but a hypocrite, a dissembler, a narcissist, an opportunist, an imperialist, a drunk, a strategic bungler, a tax dodger, a neglectful father, a credit-hogging author, a terrible judge of character and, most of all, a masterful mythmaker ... Few have argued the case as powerfully as Wheatcroft ... Other than the one bright spot in 1940, it is a withering assessment of Churchill’s life, his efforts to airbrush his legacy and the so-called Churchill cult ... Wheatcroft is a skilled prosecutor with a rapier pen. Churchill is not his only target. He has acerbic asides for all manner of people ... If it feels as though Wheatcroft gives short shrift to the profound importance of Churchill’s courageous stand against Hitler, perhaps that is because he has written his book almost as an explicit rejoinder to Andrew Roberts, who celebrated that stand so expertly ... Roberts’s book was described in these pages as the best single-volume biography of Churchill yet written. Wheatcroft’s could be the best single-volume indictment of Churchill yet written ... With statues, it is hard to see the complexity. Which is why we have competing books like these to help shape the debate as we edit the past.

Tom Lobianco
Positive The New York Times Book Review Tom LoBianco asks all the right questions in Piety & Power, his crisp and engaging biography of the vice president, but the answers remain elusive. As a reporter in Indiana, LoBianco covered Pence’s rise for The Associated Press and Indianapolis Star. He tells us of a boy from a plain Midwestern upbringing who explored the intersection of faith and politics and became a radio host, congressman and governor. But LoBianco is left — along with the rest of us — to wonder at the interior life that Pence guards so zealously.

Nigel Hamilton
Positive The New York Times ...count Nigel Hamilton in Roosevelt’s camp—not just in his camp but perhaps his most passionate and eloquent champion ... War and Peace is the third and final volume in Hamilton’s F.D.R. at War trilogy and certainly as gripping and powerfully argued as the first two...Hamilton, as the historian Evan Thomas once observed, ended up producing the extended memoir that Roosevelt himself never got to write ...Hamilton’s case for Roosevelt is a compelling one. Even in decline, the president had a vision that eluded others, including his closest partner. Yet if the author’s antipathy for Churchill’s strategic miscalculations is buttressed by prodigious research, it nonetheless seems to sweep aside too easily the profound importance of his singular resolve, grit and determination to defeat Hitler ... or the American’s strategic brilliance. Roosevelt was the architect and engineer who translated Churchill’s grandiloquence into a plan for victory. The Allies did fight on the beaches, as Churchill once memorably vowed, but it fell to Franklin Roosevelt to make sure they were the right beaches. 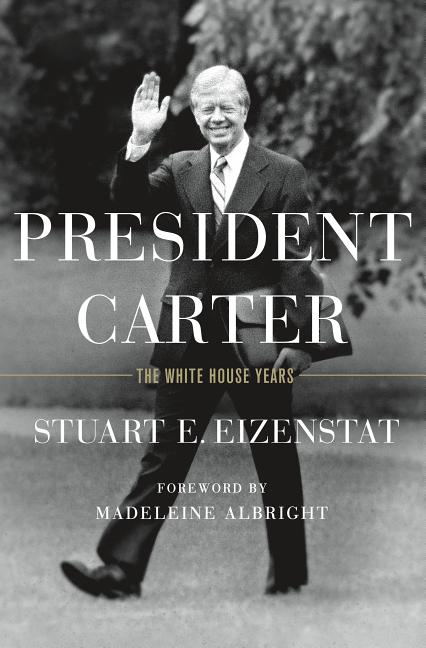 Stuart E. Eizenstat
Rave The New York Times \"Eizenstat is no neutral arbiter. A fellow Georgian, he joined Carter’s 1976 presidential campaign and became his White House domestic policy adviser. He is an unabashed admirer who in judging Carter against his presidential peers deems him \'one of the most consequential in modern history\' ... relying in part on more than 5,000 pages of his own contemporaneous notes and 350 interviews, including five with his former boss, Eizenstat has produced a thoughtful, measured and compelling account that bemoans Carter’s weaknesses even as it extols his strengths. If readers are not convinced that Carter was the second coming of Kennedy, they will come away with a three-dimensional portrait ... For the following 37 years, Carter’s presidency has been held hostage in a way, too — to the string of missteps, the missed opportunities and the two-dimensional image. He has Eizenstat to thank for seeking to free him from the chains of history and provide a fuller picture.\ 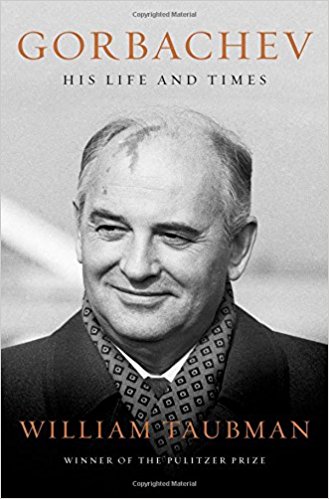 William Taubman
Rave The New York Times Book Review Gorbachev lived then, as now, in a dual reality — admired and feted in Washington, London and Berlin, reviled and ostracized in Moscow, St. Petersburg and Vladivostok. William Taubman grapples with this dichotomy in his masterly new biography, Gorbachev: His Life and Times, which will surely stand as the definitive English-language chronicle of this most intriguing figure for many years to come. Taubman, whose brilliant 2003 biography of Nikita S. Khrushchev won the Pulitzer Prize, delivers another richly layered portrait of a Russian leader determined to reform a thoroughly corrupt and dysfunctional society, only to be swept away by forces he could not control ... What emerges is the portrait of a leader who is vain, impatient and at times petulant, but also wise and thoughtful, a complicated man for a complicated time. 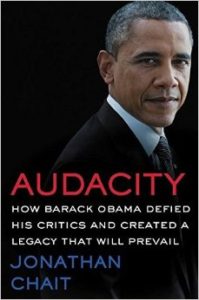 Jonathan Chait
Positive The New York Times Book Review ...a timely, trenchant and relentlessly argued book ... Indeed, Chait’s book seems more like an argument with the left than with the right ... For disenchanted Obama supporters, this appraisal may seem like a surprise ... Chait’s argument probably will not persuade many on the right, who still see a president who expanded the size and reach of government at home while undercutting American authority abroad. But it may encourage those on the left and in the middle to come around again to a president they once believed in. 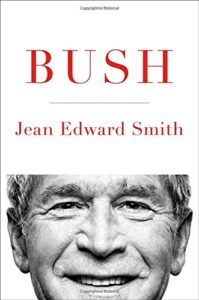 Jean Edward Smith
Positive The New York Times ...a comprehensive and compelling narrative punctuated by searing verdicts of all the places where the author thinks the 43rd president went off track ... While not a fresh portrait, it is one worth debating at a time when the political class is struggling to understand the meaning of Mr. Trump’s rise ... The value of Mr. Smith’s account is not original reporting but a thorough assimilation of the existing record. 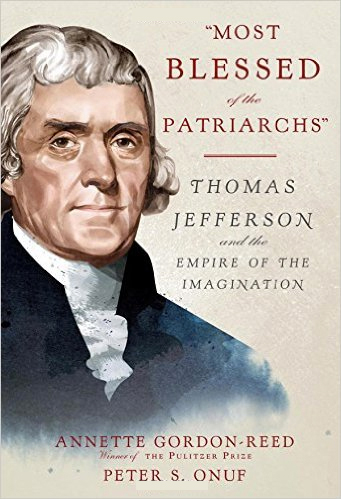 Annette Gordon Reed and Peter S. Onuf
Positive The New York Times Book Review To the already bursting Jefferson canon, they add a fresh and layered analysis, one centered more on his interior life than his deeds for posterity ... Gordon-Reed and Onuf are not the first to search for other ways into Jefferson’s private place, nor will they be the last. But they have provided a smart and useful map for those who are certain to follow.
© LitHub | Privacy