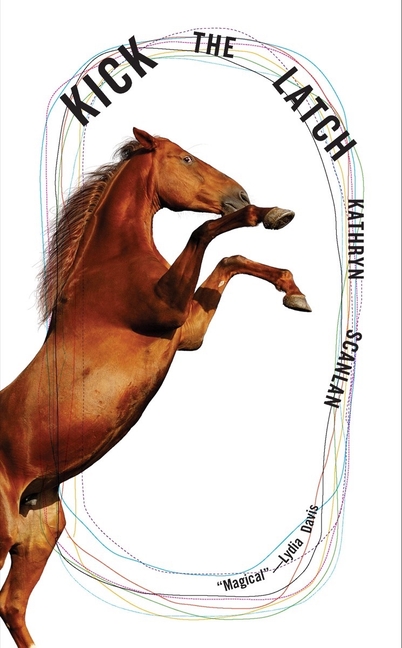 Kathryn Scanlan
Rave Book Post I thought I knew everything there was to know about the track, by living it, by writing it, until I read Kathryn Scanlan’s dazzling novel, Kick the Latch—which is another thing altogether and an extraordinarily accurate picture of a life based on the love of racehorses ... While the idea of the racetrack as being a very different place is written into every one of the book’s short chapters, this is also a work (call it slippery fiction) about storytelling. The stories gathered here give the book its charmed and rusty character, and its aliveness ... There are places in the book that recall sentences by Lydia Davis that take the generic world and turn it into something odder. But if Scanlan is trying something stylistically similar to Davis, she’s more effectively pointing out the strangeness of the racetrack itself ... Every person and every horse described in Kick the Latch is, in a quiet and deliberate way, wholly authentic, due in part to its grammar, which sounds like the way people talk, rather than the way they think.
© LitHub | Privacy