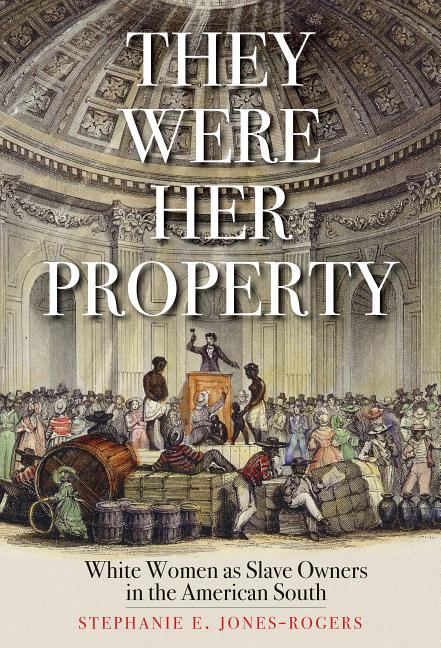 Stephanie E. Jones-Rogers
Rave The Women’s Review of Books In They Were Her Property: White Women as Slave Owners in the American South, a thoroughly unsettling yet brilliant piece of women’s history, [Rogers-Jones] reveals that, contrary to both popular and academic conceptions of the genteel Southern belle, white women were directly involved in and gained substantial personal economic benefit from the Southern slave economy of the nineteenth century ... Many revelatory findings are unearthed in the work’s central chapters ... The author brings depth and nuance to all areas of this pathbreaking examination ... They Were Her Property is an uncomfortable piece of women’s history, yet it is one that is both powerful and necessary. It challenges long-standing notions of white women’s position within slavery, casting them as independent actors who subjugated enslaved peoples for personal pecuniary benefit. In doing so, this work undermines the false notion that southern women were somehow the compassionate allies of enslaved peoples. It also suggests that it is here that we find the roots of a female white supremacy that, one could argue, continues into the present—as evidenced by the fact that almost half of all white women voted Republican in the last presidential election.
© LitHub | Privacy