Javier Zamora
Rave New York Times Book Review The southern border has long been popular terrain for novelists and beat reporters looking to make a name. But here, with Solito, Zamora makes the subject feel fresh with a shift of perspective: This account is told from the point of view of Chepito, Zamora’s 9-year-old self. Zamora writes in such a way that you never forget that this harrowing journey is being experienced by a child ... In telling this story from a child’s perspective, describing his surroundings with plainness, presenting his survival without bluster, he reveals the true horrors of migration. Of course, there are limitations to experiencing this journey from a child’s point of view. One is that children don’t know why things are happening. This drawback is most obvious when Zamora describes adults whose motivations and behaviors are not immediately clear ... Solito is an important, beautiful work. Zamora treks through his own memories and nightmares, revisiting a childhood that was lost. His account reads like a reporter’s notebook; everything is described meticulously so that it can be remembered. Zamora writes like someone who cannot afford to forget ... Solito proves that giving a poet an opportunity to turn his eye to nonfiction is a gamble that clearly pays off. 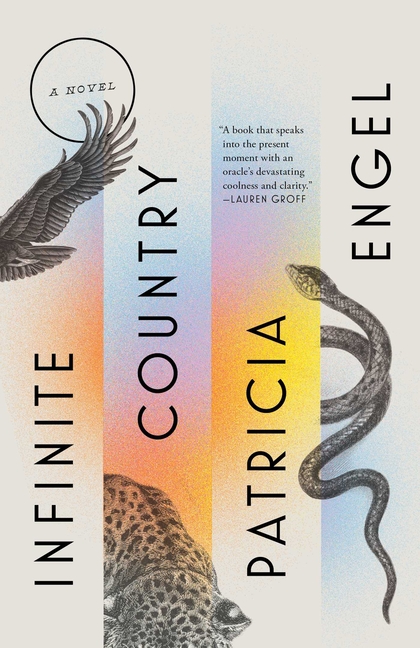 Patricia Engel
Rave The New York Times To someone who grew up reading the giants of the Latin American Boom generation in translation — Vargas Llosa, García Márquez — it was surprising that Patricia Engel’s third novel, Infinite Country, was not translated from the Spanish: The book sounds like Edith Grossman but with a borrowed amp and feedback. The prose is serpentine and exciting as it takes the scenic route to nowhere. There is a compliment in that. Her writing sets out to be majestic, and it is, like an overflowing soufflé ... The most unforgettable scenes in the novel are the intimate and meticulously rendered descriptions of Andean landscapes and mythology, of Colombia’s long history of violence ... The novel captures the romance of the immigrants’ first days in America with a visceral tenderness ... This is a compulsively readable novel that will make you feel the oxytocin of comfort and delusion. The ending reads like child-of-immigrant fan fiction. I’d hire Engel to ghostwrite my nightmares.
© LitHub | Privacy