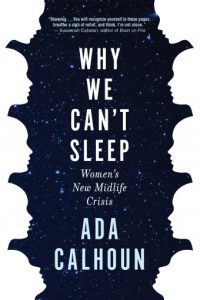 Ada Calhoun
Mixed The Women\'s Review of Books While I think the research in this book is sound, this is not a wonky, definitive examination of social systems from an academic perspective—it’s women’s personal narratives, sprinkled with studies. Calhoun gets around the issue of racism and classism by saying she spoke to women of all stripes from all over the country, and I guess we are supposed to take her word for it, as she doesn’t identify these women by their demographics. But does it matter really? This book is, in its essence, a more fleshed-out version of a really good women’s magazine \'trend piece.\' It’s a book that puts our agony in a neat framework ... Calhoun is shining a light on something, but not really offering us a way out of the darkness.

Lindy West
Positive The Women’s Review of Books [a] punchy new book ... The New York Times columnist and author of a memoir, Shrill, sounds off on everything that is getting under her skin these days—and hold my chalice, because the list is long and granular ... West transforms these slights against accountability into a discussion of our culture’s love affair with lies, and by extension, the malignant effects of the right wing and the Liar-in-Chief ... West has a real gift for smack talk that will make readers laugh out loud, or at least I did ... The quest for likability, West states, is a trap keeping women from accruing real power, and, furthermore, why would anyone want to be likable in a racist, sexist world?

Sady Doyle
Positive The Women’s Review of Books ...takes an unsparing—even Lilith House- esque—look at representations of women and female power in literature, movies, and myth ... Doyle hammers the messages that the fear of women— their sexual power and life force—is the most important part of misogyny, and cultural stories teach women what will happen if we break out of our cage ... Doyle has a love for media minutia, and she leaves no stone unturned when she is digging into urban legends, horror movies, true crime, Gothic novels, and ghost stories ... Both of my sons (ages five and ten) claim to have nightmares several times a week. Reading Doyle, this suddenly made sense. \'Yes, dear. There is something under the bed—my unfulfilled ambitions!\' What’s a woman to do with these crappy choices—evil mothers, massacred blondes, pubescent demons, and carnivorous beasts? Doyle’s answer...is to embrace the woman living outside of society, the one outside the bounds of patriarchal rule—the witch.
© LitHub | Privacy