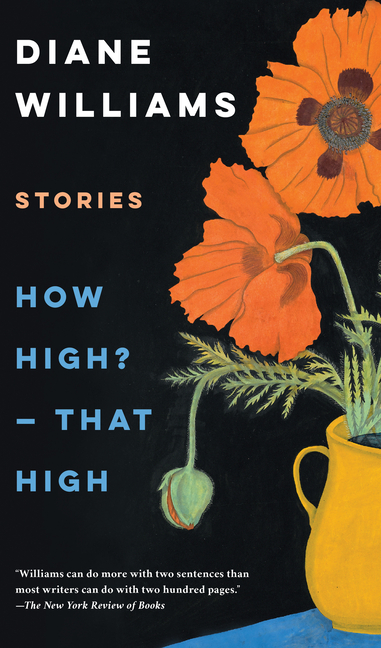 Diane Williams
Positive New York Times Book Review The aphoristic quality so often assigned to Williams’s work arises here not from a lack of \'story,\' but from syntax and speed ... Williams is especially fond of making the familiar strange through inverted syntax ... Williams is today revered for composing through subtraction. I can’t help wondering if marriage, unlike fiction, necessarily suffers when exposed to similar techniques: Stripped of all the scenes that first brought two people together, relationships are reduced to fragile erotics ... At her best, Williams adopts a metafictional awareness of the scrutiny readers are likely to train on her not especially forthcoming leads ... Is leaving too much unsaid among those shortcomings? Maybe. But fiction ought to lead us to those precipices where language fails and silence begins. You would be well advised, with a master like Williams, to take the plunge. 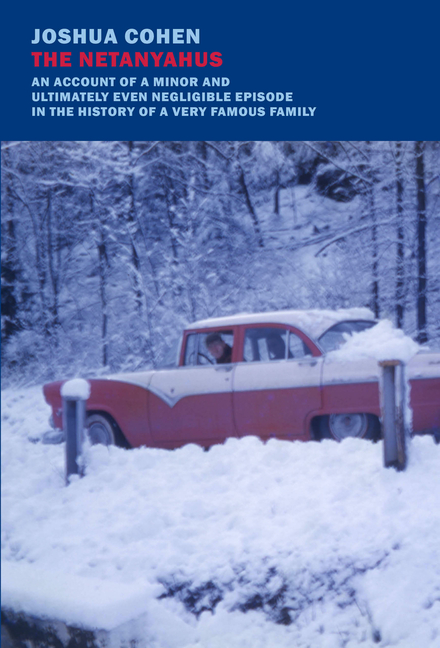 Joshua Cohen
Positive Foreign Policy As a narrator, Blum has many charms, chief among them the history-making knack for being in the wrong place at the wrong time ... Gone is the twitchy swagger of the multiple Joshua Cohens who populated Book of Numbers, replaced here with the bourgeois aw-shucks of a middle-aged dad who struggles to light a fire, forever forgetting to open the flue. It would be hard to overstate the comedy this recalibration of Cohen’s skills achieves ... The true trick of The Netanyahus is that it can be read on two levels, romp or polemic, and not at once—it’s a bit of a duck-rabbit, in the end, flipping between the binary of the story of the founding of a nation and the story of the founding of a family ... the novel is a lark; taken as a metafictional study of national identity and hegemony, it does most of what Cohen has always done well—wordplay, polemics, puns, the politics of assimilation, Jewishness, innovation in the novel as form—to harrowing effect. 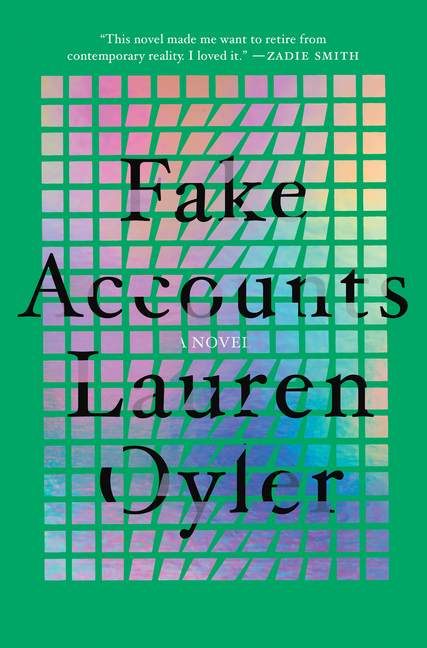 Lauren Oyler
Rave 4Columns Lauren Oyler’s debut novel, Fake Accounts [...] reads like an Isherwood novel turned inside out: heterosexual, apolitical (though there’s a great deal of skepticism of other people’s political feeling), and ultimately interior ... Isherwood’s “I” recedes; Oyler’s turns the camera around to take a selfie ... Luckily for Fake Accounts, in literature, the unflattering angle is often more entertaining ... Fake Accounts has vacuumed up so much of the twitchy psychology of high-stakes social media that I’m less and less inclined to think of it is as a novel ... Steeped so completely in the defensive patterns of being online, Fake Accounts conjures a different, if still familiar, feeling; you read less out of absorption than a kind of gossipy addiction, even as you feel the content, in the long run, might do you harm. Oyler seems to have broken ground on what you might call a book-length work of virtual realism—a true achievement of verisimilitude of being online.

David Diop, tr. Anna Moschovakis
Rave Foreign Policy At Night, however, is ultimately more ghost story than hysterical picaresque. It is at once a deeply violent and gentle book. Blending modernist monologue with myth, Diop explores the disturbing outer limits of what we do to others, and of what war can do to us ... At Night All Blood Is Black extends and revises this recognizable style into something unique. It’s a leaner, sparer book than Céline’s or Hasek’s, more haunted than antic. The narrative is voice-driven and deadpan in the face of brutality, but Diop’s irony accents the chilling over the tragicomic. And while earlier responses to World War I emphasize the meaninglessness of life in the face of wartime horrors, At Night insists on a twisted logic of devotion ... there is great beauty here. Diop’s sentences have a tidal quality, carrying in phrases worn smooth with repetition ... a stunning iteration of the very oldest stories about the plunders of war. 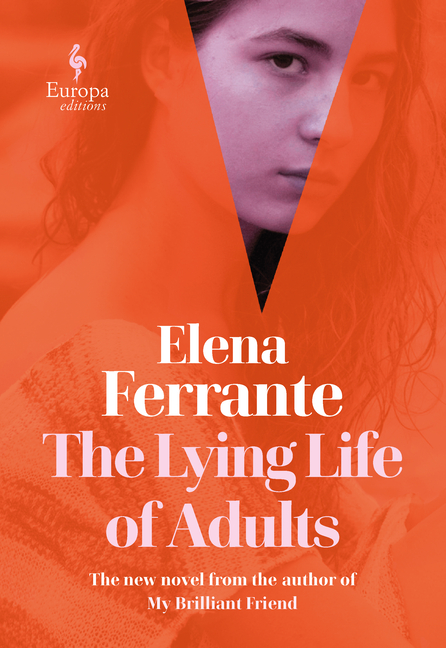 Elena Ferrante
Mixed 4Columns Giovanna’s self-seriousness, combined with her frenetic religious and romantic impulses, leads to some abrupt plotting and messy pacing at the three-quarter mark; the \'I,\' as the sole narrative rudder, loses control in choppy waters. The prose, by contrast, translated from the Italian by the award-winning Ann Goldstein, remains consistently rhythmic and composed. Ferrante’s similes run their typical range from plainspoken precision to almost clumsy ... More so than any of Ferrante’s previous books, Lying Life exists as a novel of ideas. The antinomies of body/mind, sex/chastity, material/ideal hint at how the materiality of life—the underlying conditions of one’s class, the body itself—can constitute a kind of fate, the force we’re left with when the future is not our own. Economic determinism, she suggests, leaves us stratified, bitter, stuck. (Dubious pastry metaphors come to mind.) Still, the book’s sense of narrative inevitability, so characteristic of Ferrante, exerts a strong gravitational pull. Fate propels the fairy tale, after all. 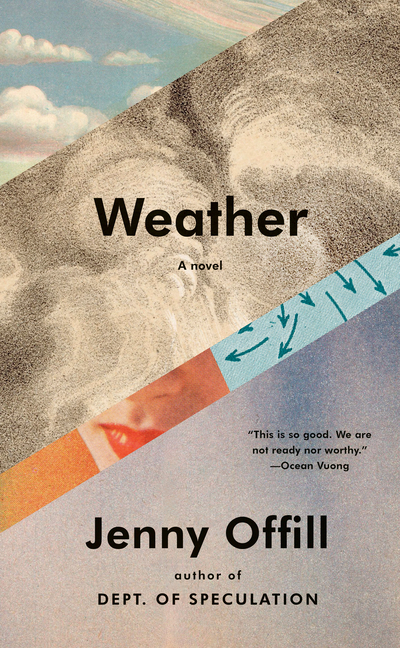 Jenny Offill
Rave 4Columns ... entertains, with humor and urgency ... In a fresh angle for climate literature, Offill has neatly framed the problem of prioritizing lives ... At the mournful heart of this otherwise light-footed novel lies a recognition of the limits of care: you can’t save everything, love everyone. You have to choose, and soon ... Lizzie’s more explicit jabs offer welcome comic relief, but they can on occasion feel too expected—the usual suspects have been rounded up. Nevertheless, Weather is an important reminder that \'domestic\' fiction is eminently suited to addressing social and ecological, as well as familial and personal, apocalypse. Offill has agilely coordinated many of the forces hastening destruction and counterbalanced them with a parent’s visceral, helpless anxiety for the next generation. 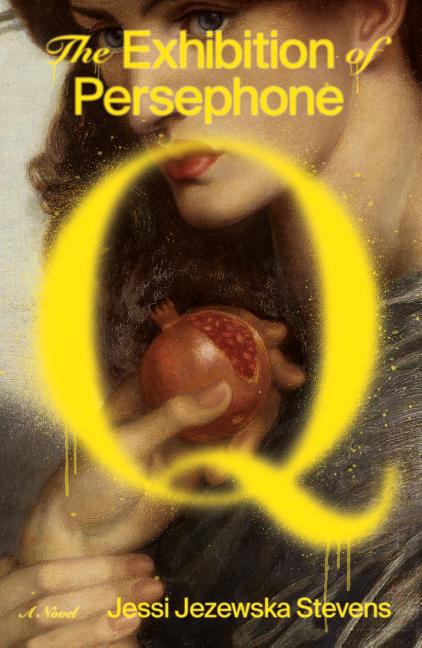 Jessi Jezewska Stevens
Rave The Women\'s Review of Books Stevens spins a bizarre, ghostly story in a bizarre, ghostly New York, flickering with memories and hallucinations ... [The protagonist\'s] story is one many women will find familiar ... Unusually enough, Stevens—who has a BA in mathematics—analyzes these abstract issues with heavy technicality. It’s an unorthodox choice, and tricky at first, but it soon becomes clear that no other style could fully encapsulate Percy’s story ... Stevens has combined the surreal with the actual to create a book painfully relevant to this new age of female testimony. Persephone Q deals dexterously with the theme of the Muse. Anyone, she teaches us, can make a woman into whatever they’d like her to be ... leaves us at the tail end of a crucial moment, one that perhaps could’ve been developed to a cleaner resolution. But in all other aspects, Stevens has written a fantastic debut that asks more questions than it gives explanations. The reader may see herself in nearly every facet of Percy, whether or not there are any similarities to be drawn. The protagonist we envision after following Percy’s story can never be the exact one that Stevens designed.

Marie Ndiaye
Positive 4Columns Writing against cliché—e.g., cooking is a site of carnage, not delight—is vital to NDiaye’s novels. Borrowing from Freud, supernatural thriller, and family saga, her work is famously difficult to classify ... Reading NDiaye is akin to coming across a previous patient’s psychological assessment on your therapist’s desk; you’re hopelessly drawn in, even as you ought to look away ... In The Cheffe...it is the narrator’s unreliability,...that generates NDiaye’s characteristic mystery and menace ... It is typical of NDiaye to transform bourgeois pleasures—French cuisine, tropical vacations, interior design—into discomfiting forms of mild torture ... At end, there are those who will complain that NDiaye’s work is \'too challenging\' to enjoy. But novels that go down easy come with hazards of their own: as our narrator warns, \'you don’t feel respected as a customer and an eater, you feel ashamed for the cook.\' 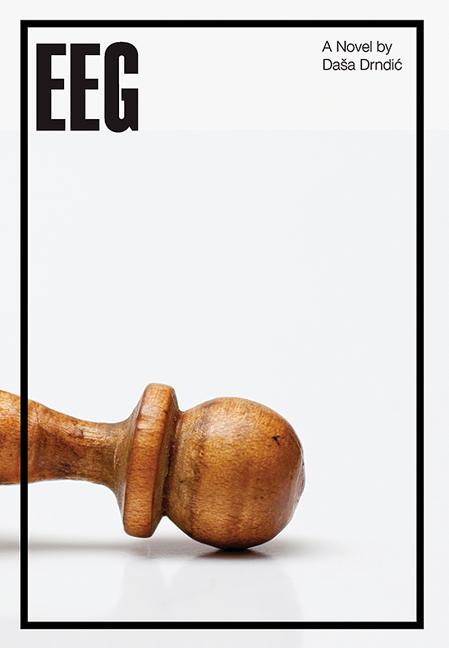 Daša Drndić, translated by Celia Hawkesworth
Rave 4 Columns Drndić’s sentences are stubborn, direct, functional as doorstops, though when she lets a thought swing wide on its hinge, it can sweep a hyperbolic arc ... The novel’s self-proclaimed aloofness to ordinary literary pleasures ignores the power of its own exaggerated, allusive imagery ... Wonderfully, EEG’s metafictional antics and tragicomic rage manage to undermine its own literary pessimism, reaffirming for even the most disaffected reader a conviction in empathy, knavery, and unlikely beauty; in the human capacity to accept, in the form of a book, a gift.
© LitHub | Privacy