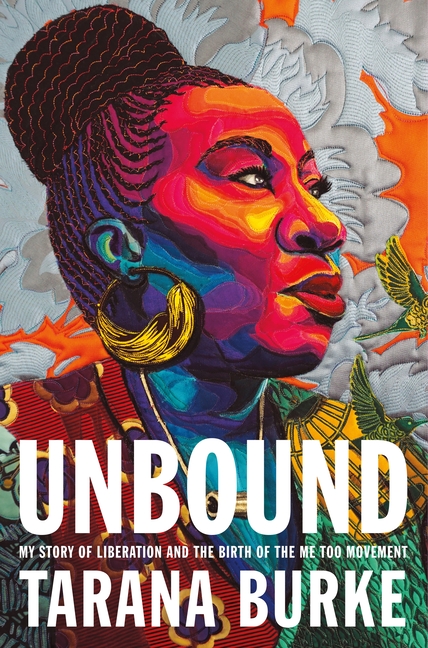 Tarana Burke
Rave Bookreporter ... a must read ... Tarana’s writing is raw and brutally honest, and she does not sugarcoat anything ... According to the publisher, Unbound \'is the story of an inimitable woman’s inner strength and perseverance, all in pursuit of bringing healing to her community and the world around her, but it is also a story of possibility, of empathy, of power and of the leader we all have inside ourselves.\' I couldn’t have said it better myself.

Kelsey McKinney
Positive Bookreporter ... an impressive effort ... It doesn’t seem like much is going on here in terms of action, but the plot is strengthened by numerous twists and turns. It is written so masterfully that it reads more like a top-notch thriller. McKinney raises some fairly controversial issues and resolves them in a way that might not be acceptable to everyone, but is undeniably realistic ... Despite the slow beginning and the sometimes long and detailed descriptions, it is a highly satisfying read. McKinney won me over with a mesmerizing story that she tells beautifully. 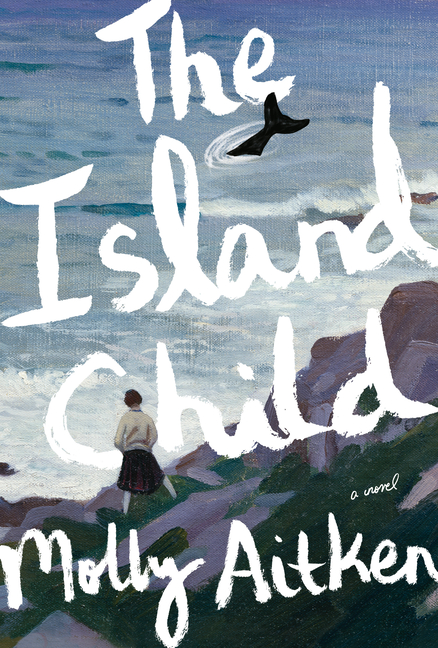 Molly Aitken
Rave Bookreporter From the very beginning, I was mesmerized by how the story was written. It is quite dark and atmospheric, and author Molly Aitken does a magnificent job depicting a harsh life on the island where gender roles are strictly divided and where, if one wants to survive, one has to be a part of the community and listen to the priest. On another level, the story amazingly displays consequences of an emotionless relationship filled with resent, and how that can lead to transgenerational unhappiness. It also demonstrates what happens when someone else makes decisions about our lives and destinies, and when choices are taken away from us ... A complex and multilayered story that is beautiful, magical and sad, The Island Child is a book that you will want to consume in one sitting. 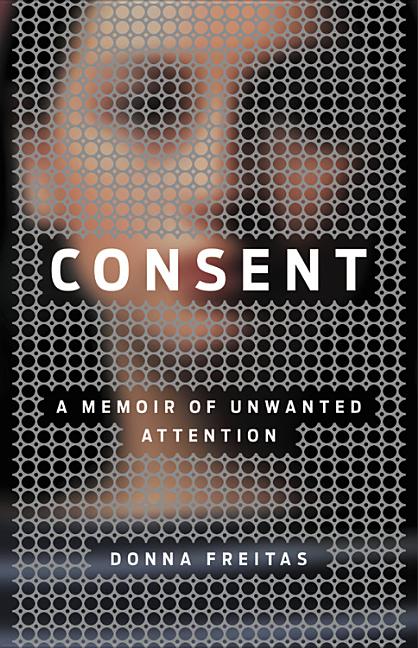 Donna Freitas
Rave Bookreporter ... an important book because it illustrates how victims blame themselves, and how institutions are eager to maintain their good public image and not help those who have been wronged. It also shows that women who are being harassed are in no position of power and are forced to remain silent --- sometimes forever --- while emphasizing that stalking and harassment must be taken seriously as it can leave deep psychological wounds ... Freitas has written an honest, brutal and raw memoir not only about the unwanted attention she received, but about sexuality, philosophy and feminism. In order not to be written out of her own story, she decided to tell it 20 years later. It is never too late for accounts about violence against women to see the light of day. Consent is a must-read. 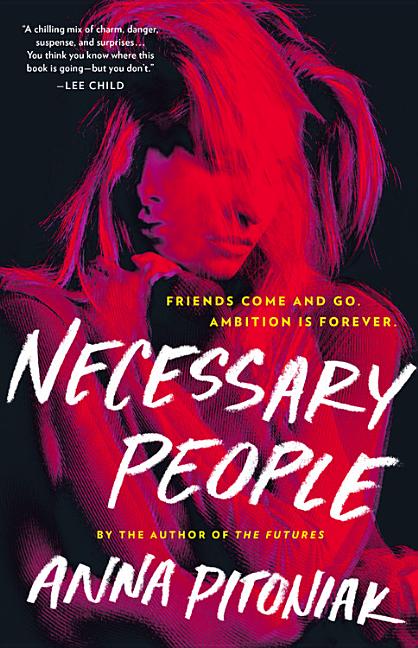 Anna Pitoniak
Rave Bookreporter ... a phenomenally written novel that keeps up the tension from the beginning until the very end, with a storyline that is flawless. It is a psychological thriller (I kept asking myself Who is the bad guy and who is the victim here?); a critique of society; and a showcase into the world of the privileged and super-rich (\'old money\'), and their offspring ... This is a book worth reading because, in addition to what already has been said, it poses and addresses an important question: \'What are we prepared to do, and how far would we go, in order to achieve our ambitions and be successful?\'

Laila Lalami
Positive Bookreporter \"During her time of grief, Nora grows close to Jeremy, but their relationship is as fragile as she is. I loved reading their narrative because both are complex characters, and author Laila Lalami has carefully crafted them and the story around them. However, introducing the viewpoints of the other characters mentioned above makes the novel a bit confusing. It opens up too many plotlines, not all of which are connected to the main story. Furthermore, Lalami does not give us any indication of what happens to these supporting players, which often made me frustrated. Still, The Other Americans is worth reading. The writing is superb, lyrical and beautiful, and I enjoyed immensely how Lalami crafted each different voice in a unique way.\ 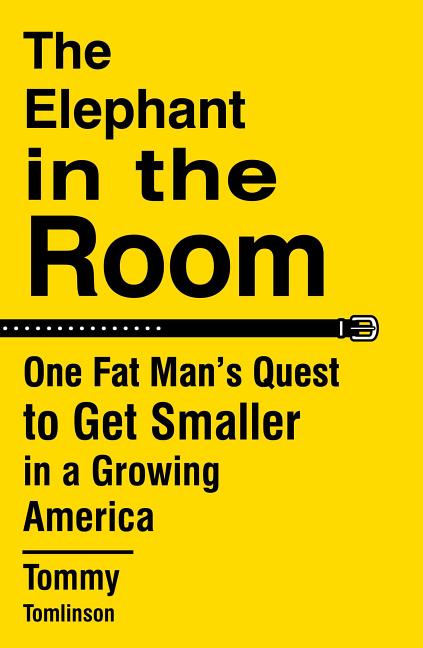 Tommy Tomlinson
Positive Bookreporter Tomlinson’s honesty sometimes borders on brutality as he strips his soul naked. However, there is no self-pity here or blaming others, and he peppers the text with a lot of well-placed humor. He also emphasizes that being overweight does not automatically lead to illness and that his health, despite his weight, was fine ... an amazing book that I highly recommend, even if you are not seeking to lose weight. Since most of us experience some kind of struggle in our lives (which may or may not be related to our weight), it’s always fascinating to see how one deals with these challenges. And aren’t you just a bit curious to find out how much weight Tomlinson ended up losing?

Anissa Gray
Positive Bookreporter \"Anissa Gray has written a beautiful debut novel. Though the characters may not be especially likable, they are strong and three-dimensional. The narrative, voiced from the points of view of the three sisters and through Proctor’s letters to Althea, is slowly paced yet well balanced, with just the right amount of interaction among the characters, inner dialogue and reminiscences ... Despite its slow pace, the novel does not drag. In fact, it made me savor the story, the characters and the plot. I felt compelled to keep turning the pages to find out what happens to the girls and if they will be able to escape the clutches of the past.

Nicole Baart
Positive BookReporter A cross between women’s fiction and a mystery. The mystery is what kept me reading ... the story does drag a bit, as too much of the pace is lost in descriptions of Jess’ daily routines, along with her thoughts and anger. But Baart manages to add nuggets of mystery to each chapter; the desire to know what Evan discovered and the circumstances surrounding his death had me hooked. The revelation of secrets happens gradually, only to be fully unveiled in the last three chapters, which I read frantically ... Despite the slower pace, You Were Always Mine is an interesting story that deserves to be read and talked about. 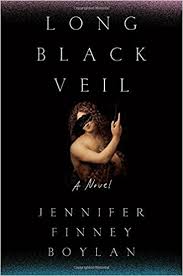 Jennifer Finney Boylan
Rave Bookreporter.com Long Black Veil is absolutely fantastic... A virtuosic mix of family drama, mystery and thriller, the novel centers on the remaining friends, thus enabling the reader to discover what has been going on with them in the years following the incident at the penitentiary ...main focus of the book is on the short period in the present, the timeframe in which Wailer’s body has been found until the service is organized for her ... This storyline is beautifully incorporated into the book and resonates with a very strong message about fears, secrets and the past ...is simply magnificent; it is masterfully written and thrilling, and full of complex characters. Boylan shows how wrong decisions and stupid mistakes can cost us the future, but also how important it is not to live a lie.
© LitHub | Privacy