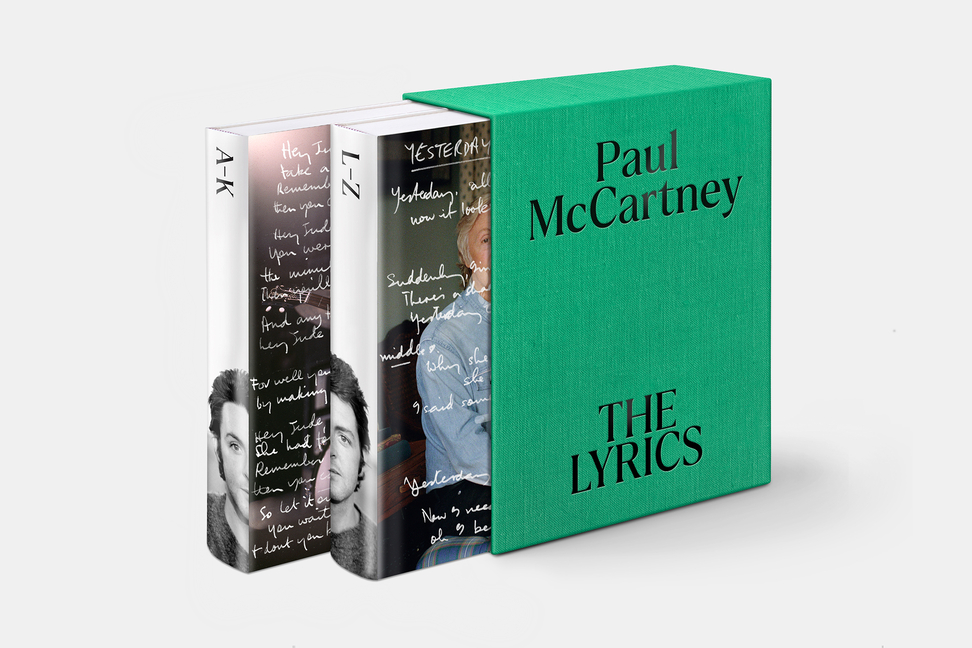 Paul McCartney, Ed. by Paul Muldoon
Positive The New York Times Book Review ... lavishly prepared ... The books’ title, in its declarative terseness, proclaims the books’ definitiveness. It’s not Selected Lyrics or Paul’s Favorite Lyrics or Lyrics That Remind Paul of a Little Story He’d Like to Share, but just The Lyrics, and it’s misleading. The books provide a carefully curated selection of lyrics: 154 out of the more than 400 songs McCartney wrote or co-wrote on 22 Beatles studio albums and 26 Wings and solo albums, along with singles and B sides ... It would be easy to fill the rest of this review space with the titles of less-than-print-worthy lyrics from McCartney’s vast catalog ... To read over the words to these 154 songs is to be impressed not merely with McCartney’s productivity but with the fertility of his imagination and the potency of his offhand, unfussy style ... makes clear that McCartney has written on a high level long past his Beatles years, and even the weakest lyrics in the books have a character all their own: a feeling of giddy playfulness and unguarded experimentation. They’re a joy to read because they exude the joy their maker took in their making ... The text is loose and ruminative, and it reveals a great deal about what McCartney thinks about life and music, and what he would like us to think about him ... Over and over, McCartney shows how deeply he is steeped in literary history and how much his output as a songwriter has in common with the works of the likes of Dickens and Shakespeare ... While pronouncing his love for Lennon as a longtime friend and creative partner, Paul is pretty rough on him at points in The Lyrics. His main crime is one of omission, passing on opportunities to point out Lennon’s signature contributions to songs they wrote collaboratively ... Yes, we all know that McCartney can’t help defining himself in relation to Lennon. Still, as he shows convincingly throughout The Lyrics, you don’t have to make the other guy out to be an idiot to prove that you’re a genius. 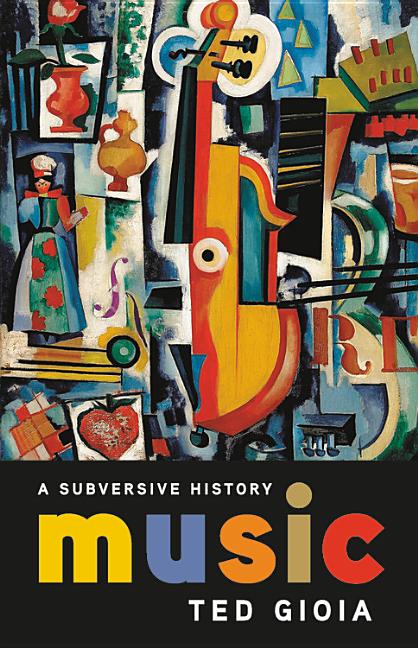 Ted Gioia
Mixed The New York Times Book Review ... smart but readable, sometimes giddily effusive passages ... The charge that educators, arts institutions and music historians other than Gioia are, on the whole, blind to the value of transgressive innovation threads through Music: A Subversive History. This would no doubt surprise people at the institutions that have been organizing the Bang on a Can event series, the White Light Festival, Crossing the Line, the Vision Festival and other programs presenting venturesome, hard-to-categorize and often radical music in New York City alone. It would rattle the many music educators I know who are generally fearful of being taken to task for thinking too subversively, rather than too conservatively. And it would surely rankle authors such as Brent Hayes Edwards, Jennifer Lena, Allen Lowe, Kristine M. McCusker, Ann Powers, Alex Ross, Elijah Wald and others who have written probing, eye-opening works of music history untainted by reductive traditionalism or capitulation to tropes and clichéd thinking ... For all its sweep and noble intentions, Music: A Subversive History has a limited conception of what constitutes subversion ... he gives short shrift to the fiercely radical gender disruptions of Ida Cox, Mamie Smith, Ma Rainey, Bessie Smith, Lucille Hegamin, Alberta Hunter and other sexually fluid and dynamic, proto-feminist women who made the blues a major force in American music a decade before Johnson recorded his first tracks ... Undervalued in his scheme is the challenge to musical ferocity that’s part of the cycle of aesthetic disruption and normalization: beauty. 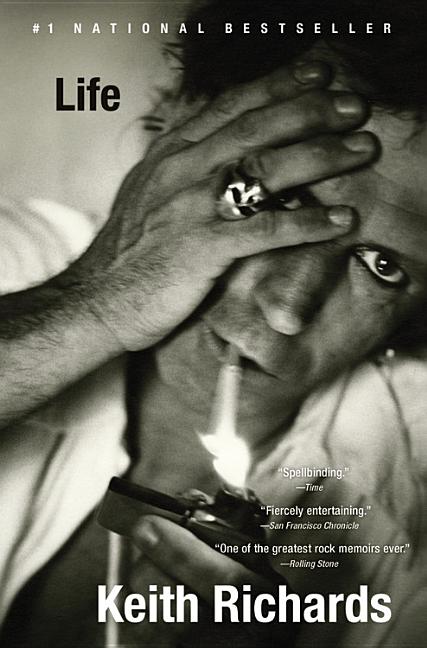 Keith Richards
Rave The New Republic Life is unaffected and blunt, and in its dozy, casual sketchiness, it mirrors its author’s guitar playing. Still, the book is something other than—not something less, but something different than—a masterpiece of literary autobiography. Richards’s great resource as both a musician and a writer is his offhandedness, an attribute that prevents him from probing into his life with a great deal of analytical depth ... a monument of lucidity.

Maxine Gordon
Rave The New York Times Book Review \"Although fairly short passages from Dexter Gordon’s notepads appear here and there, the book is mainly Maxine Gordon’s, and that’s to its benefit ... Sophisticated Giant is a work of considerable sophistication, the first-person testimony of its subject employed with affectionate discipline, smartly contextualized and augmented by material from interviews Maxine Gordon conducted with the tenor saxophone masters Sonny Rollins and Jimmy Heath, the record producers Bruce Lundvall and Michael Cucsuna, and others ... Maxine Gordon astutely frames the fiery daring of Dexter Gordon’s generation of bebop innovators in the context of rising black consciousness and creative agency in midcentury America ... With Sophisticated Giant, Maxine Gordon has produced a homecoming even more dramatic, and perhaps more important, than the one she helped arrange for him in 1976: She has brought back the restive teenage fireball who wanted only to play some new music.\ 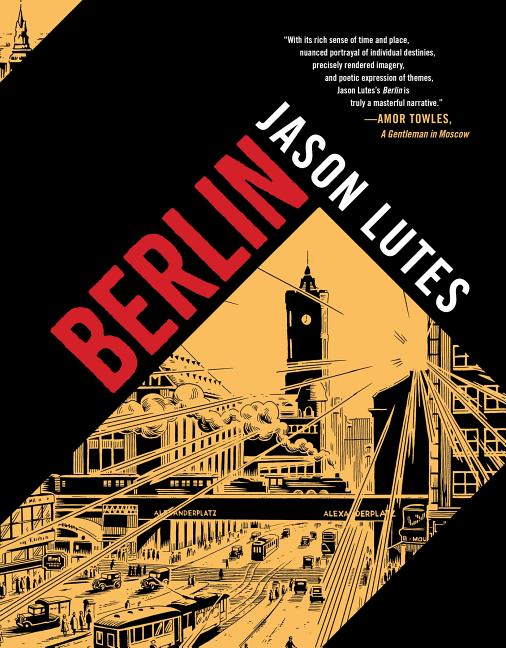 Jason Lutes
Rave The Nation Jason Lutes dedicated over 20 years to the making of this work of more than 550 pages of nuanced, exactingly rendered pen-and-ink drawings and dialogue ... Lutes spent the time well, crafting multidimensional, true-feeling characters in a set of stories connected by the unstable circumstances of their time and place ... What Lutes contributes to the exhaustively documented, utterly familiar history of this time is a set of fictional characters from everyday life who ground the period with such intimacy and so much veracity that we feel as if we’re seeing it through new eyes, observing it so closely that we feel it directly ... The existence of these people in the panels of cartoon drawings is a testament to the richness of Lutes’s creative imagination and the evocative precision of his art ... In total, though, I count 10 or 12 less-than-great pages out of 550-plus. A marginally flawed masterwork, Berlin is a significant contribution to the fiction of place. 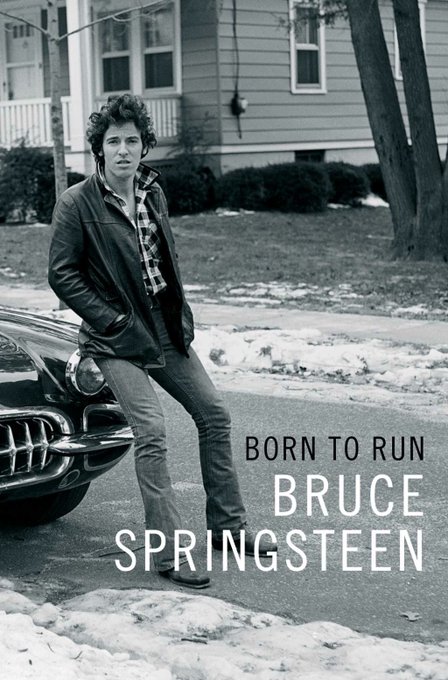 Bruce Springsteen
Positive The Nation Among the surprises in this beauti­fully written, open-hearted memoir is how thoroughly it covers the distance between Springsteen’s ingrained image of stolid emotional (and physical) muscularity and the reality of his experience ... Springsteen’s lifetime of struggle to come to terms with his father is a dominant theme of his memoir, and the passages of narrative and rumination on the subject are the most powerful sections of the book ... Born to Run, like its subject, is smart, ambitious, and mesmerizing, but uneven—diminished, though not terminally, by a current of self-satisfaction running below its Jersey-boy humility. 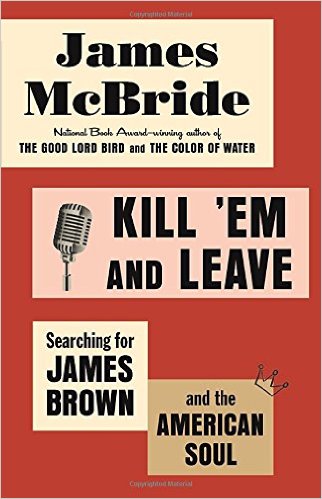 James McBride
Positive The Nation It’s a stunningly unorthodox book, indifferent to the conventions of biographical nonfiction. It honors its subject by its brave peculiarity, rising (for the most part, but sometimes falling flat) on its own terms. The book is a hybrid of forms, largely a telling of Brown’s life story and partly a telling of McBride’s search for that story, with digressions about the author’s own life, essayistic ruminations on Brown and his music, and free, looping riffs that have the energy of improvisation...With Kill ‘Em and Leave, McBride provides something lacking in most of the books about James Brown: an intimate feeling for the musician, a veracious if inchoate sense of what it was like to be touched by him. He accomplishes this by fairly unconventional means: He introduces the reader to a select group of Brown’s intimates, one at a time, and lingers with each of them before breaking away at unexpected points to veer off on fanciful tangents. 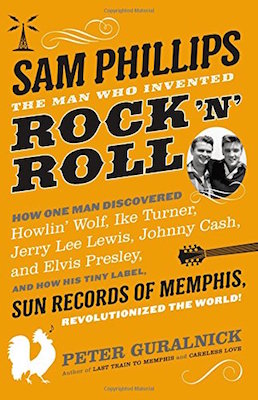 Peter Guralnick
Positive The New York Times Book Review Guralnick draws from his deep mine of knowledge about Phillips and his world — a mine with passageways to some dark places — to produce a book so thoroughly steeped in its subject that it is almost an autobiography in the third person. 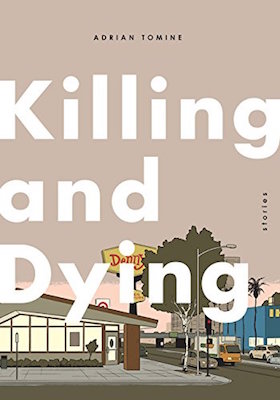 Adrian Tomine
Positive The Nation I can’t think of a writer who could have pulled this off more effectively than Tomine, the living master of the withheld.
© LitHub | Privacy