Benjamin Dreyer
Mixed Book Post In general, then: I like this book very much; it is sound and funny and useful; I have already recommended it to many students and friends and will continue to do so ... I have two reservations: Dreyer never mentions his most obvious debt, to The Elements of Style. My other reservation is kin, perhaps, to the first, and has to do with tone ... Though long, and a little baggy, the book is well designed for browsing ... Dreyer sometimes slides into a pomposity that is no improvement; just look at his book’s title. His English, indeed ... what, after all, can one make of seven dense pages of acknowledgments but to conclude that the writer has seized the microphone at his own imaginary Oscars ceremony, refusing the prompt of the travelling-music designed to get him offstage? 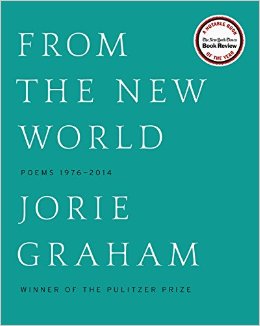 Jorie Graham
Rave The New York Review of Books Our new world is a fraught one, as she makes clear in ‘Guantánamo,’ alongside poems that meditate on World War II, on the poet’s youthful involvement with the student demonstrations in Paris in 1968, and touching with a cool observing eye on a wide range of assorted public matters such as foreclosures, artificial intelligence, racism, and unemployment … What makes Graham’s grappling with the political distinct, in this moment, is her unapologetic insistence that here the political is absolutely personal—that her reckoning with the destruction of the earth is also that reckoning with her own mortality … In the service of describing something of what Graham does and says in her poems, it seems I have neglected to convey the beauty and the joy that her work also brings. I would describe it as a solemn beauty, even a harsh one.
© LitHub | Privacy