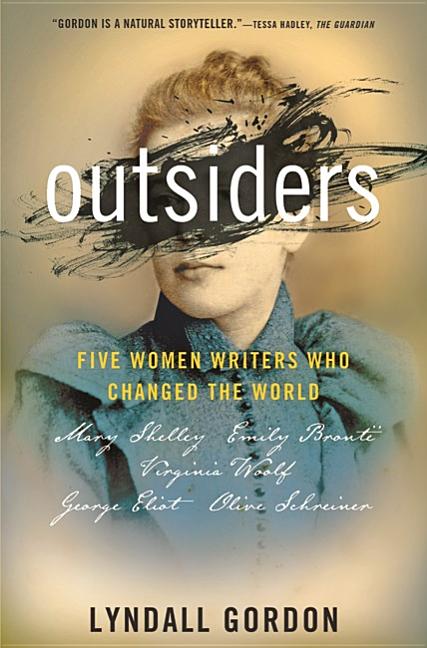 Lyndall Gordon
Rave The Hudson Review Outsiders has some peculiarities and flaws, that...can enchant and frustrate. The critic and novelist Philip Hensher, in his review for The Spectator, put his finger on both the vagueness and inaccuracy of \'outsider\' as a label for all of these women ... Some are born to outsiderhood, others achieve it. Does Gordon thrust outsiderhood on these women? Why did she choose these writers, whose stories, even Schreiner’s, have been so frequently rehearsed? Ultimately what really connects Gordon’s version of these lives is her own sensibility. These writers reward the kind of reading Gordon excels at—intensely focused writing with pressure put on words and images, at least as important as any \'message\' a poem or novel might have ... . In the scholarly Outsiders, there are many, many moments in these stories (including in the footnotes) where Gordon strips away the familiar known fact to give us a better sense of the confusion of a life as it is lived .... Her vision keenly perceives below surface quirks to the deep weirdness of an individual personality ... I particularly admire Gordon’s care in stopping before she falls off into what is not there. For Emily Brontë, for instance, she says, \'It is difficult or impossible to reach her except through her writings. She will not say some of the things you and I would most like to know\' ... On Gordon’s long journey in Outsiders, there are places I can’t or won’t follow her. My margins are marked with quibbles, cavils, different judgment calls, profound disagreement, and what I think are a few downright errors. But however humanly imperfect, this book, filled with wisdom, is Gordon’s rutter to the voyage out. There is no frigate like a book to take us lands away.

Nell Stevens
Positive The Wall Street Journal Many writers have paralleled their reading and their lives ... Ms. Stevens ups this game of fact vs. fiction by declaring that none of it really matters: \'Every word has been filtered through the distortions of my memory, bias and efforts to tell a story. . . . Studies, letters and texts excerpted here are not always faithfully quoted.\' If you’re attracted to an unreliable narrator who blends the sportive and the poignant, the emotional and the knowing, Ms. Stevens’s creative memoir may hit your sweet spot. If a more conventional narrator who shares those qualities is your cup of tea, perhaps you should turn to Elizabeth Gaskell ... Does the course of Ms. Stevens’s trans-Atlantic love run smooth? It would be unfair to say. There is one shareable tidbit that’s not in the book, however. Reader, she finished the dissertation.

Margalit Fox
Rave The Wall Street Journal The loving letters he [Slater] wrote from jail to his parents and sisters in Silesia, sampled by Ms. Fox, form a poignant counterpoint to the impersonal rhetoric of the police report, law court and newspaper story. Ms. Fox, a former obituary writer for the New York Times, has an eye for the telling detail, a forensic sense of evidence and a relish for research. She weighs the material evidence that, at one point, put Slater’s life in the balance ... Along the way, she explores conflicting schools in early 20th-century criminal investigation as well ... As for the Slater case, the approach was a hodge-podge of inadequate evidence and testimony and opportunistically wishful thinking, as Ms. Fox shows so vividly. So in the end, whodunnit? ... If you fancy yourself a second Sherlock Holmes—or Conan Doyle, for that matter—the game is still afoot. 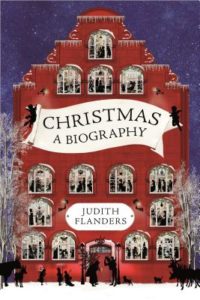 Judith Flanders
Positive The Wall Street Journal Judith Flanders, a marvelous explicator of 19th-century culture high and low, has written a plum-puddingy history of Christmas, an ‘amalgam of traditions drawn primarily from the Anglo-American world and the German-speaking lands’ … Ms. Flanders, too, makes sure we get a sense of what underlay the cheerful romps of Victorian Christmas … She overlooks Hispanic celebrations like Las Posadas (nativity processions coinciding with Aztec solstice festivals), still celebrated from New Mexico and Texas to Michigan and Oregon. Ms. Flanders does discuss non-Christian festivals that have grown in prominence as a response to Christmas, like Hanukkah and Kwanzaa. 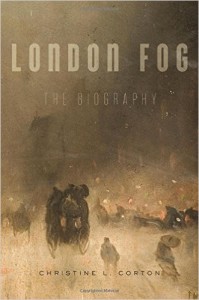 Christine L. Corton
Rave The Wall Street Journal “Drawing on novels and poems, paintings and films, Ms. Corton’s study is crammed with thought-provoking elucidations. It sounds hokey to say it, but she has shed a bright light on the fog.”
© LitHub | Privacy