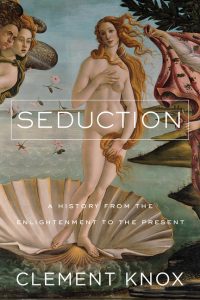 Clement Knox
Positive The New York Times Book Review Knox takes us through the lives of memorable seducers and their critics, in sometimes academic and sometimes rococo prose dappled with doges, coups de foudre, rakes, bawds, coquettes, coxcombs and procuresses — with guest appearances by members of the Frankfurt School sunning themselves in La Jolla ... Knox’s dialectics follow us throughout: It turns out that we were just as conflicted about seduction centuries ago as we are now. Depending on whom you ask and when, the seducer is either a manipulative villain exploiting innocents or a heroic figure of sexual liberation ... There’s always a debate for reason versus passion, for valiance versus depravity, Knox argues.

Lori Gottlieb
Positive The New York Times Book Review \"... an irresistibly candid and addicting memoir ... [Gottlieb\'s] book does feel deeply, almost creepily, voyeuristic ... In showing us how patients reveal just a part of their selves, [Gottlieb] gives us a dizzily satisfying collage of narratives, a kind of ensemble soap opera set in the already soap operatic world of Los Angeles ... Gottlieb can be judgmental and obsessive, but she’s authentic, even raw, about herself and her patients.\

Rick Gekoski
Mixed The New York Times Book Review The novel, less a political story than one of a family unraveling, is loosely a roman à clef ... Unfortunately, he has now chosen to tell it from the adults’ point of view, so we lose the richness and insight the young Gekoski must have experienced so intimately. I would have loved to read this book as a fictionalized memoir told from the boy’s perspective ... As it stands, the adults in the novel feel empty, distant, just gossiping shadows passing before the children’s eyes, talking about politics and divorce and affairs. 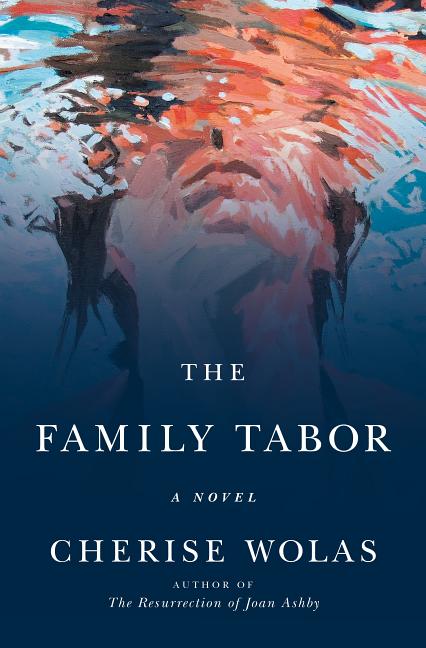 Cherise Wolas
Mixed The New York Times Book Review Wolas illuminates the rich, complex histories of the older Tabor generations, when they were Tabornikovs, and the sense of loyalty to one’s family history is so vivid in the novel it is practically its own character. Unfortunately, it also takes up a lot of space in an already long novel ... The Family Tabor suffers from one jarring flaw: Harry has forgotten for 30 years how he made his fortune. He confessed to his wife, who’s a shrink, at the time, and she made him promise to give the money back. How has the subject not come up since? (Also, they’ve been having fabulous sex for 44 years? I’d like a hallucinatory cantor to come into my life and tell me how that works.) More intriguing is the back-and-forth Harry has with himself over the morality of what he has done. How to weigh his crimes (insider trading, betrayal) against his good deeds (resettling hundreds of refugee families who would have suffered and perhaps died in their own countries)? These are among the richest sections of the book, and there are not enough of them. Instead, we get too much about Phoebe and why she’s single. 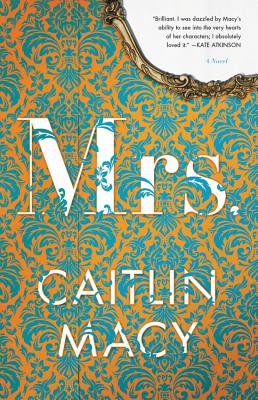 Caitlin Macy
Rave The New York Times Book Review ...[a] bristling, funny and ultimately savage novel ... Macy has clearly observed the world of aspiration and failure up close, which is why Mrs. has such a tonic air of authenticity. Within this novel, there’s almost an entire treatise on the decorating habits of the wealthy — and not so wealthy ... The boldest thing about Mrs. is that it focuses on the depths of women’s experiences as wives and mothers ... Mrs. could easily have been a glossy, rushed novel about bitchy, bored housewives nursing social resentment. Plenty of those have been published, passing from memory as quickly as the pages fly under your fingers. But Macy hasn’t written that kind of book. 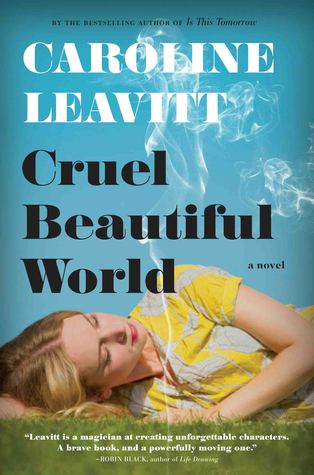 Caroline Leavitt
Pan The New York Times Book Review ...there are twisty and compelling touches, but the dark reality here is that William is a sexual predator who essentially kidnaps a girl and holds her in seclusion ... the news has been full of stories about children who have been raped, even murdered, and at first I wrote off my aversion to Cruel Beautiful World as a timing issue. But the rest of the novel — with its reams of psych-speak dialogue and Leavitt’s repositioning of William as a victim suddenly worthy of pity — seemed mawkish. 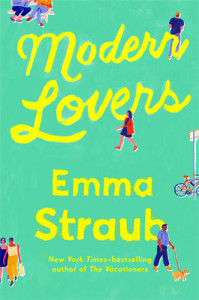 Emma Straub
Mixed The New York Times Book Review Perhaps these Brooklyn couples in their postmodern Peyton Place — one with nutritional yeast and cosmic trance nights and talk of ayahuasca retreats — are more sensitive than, say, most of the married couples in Tolstoy, Updike, Henry James, D.H. Lawrence or Jackie Collins. Or even, I would venture to say, Dr. Seuss. Modern Lovers hurries to tie up its loose ends, and the interwoven climaxes seem sludgy. The final chapter employs a lazy literary device, a series of announcements (a notice in the New York Times weddings section, trivia from one character’s IMDB page, a précis of a thesis proposal, postings from foodie websites) that would seem more at home in the closing credits of Animal House. (Bluto becomes a United States senator!) But up until then, Modern Lovers is a wise, sophisticated romp through the pampered middle-aged neuroses of urban softies.
© LitHub | Privacy