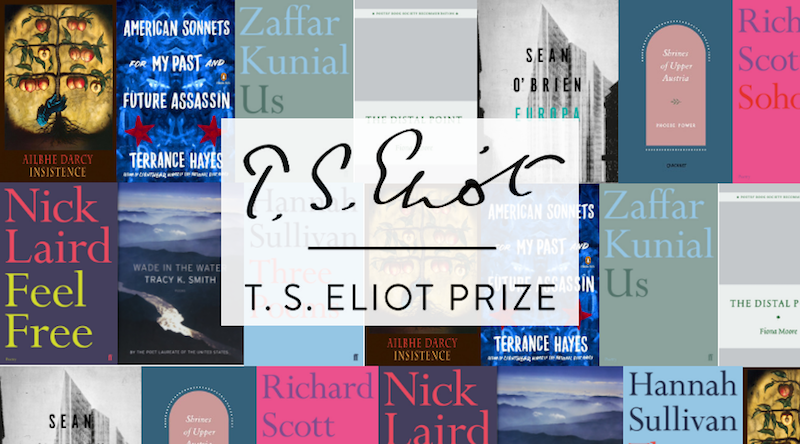 Across the pond on Thursday, the shortlist was announced for the T. S. Eliot Prize. The most valuable award in British poetry, the T. S. Eliot Prize is given to “the best collection of new verse in English first published in the UK or the Republic of Ireland” in any particular year. Along with a check for a cool £25,000 (who says there’s no money in poetry?), the winner will join an illustrious group of contemporary titans that includes Seamus Heaney, Sharon Olds, Derek Walcott, Anne Carson, and, most recently, Ocean Vuong, who took home the 2017 award for his celebrated collection, Night Sky With Exit Wounds.

This year’s judges are the poets Clare Pollard, Sinéad Morrissey, and Daljit Nagramong and among the ten shortlisted titles they have selected (five of which are debuts) are two of the most high profile American releases of the year: Terrance Hayes’ American Sonnets for My Past and Future Assassin, and US Poet Laureate Tracy K. Smith’s Wade in the Water.

You’ve got plenty of time to check out some (or indeed all) of these wonderful collections before the winner is declared on January 14th, and to give you an idea of you can look forward to, here’s a taste of what the critics said about each. 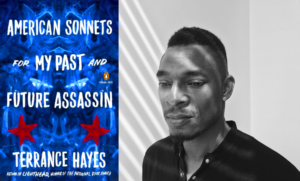 “American Sonnets for My Past and Future Assassin, the new book by Terrance Hayes, has a claim to be among the first fully-fledged works to reckon with the presidency of Donald Trump—and one of the most surprising … Each one is distinct: Some are sermons, some are swoons. They are acrid with tear gas, and they unravel with desire … Hayes loves language; he loves the round vowel and crisp consonant. He loves to stuff a line full of sound (‘the lunk, the chump, the hunk of plunder’), to write for the ear as well as the eye. His words call to be read aloud, to be tasted.” 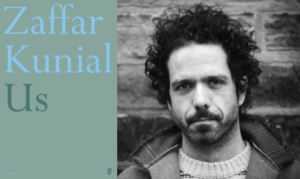 Us by Zaffar Kunial (Faber & Faber)

“There’s something unexpectedly moving about this sense that perhaps, at some point in the distant past, one of his father’s ancestors and one of his mother’s might have been gazing out across the Black Sea from opposite shores at the same moment. The poet recognises the ridiculousness of this thought, but still: ‘this bit, the almost meeting, / I’ve felt at some level, / a low level, mutteringly, / a kind of abysmal underneathness / or usness, under the heights / of language’ … Kunial may be a relative newcomer, but there’s something about the precise, thoughtful, unhurried way in which he interrogates language that marks him out as a unique talent. As the Scottish poet Jackie Kay has said, he is a real find.” 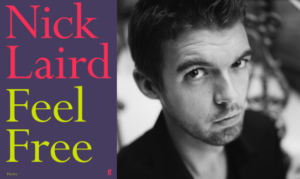 “Throughout this outstanding collection, there is the sense of an elsewhere, at once tantalizingly close and unreachable. The opening poem, ‘Glitch,’ describes a fall and the unshakable sense that follows, ‘of being wanted somewhere else.’ It recalls Emily Dickinson’s line: ‘Life is over there–Behind the shelf…’ Yet Dickinson’s lonely oddity could not be more different from Laird’s family scene … Laird is formidably accomplished—his poems range from free verse to villanelle (further exploring freedom and limitation through form)—and is keenly aware that language is only as good or bad as people make it … Several poems are one better than still lives—they function as animated lives … But the greatest joy of reading this unmissable collection is Laird’s peripheral vision as a poet: the deer seen from a suburban train; the unplanned signature on a windowsill in deep red dust; the many glimpses of elsewhere.” 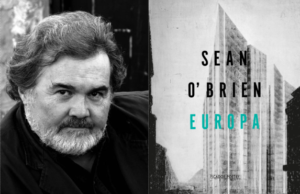 “Europa, his ninth collection of poems, situates his familiar preoccupation with the condition of England and Englishness against the recent political earthquake of the Brexit referendum. It does this in ways that are never simplistic, obvious, or tub-thumping, and such is his immense skill that you never see the joins: his cultural reference points are not furniture cluttering up his stanzas but an essential part of the structure; the impression is that the poem emerges at a late stage in thought, with all its awkward edges rubbed off, each detail a carefully assimilated piece of what Wallace Stevens called ‘the whole, the complicate, the amassing harmony.’ ” 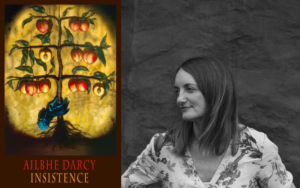 “What Darcy ultimately achieves is the art of insistence, of hauling the reader into a sidelong world in which they hardly know themselves, and words, kinetically-charged, insist on their own rousing reality … Darcy’s formal élan can be stunning. Along with her sensitivity to how space can be arranged around words she understands the art of repetition and how this movement in time functions as a form of life-affirming insistence … In the face of terrible knowledge, Darcy has managed the almost impossible here: a collection that, though written in time, seems to go on for all time. In Darcy’s fierce, word-shifting hands the future of poetry seems certain, even if nothing else is.” 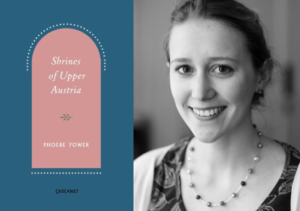 “Power personally conceives of the collection ‘…as a shrine: a gathering of objects, words and images important to someone, both as discrete objects and as a composition.’ This collage effect works very well in terms of keeping the reader’s interest piqued, such that the book can be easily read in one sitting, for there is no telling what might lie around the bend at the mere turn of the page. I particularly admire Power’s use of multilingualism throughout the book, with German and English echoing and augmenting one another within the same poem, and at times even within the same line or breath … Power is a poet who knows how to enter each poem with purpose, then to step off lightly when the moment is right. Her lyric portraits and prose poems are wry and knowing, with a keen attentiveness to the politics—both historic and current—of our modern world. Apart from singular truths, Power also offers scintillating imagery and deeply memorable lines.” 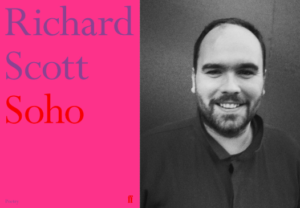 “By turns explicit and playful, elegiac and defiant, Richard Scott’s Soho draws on the fiercer traditions of queer poetry without ultimately depending on those who have gone before. The result is a debut not bound by allegiance to some generalised category but liberated by joy and clear execution … Scott and his poetry live in a world that we inhabit, but the sure eye and fierce joy of this book also make it a new world to rejoice in.” 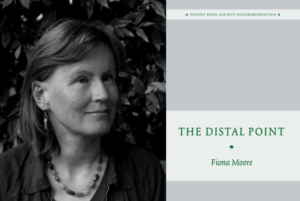 “Fiona Moore’s convincing understanding of the power of immediacy can be felt in both ‘Taking Visitors to Auschwitz’ and ‘After Five Years’ … this is one of the most powerful things about this remarkably confident first volume of poems: its understanding of the present … This is a debut volume of poems which stops the reader in their tracks: buy it, read it, and then read it again.”

–Ian Brinton (Tears in the Fence) 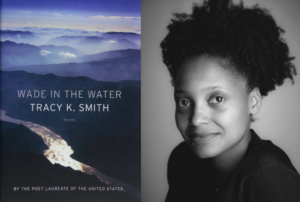 Wade in the Water by Tracy K Smith (Graywolf)

“What I have always liked about Smith’s poetry is her interest in other people’s lives. The lone self has been the sacred cow of lyric poetry since the ancient Greeks, and there’s no way to sever that link permanently, but a vacation now and then from self-absorption to look around and see what the rest of the human race has been up to can do wonders to one’s poetry … The poems in Wade in the Water are full of memorable images nimbly put together by Smith’s exquisite sense of timing and her feel for the kind of language appropriate to the poem … Wade in the Water is not only a political book. It asks how an artist might navigate the political and the personal, and the collection’s real strength lies in its many marvelous poems that are more private.” 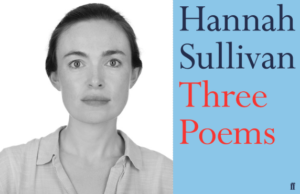 “Her alluring debut collection travels light, illuminated yet never shackled by scholarship, and investigates the way life does—and does not—revise itself. It is as though she were holding this Polish proverb up to the light: ‘Everything changes and nothing changes.’ She writes freshly about everything, including sameness. She is a sensual conjurer of atmospheres—writing almost as a poet-restaurateur. On a single page: cloves, rainstorm, peanut oil, ozone, brandy, frost, freezing blood and peaches ‘sitting with their bruises’—each with its own tang. New York resembles a delicatessen—the food more precise than the people eating. Sullivan’s poems are as intense as Edward Hopper’s paintings (although more crowded).”