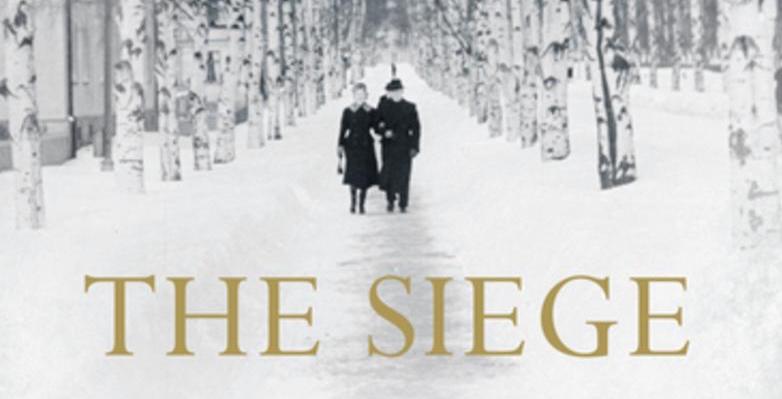 In the wake of her passing earlier this week, we look back on Dunmore's "elegant, starkly beautiful" historical novel of the Siege of Leningrad 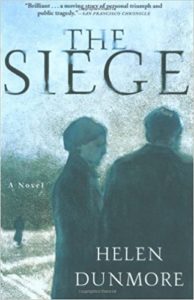 They stand close for a while, not touching, but breathing each other’s breath.

The city is silent now, as if for peace.

“It is an act of literary audacity to set a novel during the siege of Leningrad, more so if you are a British writer born more than a decade after that siege began. How can Helen Dunmore presume to understand the confusion and terror and pain that descended on the city in 1941, a nightmare so distant from the daily experience of her readers and herself? How is she able to convey the strange power of the city once (and now again) known as St. Petersburg, with its ‘crushingly magnificent’ buildings, its ‘beauty built on bones’?

After the first few pages of Dunmore’s seventh novel, questions like these become irrelevant. The best historical fiction delivers emotional truth through the lives of imaginary but ordinary people, making it possible to feel the texture of events that have been smoothed out by the generalizations of conventional histories. In Siege, the specific becomes epic as five people huddle in one freezing room and Dunmore describes what is happening to them in language that is elegantly, starkly beautiful. 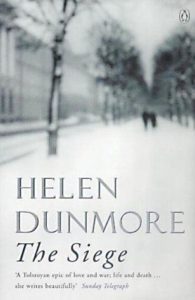 “Anna Levin is 23. Six years earlier, her mother died after giving birth to Anna’s brother, Kolya. Since then, Anna has been mother to the boy as well as housekeeper to her father, Mikhail, a writer increasingly out of step with Stalin’s directives. Her life as an art student has been replaced by the drudgery of a job at a nursery and standing in endless lines for food and supplies. Taking care of other people has become Anna’s art.

And then the Germans attack. Anna finds herself digging trenches while her father fights with the People’s Volunteers. ‘There are two realities now,’ she muses. ‘There are summer trees, flights of startled birds, the smell of honeysuckle in the depths of the night. This is the old reality, as smooth as the handle of a favorite cup in your hand. And then there’s the new reality which consists of hour after hour of digging, and seconds of terror as sharp as the zigzag of lightning.’ 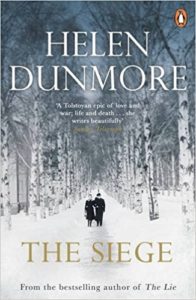 “Without a trace of sentimentality, Dunmore manages to sound a fierce note of humanism that relieves the relentless grimness. Starvation overwhelms the paranoia produced by Stalin’s purges—no one has energy to spare for such mutually agreed-upon Soviet fictions as ‘Life has become better, comrades, life has become more cheerful.’

Dunmore, the winner of Britain’s Orange Prize for A Spell of Winter, has walked the delicate line of the literary gothic in her previous novels, incorporating everything from adultery and extortion to incest and dead babies. But—despite a confession of adultery and the death of a child —The Siege is both quieter and more powerful than her earlier work. There is no need here to manufacture fear. History is frightening enough.”