On the occasion of her 200th birthday, we look back at ten of the first fiery reviews of Emily Brontë's gothic masterpiece

How controversial was Emily Brontë’s then-pseudonymously published tale of cold-served revenge on the moors upon its release in 1847? Extremely, it turns out. Even before readers of the day discovered that that the author of this stark, gothic romance, “Ellis Bell,” was in fact a sickly and reclusive young woman, many were appalled by the book’s wildness, the savagery of its characters, and its depictions of intense mental and physical cruelty. Some reviewers greeted the novel’s publication with a mixture of curiosity and trepidation, while others condemned it outright as “a compound of vulgar depravity and unnatural horrors.”

Though not included below, the English philosopher and literary critic George Henry Lewes penned perhaps our favorite, and certainly the most breathless, assessment not long after Emily’s death at the tender age of 30, just one year after the publication of her only novel:

Curious enough is to read Wuthering Heights and The Tenant of Wildfell Hall, and remember that the writers were two retiring, solitary, consumptive girls! Books, coarse even for men, coarse in language and coarse in conception, the coarseness apparently of violence and uncultivated men—turn out to be the productions of two girls living almost alone, filling their loneliness with quiet studies, and writing their books from a sense of duty, hating the pictures they drew, yet drawing them with austere conscientiousness! There is matter here for the moralist or critic to speculate on.

Still, despite the furious hand-wringing of George and many others of his profession, Wuthering Heights went on to become a much-beloved classic of English literature whose place in the canon has been been secure for generations. The combination of its shocking subject matter and the tragic end which befell its brilliant but troubled author has imbued the book with a potency of reputation that few other novels of the era can claim.

As today would have been Emily’s 200th birthday, we thought we’d take a look back at the first reviews of her violent, passionate masterpiece. 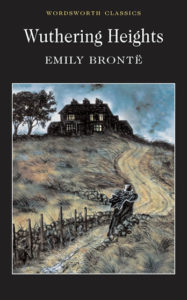 “An attempt to give novelty and interest to fiction, by resorting to those singular ‘characters’ that used to exist everywhere, but especially in retired and remote places. The success is not equal to the abilities of the writer; chiefly because the incidents are too coarse and disagreeable to be attractive, the very best being improbable, with a moral taint about them, and the villainy not leading to results sufficient to justify the elaborate pains taken in depicting it. The execution, however, is good: grant the writer all that is requisite as regards matter, and the delineation is forcible and truthful.” 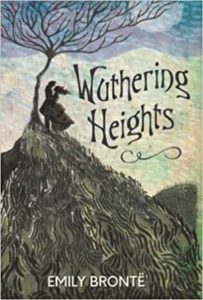 “In spite of much power and cleverness; in spite of its truth to life in the remote nooks and corners of England, Wuthering Heights is a disagreeable story. The Bells seem to affect painful and exceptional subjects:—the misdeeds and oppressions of tyranny—the eccentricities of ‘woman’s fantasy.’ They do not turn away from dwelling upon those physical acts of cruelty which we know to have their warrant in the real annals of crime and suffering,—but the contemplation of which true taste rejects. The brutal master of the lonely house on ‘Wuthering Heights’—a prison which might be pictured from life—has doubtless had his prototype in those ungenial and remote districts where human beings, like the trees, grow gnarled and dwarfed and distorted by inclement climate; but he might have been indicated with far fewer touches, in place of so entirely filling the canvas that there is hardly a scene untainted by his presence. 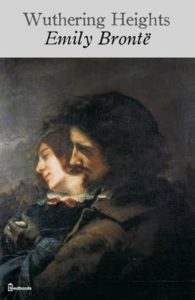 “Here all the faults of Jane Eyre are magnified a thousand fold, and the only consolation which we have in reflecting upon it is that it will never be generally read.” 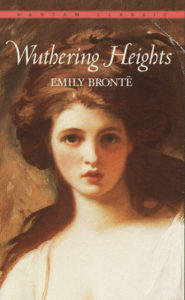 “This is a strange book. It is not without evidences of considerable power: but, as a whole, it is wild, confused, disjointed, and improbable; and the people who make up the drama, which is tragic enough in its consequences, are savages ruder than those who lived before the days of Homer … If this book be, as we apprehend it is, the first work of the author, we hope that he will produce a second,—giving himself more time in its composition than in the present case, developing his incidents more carefully, eschewing exaggeration and obscurity, and looking steadily at human life, under all its moods, for those pictures of the passions that he may desire to sketch for our public benefit … We detest the affectation and effeminate frippery which is but too frequent in the modern novel, and willingly trust ourselves with an author who goes at once fearlessly into the moors and desolate places, for his heroes; but we must at the same time stipulate with him that he shall not drag into light all that he discovers, of coarse and loathsome, in his wanderings, but simply so much good and ill as he may find necessary to elucidate his history—so much only as may be interwoven inextricably with the persons whom he professes to paint. It is the province of an artist to modify and in some cases refine what he beholds in the ordinary world. There never was a man whose daily life (that is to say, all his deeds and sayings, entire and without exception) constituted fit materials for a book of fiction.” 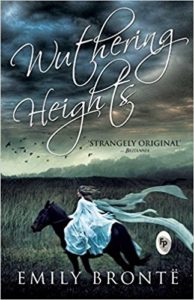 “Wuthering Heights is a strange sort of book,—baffling all regular criticism; yet, it is impossible to begin and not finish it; and quite as impossible to lay it aside afterwards and say nothing about it. In the midst of the reader’s perplexity the ideas predominant in his mind concerning this book are likely to be—brutal cruelty, and semi-savage love. What may be the moral which the author wishes the reader to deduce from his work, it is difficult to say; and we refrain from assigning any, because to speak honestly, we have discovered none but mere glimpses of hidden morals or secondary meanings. There seems to us great power in this book but a purposeless power, which we feel a great desire to see turned to better account…

In Wuthering Heights the reader is shocked, disgusted, almost sickened by details of cruelty, inhumanity, and the most diabolical hate and vengeance, and anon come passages of powerful testimony to the supreme power of love—even over demons in the human form. The women in the book are of a strange fiendish-angelic nature, tantalising, and terrible, and the men are indescribable out of the book itself. Yet, towards the close of the story occurs the following pretty, soft picture, which comes like the rainbow after a storm…

We strongly recommend all our readers who love novelty to get this story, for we can promise them that they never have read anything like it before. It is very puzzling and very interesting, and if we had space we would willingly devote a little more time to the analysis of this remarkable story, but we must leave it to our readers to decide what sort of book it is.” 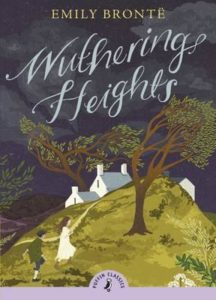 “Wuthering Heights is a strange, inartistic story. There are evidences in every chapter of a sort of rugged power—an unconscious strength—which the possessor seems never to think of turning to the best advantage. The general effect is inexpressibly painful. We know nothing in the whole range of our fictitious literature which presents such shocking pictures of the worst forms of humanity. Jane Eyre is a book which affects the reader to tears; it touches the most hidden sources of emotion. Wuthering Heights casts a gloom over the mind not easily to be dispelled. It does not soften; it harasses, it extenterates.

“The book sadly wants relief. A few glimpses of sunshine would have increased the reality of the picture and given strength rather than weakness to the whole. There is not in the entire dramatis persona, a single character which is not utterly hateful or thoroughly contemptible.

“We are not quite sure that the next new novel will not efface it, but Jane Eyre and Wuthering Heights are not things to be forgotten. The work of Currer Bell is a great performance; that of Ellis Bell is only a promise, but it is a colossal one.” 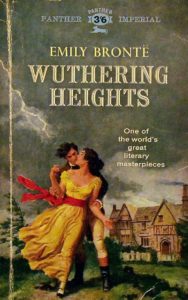 “Wuthering Heights, by Ellis Bell, is a terrific story, associated with an equally fearful and repulsive spot. It should have been called Withering Heights, for any thing from which the mind and body would more instinctively shrink, than the mansion and its tenants, cannot be imagined … Our novel reading experience does not enable us to refer to anything to be compared with the personages we are introduced to at this desolate spot—a perfect misanthropist’s heaven.” 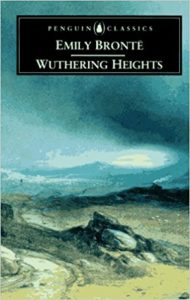 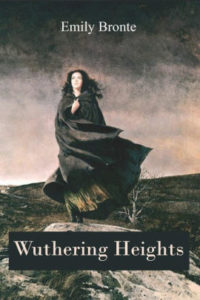 “How a human being could have attempted such a book as the present without committing suicide before he had finished a dozen chapters, is a mystery. It is a compound of vulgar depravity and unnatural horrors….” 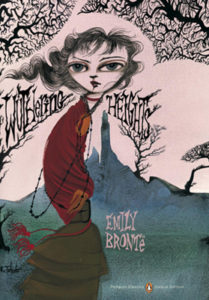 “He appears to think that spiritual wickedness is a combination of animal ferocities, and has accordingly made a compendium of the most striking qualities of tiger, wolf, cur, and wild-cat, in the hope of framing out of such elements a suitable brute-demon to serve as the hero of his novel. [Heathcliff] is a deformed monster, whom the Mephistopheles of Goethe would have nothing to say to, whom the Satan of Milton would consider as an object of simple disgust, and to whom Dante would hesitate in awarding the honour of a place among those whom he has consigned to the burning pitch. This epitome of brutality, disavowed by man and devil, Mr. Acton Bell attempts in two whole volumes to delineate, and certainly he is to be congratulated on his success. As he is a man of uncommon talents, it is needless to say that it is to his subject and his dogged manner of handling it that we are to refer the burst of dislike with which the novel was received. His mode of delineating a bad character is to narrate every offensive act and repeat every vile expression which are characteristic. Hence, in Wuthering Heights, he details all the ingenuities of animal malignity, and exhausts the whole rhetoric of stupid blasphemy, in order that there may be no mistake as to the kind of person he intends to hold up to the popular gaze. Like all spendthrifts of malice and profanity, however, he overdoes the business … For all practical purposes, however, the power evinced in Wuthering Heights is power thrown away. Nightmares and dreams, through which devils dance and wolves howl, make bad novels.”