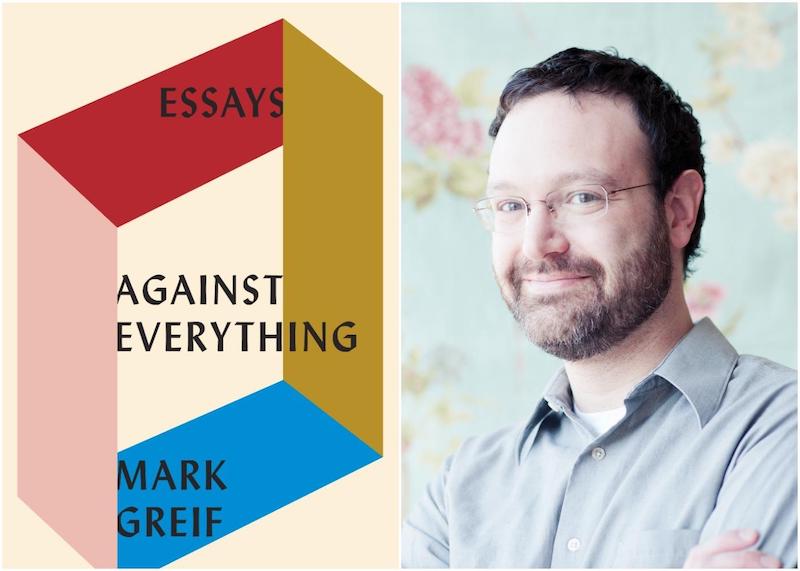 "Rather than merely sketch the bars of the prison he seems deeply concerned with how it can be escaped."

Mark Greif's essay collection Against Everything, reviewed by Karl Whitney in The Guardian 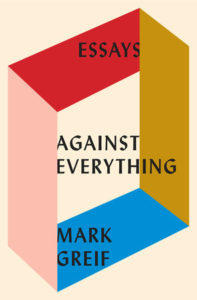 “Greif’s collection of essays is full of surprises, not least that it is, at least in part, concerned with that old fashioned question of how to live. ‘It’s a book of critique of things I do,’ he writes in the preface. But instead of being the kind of self-help book that tells you ‘how to do the things you are supposed to do, but better,’ it ‘asks about those things you are supposed to do.’

“But this doesn’t capture everything Greif is up to in this politically engaged, coolly stylish and often drily funny book. Over the course of the essays – which were first published in n+1, the journal he co-founded in 2004 – he covers the significance of exercise, our relationship with food, the meaning of hip-hop music, Radiohead, the figure of the hipster, society’s sexualisation of children, and war. Although he’s vexed, even depressed, by many aspects of contemporary culture he analyses, he stops short of pessimism, and the essays rarely conclude without opening at least some minute window of possibility. Greif doesn’t tell you everything is great – far from it – but rather than merely sketch the bars of the prison he seems deeply concerned with how it can be escaped.”