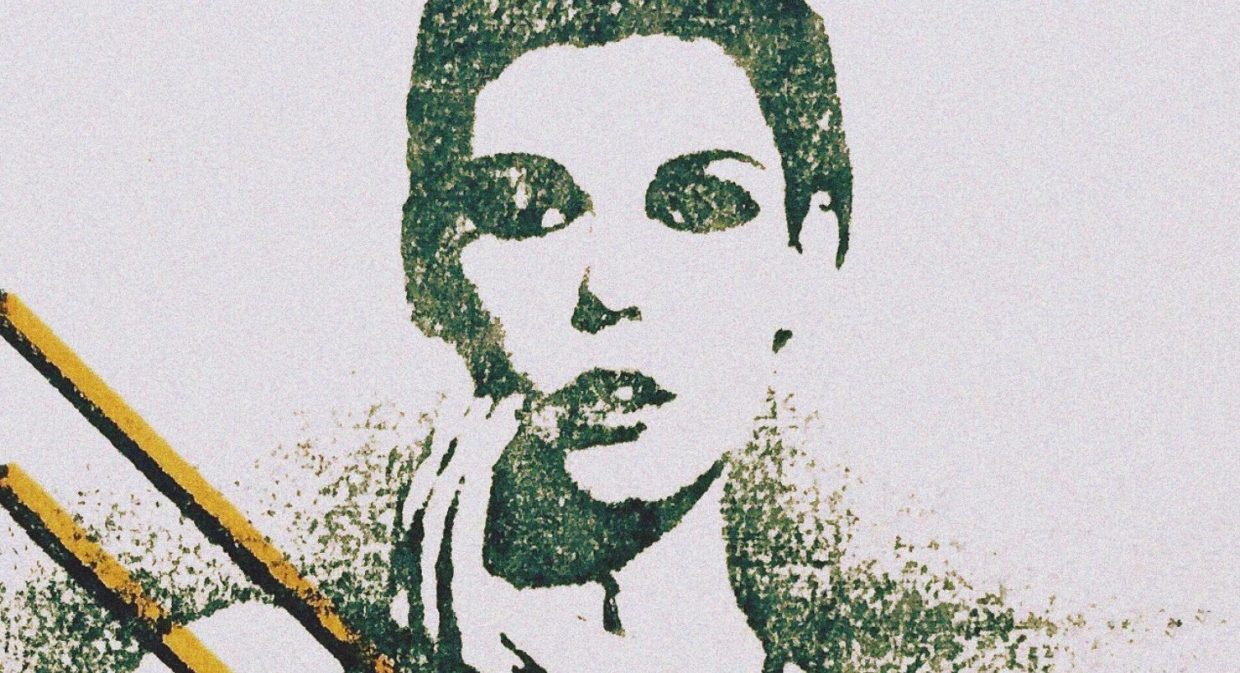 Profane, Pornographic, Lewd: On Blood and Guts in High School 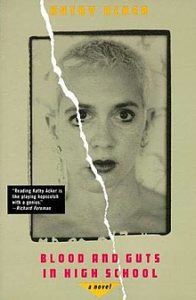 “IF THERE IS A GOD, GOD IS DISJUNCTION AND MADNESS.”

“Playing with elements of profanity, pornography and lewd illustration, Kathy Acker attempts to piece together the beaten-down life of a girl named Janey, who starts out in a bizarre incestuous relationship with her father that is described in an oddly breezy manner. She winds up, after a sojourn through crime, wild promiscuity and slavery to a Persian master, in the Egyptian desert at the side of Jean Genet. The novel, willfully ‘innovative’ in its assemblage of literary and not-so-literary forms — poetry, dramatic script, dream map, grammar book — has the cool, hip, matter-of-fact vulgarity of the old Zap Comix, a cartoon that combined sex, violence and drugs in a picaresque rendering of the down and out. 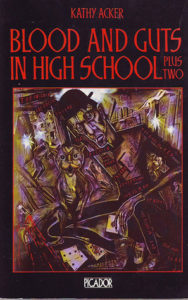 “At times, Miss Acker does manage to open up the desperation of Janey, whose moral sphere becomes so inverted that reasonably human conduct seems beyond her grasp: ‘Love turned me back to crime. Tommy and I kidnapped children. Smeared up the walls of buildings. . . . Kicked the guts out of people on the streets. Started fights and riots. I could barely stand being so happy.’ And there are a couple of long, manic-depressive poems that, when not almost comically bleak, hit some lines the late punk rock star Sid Vicious might have been proud to mouth: ‘Since we’re both maniacs/let’s be nice to each other.’ 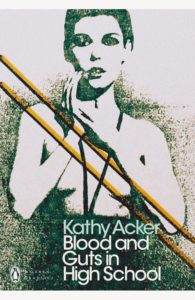 “But there’s a deep moral dislocation in Blood and Guts in High School; the novel, which devotes thousands of words to depicting the cruelty inflicted on Janey and on women in general, is itself abusive toward women. There are beatings, rapings, psychological torture, and more energy is spent laying out these abuses than in defusing or counteracting them. And Janey’s descent, as victim, into becoming the perfect image of all her oppressors want her to be is not so much harrowing as pathetic. By the time four judges visit Janey and make pronouncements like, ‘You’re a woman. You whine and snivel. You don’t stand up for yourself. . . . You have every vice in the world,’ the accusations seem to be the very argument of this book — not the parody of that argument, as, we can only presume, the author intended them to be.”