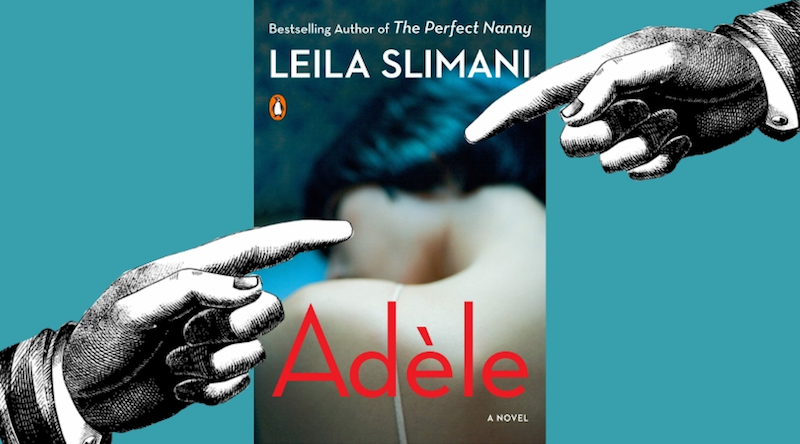 This week it’s the turn of Adèle, French-Morrocan novelist Leila Slimani’s explicit tale of a sex-addicted upper class Parisian journalist whose insatiable urges send her spiraling out of control. Though it comes on the heels of The Perfect Nanny (the wildly successful, Prix Goncourt-winning novel of a young woman who murders two children in her charge) here in America, Adèle (published in France under the infinitely more intriguing title In the Garden of the Ogre) was actually Slimani’s debut work, and earned the author the prestigious La Mamounia Prize back in 2015.

Some critics—like Molly Young, whose New York Times review called it a fascinating, if flawed, detonation of “the covenant of modern womanhood”—enjoyed the novel. Others—like Sarah Weinman in the Washington Post, who found it to be tedious and disappointing—decidedly did not.

After much deliberation, however, our chosen champions from either side of the Adèle debate are Leah Greenblatt of Entertainment Weekly (“a fierce, uncanny thunderbolt of a book”) and Vulture‘s Hillary Kelly (“offensively oblivious to the idea that female characters in novels have, in fact, had sex before”).

“The French are different from you and me. When Leila Slimani’s Chanson Douce—an exquisitely crafted portrait of creeping madness and child murder set in contemporary Paris—first landed in France in 2016, her slim novel earned record sales, rapturous praise, and the prestigious Prix Goncourt literary prize. She was even named to a top cultural-emissary post by President Macron. Published in English as The Perfect Nanny, Chanson failed to fully ignite American readers, and Adèle is hardly an easier bet: The story, about a chic Parisian wife and mother overwhelmed by her compulsive sexual urges, is too strange, too explicit, too European. Here is Adèle in bars and bistros and hospital elevators, picking up men indiscriminately; it’s only with the release of anonymous sex that ‘her anxieties dissolve. Her sensations return. Her soul is lighter, her head an empty space.’ But desire quickly turns into disdain, indifference, disgust. Slimani observes it all with a coolness that’s almost clinical, even as the feverish spark of obsession licks at the corner of nearly every page. Because Adèle’s appetites, of course, can’t really be sated—they’re as vast and shattering as this fierce, uncanny thunderbolt of a book.”

“[Adèle is] a thriller only if you consider dozens of unsatisfying sexual trysts conducted with all the titillation of a Chia Pet commercial thrilling. Adèle is, at best, an oxymoronically sex-filled dud. At worst, it’s offensively oblivious to the idea that female characters in novels have, in fact, had sex before. It takes the premise of Madame Bovary—a discontented young woman imprisoned by her insatiable desires—and muddies Flaubert’s clarity of purpose into a tangle of sweaty limbs with a cigarette dangling out the side … I’ve never been so bored by kinky descriptions of cunnilingus or thrusting hips. Absent a compellingly conflicted psyche, knowing from the beginning that the protagonist gets no pleasure from a tongue on her body or a finger on her clitoris damns the whole enterprise. Still worse, Slimani’s prose is a parade of the flat and predictable; nothing is artfully concealed or circumspect … Adèle, and seemingly Slimani, see no gray area between unscrupulous dick-hungry sex maniac and cookie-baking stay-at-home domestic mama bear.”