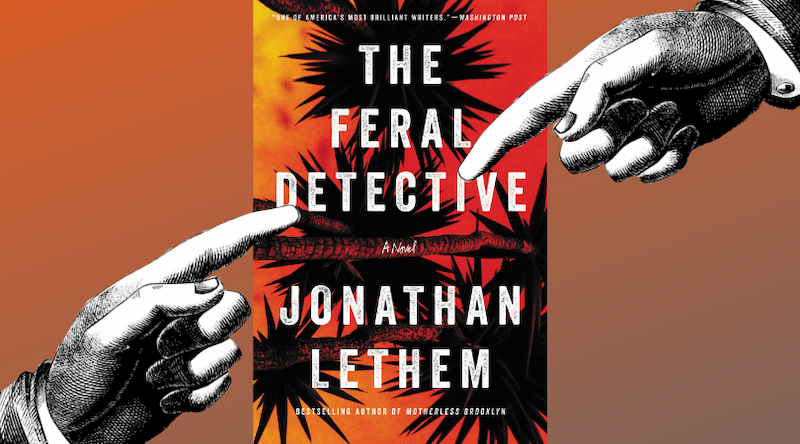 This week it’s the turn of the Jonathan Lethem’s The Feral Detective: a comic detective novel about a fed-up New York Times reporter who quits her job on the heels of Trump’s election, heads West, and hires a private eye to help her search the outskirts of Los Angeles and the Mojave Desert for a friend’s runaway daughter. An intriguing premise, but did the country’s book critics find what they were looking for in Lethem’s first detective novel since 1999’s Motherless Brooklyn?

Well, as is the case for most of the books we feature in this series, the answer is both yes and no. Kier Graff at Booklist called it “a funny but rage-fueled stunner,” while Dwight Garner of the New York Times wrote that it “utterly lacks the density and sure-footedness of Motherless Brooklyn.”

Our featured critics today, however, are Ron Charles of the Washington Post (“Lethem’s celebrated parody of hard-boiled detective fiction is now distilled to a clear amber spirit”) and the New Yorker‘s Katy Waldman (“The real missing-persons case here is a meta one: Where has the sly, surprising Lethem gone?”)

Television had elected itself, I figured. It could watch itself too, for all I cared. I read my book.

“The good news is that Lethem is back in the PI game, and there is no bad news. The Feral Detective is one of his nimblest novels, a plunky voyage into the traumatized soul of the Trump era … his celebrated parody of hard-boiled detective fiction is now distilled to a clear amber spirit … The elements of detective fiction fit in Lethem’s hands as comfortably as a snub-nose .38. He can hit an old Ross Macdonald motif at 50 yards … This Jerry-rigged contraption of Sam Spade and Mad Max could buckle under the weight of pretension and political anger, but The Feral Detective is too agile for that—thanks to its narrator, Phoebe. She’s sharp and sassy and always willing to confess her own contradictory feelings, which sway erratically from lust to terror. It’s a pleasure to see a smart writer having so much grisly fun … What’s more, the plot maintains its centripetal acceleration, easily soaring over those swamps of Lethemian introspection that sometimes swallowed his previous novels … Who can really be saved in our collapsing society is the question that rumbles below these pages, but the story races along so fast you’ll barely notice you’ve entered such dark territory till it’s too late to head back.”

“…his tone is both wisecracking and stricken; its serious and comic notes cancel each other out, and what’s left is a cartoon despair … The Feral Detective runs for nearly the same number of pages as Motherless Brooklyn, but it registers as much longer, both draggy and strained. It’s not just that the novel is loaded with lazy signifiers…it’s that [Phoebe’s] aide-de-camp and eventual lover, never lives on the page—he’s a thousand-mile stare, a leather jacket—and that Phoebe’s incessant, effortful banter is as repellent as Lionel’s was irresistible … The Lethem of 1999 traffics in clean, taut, suggestive images. The 2018 Lethem attempts to transcend clichés via different, worse clichés … Lethem’s strategy for writing an ‘authentic’ woman appears to consist mostly of emphasizing her sexuality … The real missing-persons case here is a meta one: Where has the sly, surprising Lethem gone?”