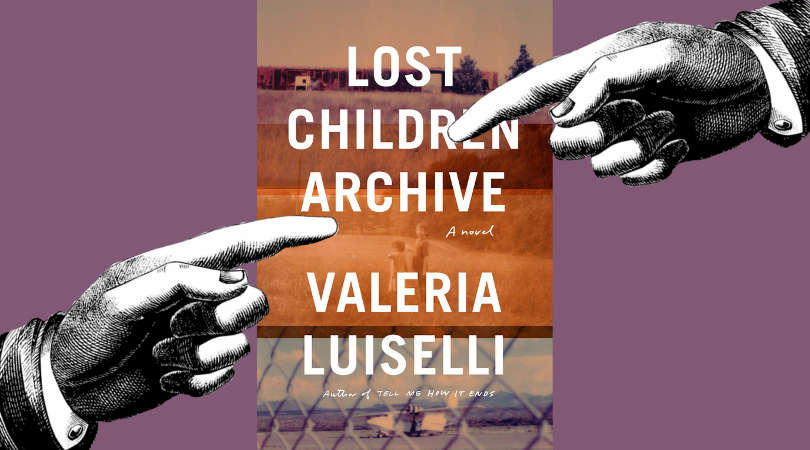 Oxygen-starved or driven by fierce intelligence?

From Valeria Luiselli, the two-time National Book Critics Circle finalist and author of Faces in the Crowd and Tell Me How It Ends, comes Lost Children Archive—a new novel about a family whose road trip across America collides with an immigration crises at the southwestern border. Told through several haunted voices, blending texts, sounds, and images, the book is a fascinating hybrid of imaginative storytelling and political fury.

Although Lost Children Archive has garnered overwhelmingly positive reviews—from outlets like the New York Times, the Los Angeles Times, and NPR, among others—we have also seen one or two dissenting opinions.

Today, we’ll be taking a closer look at one of these, from the Boston Globe‘s Laura Collins-Hughes, who writes that the book “feels like the author fighting with herself,” alongside a rave review by Guernica‘s Rob Spillman, who calls it “…simply stunning…[the] perfect intervention for our horrible time.” 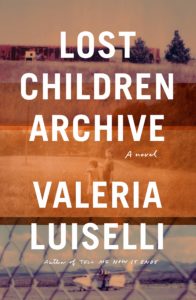 “…a semi-autobiographical gloss that Lueselli skillfully crafts without dipping into the pedantic accumulations that sometimes overwhelm such books … This road novel is driven by fierce intelligence, and is very much in conversation with her artistic and intellectual forefathers and foremothers … There are echoes of the Odyssey, Ezra Pound’s Cantos, Virginia Woolf’s Mrs Dalloway, Joseph Conrad’s Heart of Darkness, and dozens of others, in multiple languages, plus numerous classic American road texts … It is a breathtaking journey, one that builds slowly and confidently until you find yourself in a fever dream of convergences. The Lost Children Archive is simply stunning. It is a perfect intervention for our horrible time, but that fleeting concurrence is not why this book will be read and sampled and riffed on for years to come … The Lost Children Archive contains multitudes, contradictions, and raises difficult questions for which there are no easy answers.”

“…most of the quarreling inside this boxy, aged Volvo, where readers spend much of Valeria Luiselli’s meticulously constructed, stultifyingly cerebral new novel, Lost Children Archive, feels like the author fighting with herself. Luiselli debates and foot-drags over how best to tell the story she really wants to tell—about lost migrant children at the US-Mexico border—and whether she has the right to … Every detail, including the children’s obsession with David Bowie’s ‘Space Oddity’ and the boy’s retro birthday gift of a Polaroid camera, is part of Luiselli’s painstaking architecture … For its oxygen-starved first half, structure and literary complexity seem to be of greater interest to Luiselli than storytelling … Luiselli couldn’t fully persuade herself of her right to tell their story—to use her words to help us understand and, yes, feel. Would that she had. Because great art, like great journalism, can in fact move people to action.”