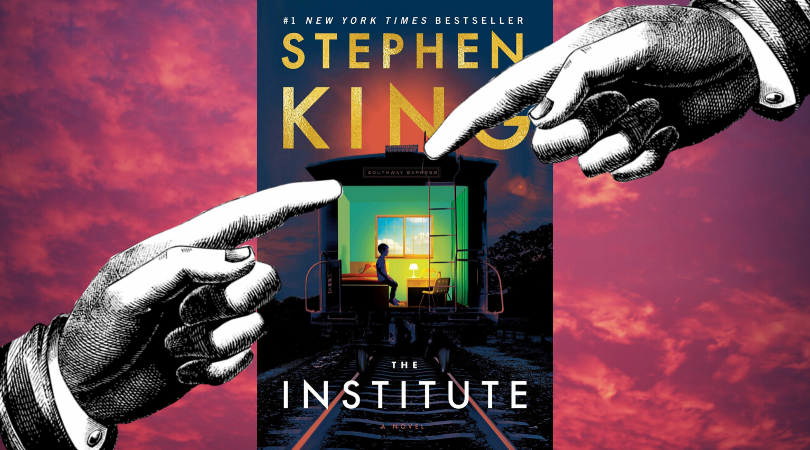 Stephen King is scary … scary prolific, that is! He’s penned over 60 novels, most of which have been massive bestsellers and many of which have been adapted for the big screen. Over the years, he’s taken us to a haunted hotel in the Colorado Rockies (The Shining), a bully-ridden high school (Carrie), a cursed pet graveyard (Pet Sematary), and into the gutter with a creepy clown (It). We’ve followed a group of young boys to find a dead man (The Body, or as you might know it: Stand By Me), been chased by a rabid Saint Bernard (Cujo) and held captive by an intense fan (Misery). The list goes on and on and on…

This time, he’s taken us to a sinister building known as The Institute. In a sleepy Minnesota neighborhood, 12-year-old Luke Ellis is kidnapped. When he awakes, he finds himself in room identical to his own bedroom—except he’s actually in a facility that tests the supernatural abilities of children.

Overall, The Institute has been met with positive reviews. The Boston Globe‘s Clea Simon calls it “another winner: creepy and touching and horrifyingly believable.” The Financial Times‘ James Lovegrove notes that it was “written with the swaggering confidence of a master.” In the Los Angeles Review of Books, Patrick McAleer says, “the pages almost turn themselves.” A handful of reviews couldn’t help but notice the parallels between this plot and today’s front-page stories; Slant‘s Neil McRobert writes, “Even though King has stated that he wasn’t inspired by ICE and the migrant crisis, it’s almost impossible to separate the fiction from the headlines. And it’s in the moral murk of this situation that he finds the richest seam of his story.” Even if this doesn’t sound like your cup of tea, there might be something in it for you, as Dwight Garner says in The New York Times, “I generally want to smack a (fictional) kid with special powers. I don’t care about quests or magic or Vulcan mind-melding. Yet I can suspend my predispositions.”

Here we’re looking at William Sheehan’s review in The Washington Post, which gleefully refers to the new novel as “classic King, with an extra measure of urgency.” In the other corner, we’ve got Nina Allen in The Guardian, saying this time around, King’s work feels “too cursory, too interested in the wrong things.”

What do you say, reader? Are you willing to visit The Institute? 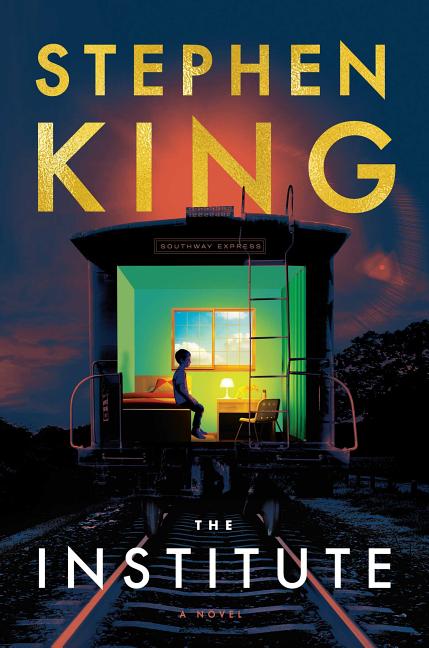 Tim Jamieson suddenly decided he wanted to get the fuck off this plane and hitchhike north. Although such an idea had never so much as crossed his mind before this moment, he found he could imagine himself doing it, and with absolute clarity.

“… classic King, with an extra measure of urgency and anger. Beneath its extravagant plot and typically propulsive prose, the book is animated by a central concern that could not be more relevant: the inhumane treatment of children … Few writers have King’s ability to create credible young people whose nascent qualities prefigure the adults they will (with luck) become. And even fewer have the imaginative resources that King brings to bear on his portrait of life at the Institute, a life filled with large and small cruelties, and with a chilling indifference to the effect those cruelties have on the most vulnerable among us … Once again, the real world peers out from behind the curtain of King’s fiction … a first-rate entertainment that has something important to say. We all need to listen.”

“How far The Institute will satisfy you as a reader will depend on what draws you to King’s fiction in the first place. If you enjoy boss battles and grandiose conspiracies, the allure of cosmic forces moving beneath the surface of sleepy reality, then this novel may be for you. If, like me, what you enjoy most in King is his obsession with minor detail and irrelevant backstory, his gift for portraying the lives of ordinary people, his sly asides to the reader and loving literary references, you are likely to find this book—in spite of its 500 pages—too cursory, too interested in the wrong things … it feels too writing-by-numbers … insufficiently distinctive.”