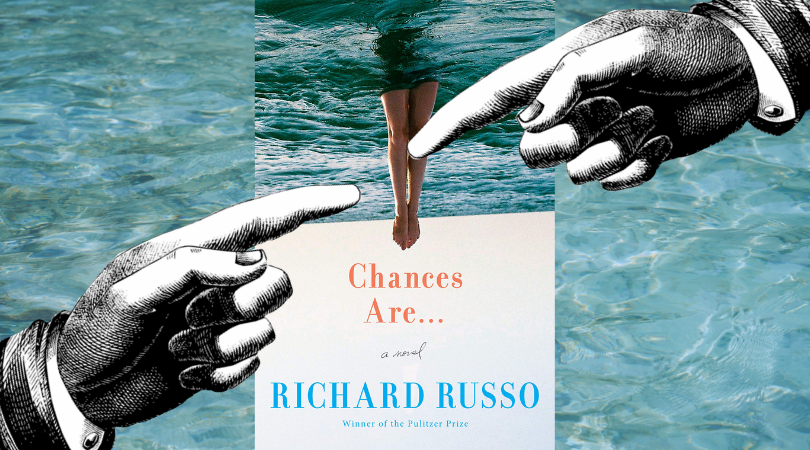 A compelling mystery or another story about old white men that we don't care about?

Richard Russo has worn a lot of hats: novelist, short story writer, memoirist, and screenwriter. In 2002, he won the Pulitzer Prize for his novel, Empire Falls (the HBO adaptation of which he also scripted). In 1998, he cowrote the film Twilight and in 2005 he penned the screenplay for the film Ice Harvest.

But we’re not here to talk about movies! (Despite the fact that we’re known in some quarters as Rotten Tomatoes for books.) We’re here to discuss Richard Russo’s latest novel, Chances Are…, which follows three men in their 60s—old college buddies—reuniting on Martha’s Vineyard. When the conversation turns to a Memorial Day weekend on the Vineyard in 1971—and the disappearance of the young woman each of them loved—secrets begin to emerge.

Overall, the response to Chances Are… has been pretty positive. Kevin Canfield of The Star Tribune calls it “a brisk story with memorable characters and smart things to say about loss and missed opportunities.” Steph Cha wrote in USA Today that “the prose is assured and frequently lovely, and the characters jump off the page. He writes with a level of compassion and emotional precision that precious few can match.” And Allen Adams raved about the book in The Maine Edge, dubbing it “deeply absorbing and often achingly sad.”

There were a few middling reviews thrown into the mix, however, with The Washington Post‘s Ron Charles noting, “No one captures so well the gruff affection of men or the friction between guys from different classes … It’s disappointing to see how firmly such complexity is denied the female characters.” In The Wall Street Journal, Sam Sacks hits on a similar point: “Mr. Russo is often sure-handed with current events…but this time you get the sense that he hasn’t caught up with the news cycle.”

Today we’re looking at Mameve Medwed’s Boston Globe review, which calls the novel “a 21st century version of The Big Chill,” and pitting it against Cory Oldweiler’s amNewYork assessment, in which he writes that the book is “marred by its formulaic plotting and outmoded ideas about gender.”

What do you think the chances are that you’ll dive into this novel? 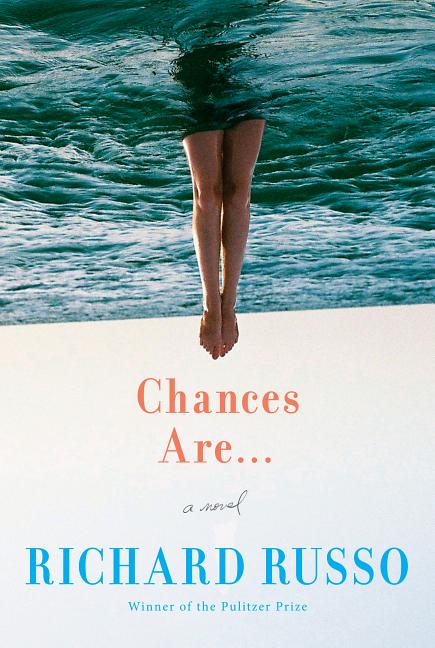 September was the best month on the island. The crowds were gone, the beaches empty, the ocean still warm.

“Along with his wry eye for irony and regret, [Russo] offers up a compelling mystery. Savvy readers who pride themselves on anticipating a plot twist, spotting a red herring, and identifying the who-did-it are in for a surprise … a 21st century version of The Big Chill … When the denouement comes, it’s a stunner. Nevertheless, all bombshells feel earned. If you’re on a hammock in the Vineyard or under a tent in Acadia, or slumped over the fire escape of your hot city apartment, chances are your chances are awfully good that you’ll lap up this gripping, wise, and wonderful summer treat.”

“… a well-intentioned, easy thriller about a missing person, but is marred by its formulaic plotting and outmoded ideas about gender … These men are rather dull archetypes … The biggest problem, however, is the attitude toward women, especially Jacy, who for most of the book is little more than a ‘braless’ bauble the men covet. Gendered bromides litter the text … There is the seemingly obligatory reference to the 2016 election, which amounts to little more than Lincoln musing that he could never vote for Hillary … It’s not that aging white men who think like this don’t exist; it’s whether or not you really care to read their stories anymore.”