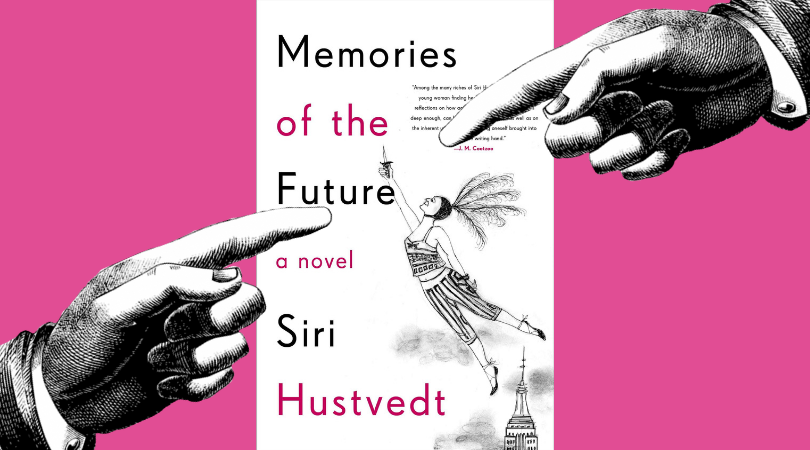 A playground of ideas or one long blog post?

This week, we’re looking at two very different critical responses to Memories of the Future, the latest novel from the internationally acclaimed author of What I Loved and The Blazing World, Siri Hustvedt. Memories of the Future tells the story of a woman in her 60s who happens upon an old diary and reminisces about her days in 1970s New York as a struggling artist. She reads through conversations she heard through the thin walls of her old apartment and revisits an abandoned novel she had been working on.

The novel, released just this week, has already received quite a few positive reviews in outlets like the Wall Street Journal, the Minneapolis Star Tribune, the Guardian, and others. Today, however, we’re pitting Wendy Smith’s Washington Post rave (“her sentences dance with the elation of a brilliant intellect romping through a playground of ideas”) against Cory Oldweiler’s less enthusiastic amNewYork assessment (“feel[s] at times like one long blog post”).

Which argument is more compelling? That’s for you to decide.

As I wrote, I was also being written.

“Few contemporary writers are as satisfying and stimulating to read as Siri Hustvedt. Her sentences dance with the elation of a brilliant intellect romping through a playground of ideas, and her prose is just as lively when engaged in the development of characters and story … Although S.H. and the narrator bear obvious similarities to their creator, how much of this is autobiographical doesn’t matter. Any material drawn from the writer’s life has been triumphantly transmuted into fiction that skillfully weaves disparate narrative strands into a vast tapestry encompassing personal, political and cultural struggle … Hustvedt is too warm and intelligent an artist to write a simplistic tale of Good Girls and Bad Boys. The narrator paints affectionate portraits … Reconsidering her own story is part of a larger effort to reclaim all the forgotten stories of people not deemed worthy of remembrance. Hustvedt’s lovely novel closes by reclaiming one of those people and imagining her soaring over Manhattan.”

“Some [tales] succeed better than others, but the novel’s complex structure facilitates multiple approaches and an intriguing discussion on the fallibility of memory by contrasting records from the past with recollections in the future … The already disjointed narrative gets bogged down, however, by present-day Minnesota’s digressions on everything from the 2016 presidential election to an utterly opaque episode involving Marcel Duchamp. These numerous asides, combined with appeals to the reader and haphazard narrative switches from first- to third-person, make the whole novel feel at times like one long blog post … A less erudite friend might have suggested applying a bit of that tried and true bromide: show, don’t tell.”