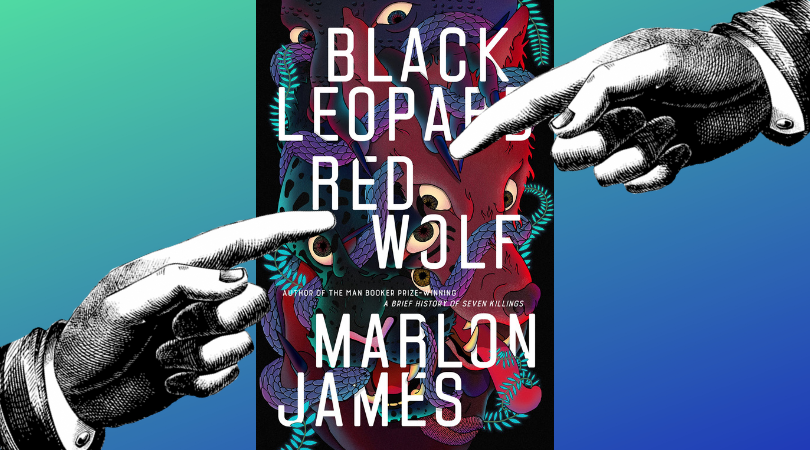 Colonial-era catalogue of clichés or Márquez-esque marvel of inventiveness?

The first installment in Booker Prize-winner Marlon James’ Dark Star fantasy trilogy follows a mercurial mercenary named Tracker who is tasked with finding a missing child. Described as an “African Game of Thrones,” Black Leopard, Red Wolf has generated a lot of buzz over the past few weeks, and will soon be adapted into a movie by none other than Erik Killmonger himself, Michael B. Jordan(!). Overall, the novel has been met with overwhelmingly positive, even rapturous reviews, with just a few nay-sayers.

Today, as is our wont, we’ll be taking a look at a scathing review from one of those nay-sayers, Sukhdev Sandhu of the Guardian, who hated the book, and wrote that “sometimes it evokes Beavis and Butt-Head.” In stark contrast, we’ve also got a rave review from former New York Times literary critic (and book reviewer royalty) Michiko Kakutani for you to chew on. Kakutani calls Black Leopard, Red Wolf “the literary equivalent of a Marvel Comics universe…fused into something new and startling by his gifts for language.”

The child is dead. There is nothing left to know.

“In a novel so dizzyingly populated, where geographies multiply and stack up, where the boundaries between the real, surreal and flat-out fantastic seem increasingly fluid, Tracker has to be a point of anchorage, someone to rely on and to care about. Like the emotionally scarred detectives in Scandinavian crime fiction, he’s often gruff and elusive … The next 600 pages amount to one big killing field, in which characters are slashed, garroted, mutilated and raped with abandon. It’s Heart of Darkness for video gamers, a colonial-era catalogue of clichés about Africa—a continent where life is cheap, the women sexual commodities, the inhabitants duplicitous, all values negotiable … The language is meant to shock, but strangely, given that James is often heralded as a Tarantino-like genius at choreographing bones, thugs and disharmony, everything feels plywood-brittle … A small volume could be compiled from the novel’s cringeworthy prose and dialogue. Sometimes it evokes Beavis and Butt-Head … it reads as if James has never set foot in an African forest … If James could go easier on the bloodletting and muscle-bound prose, choose subtlety and sensuousness over teenage-testosterone swagger, there’s still time for him to queer rather than pastiche the franchise fare he’s avariciously eyeing.”

“In these pages, James conjures the literary equivalent of a Marvel Comics universe—filled with dizzying, magpie references to old movies and recent TV, ancient myths and classic comic books, and fused into something new and startling by his gifts for language and sheer inventiveness … The fictional Africa in Black Leopard, Red Wolf feels like a place mapped by Gabriel García Márquez and Hieronymus Bosch with an assist from Salvador Dalí … There are allusions in Black Leopard, Red Wolf not just to countless Marvel series and characters (like the Black Panther, Deadpool and Wolverine), but also to myriad literary works including Octavia E. Butler’s sci-fi classic Wild Seed, Angela Carter’s The Bloody Chamber, Salman Rushdie’s The Satanic Verses, Tolkien’s Middle-earth novels, Ursula K. Le Guin’s Earthsea books … James is such a nimble and fluent writer that such references never threaten to devolve into pretentious postmodern exercises. Even when he is nestling one tale within another like Russian dolls that underscore the provisional nature of storytelling (and the Rashomon-like ways in which we remember), he is giving us a gripping, action-packed narrative … James has created two compelling and iconic characters—characters who will take their place in the pantheon of memorable and fantastical superheroes.”