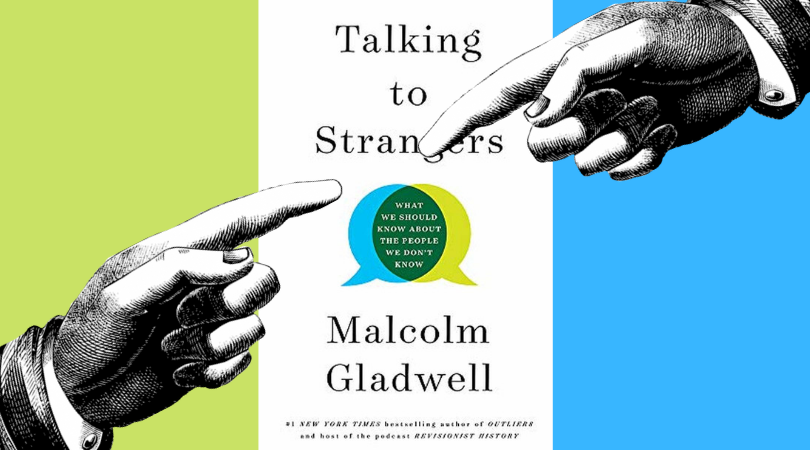 A dazzling book or a damaging, oversimplifying narrative?

Malcolm Gladwell is a New Yorker staff writer and the bestselling author of David and Goliath, Outliers, and The Tipping Point, among others. Talking to Strangers, his sixth book, investigates the way we attempt to make sense of the people we don’t know. How do we make assumptions about other people’s emotions and motives? How do we gauge trustworthiness in total strangers?

Talking to Strangers has been met with generally positive reviews. Kirkus calls it “another Gladwell tour de force.” Publishers Weekly promises “readers will find this both fascinating and topical.” On the more mixed end of things, Maggie Taft of Booklist writes, “Gladwell’s case studies are thrilling, but their relevance to everyday encounters is frequently obtuse.”

Today, we’re taking a look at the New York Times review, in which Jennifer Szalai writes, “he uses theory like a cudgel on sensitive material.” In the other corner, Daniel Finkelstein of The Times (UK) calls this a “dazzling book” from a “rock star of nonfiction.”

So, stranger, what do you think? Who do you trust? 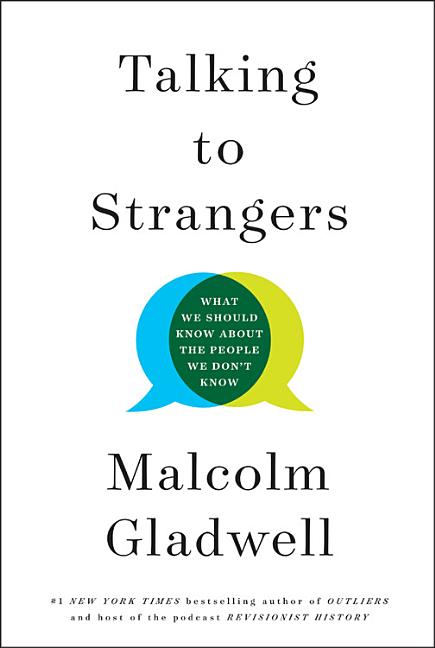 “Gladwell has never shied away from incendiary material, and his newest book is no exception … Gladwell has a well-honed method for handling live wires, which involves encasing them in psychological and sociological theory and then proceeding to bend them to his will…every anecdote, every story, gets folded into a Big Idea … his italicized conclusions are designed to hit us with the force of revelation when it finally dawns on us how everything fits together … Amping up the drama like this doesn’t have to feel cheap; there’s a fine tradition of storytelling as benign manipulation, and in his articles for The New Yorker, Gladwell often gets the balance right. But not here. In Talking With Strangers, he uses theory like a cudgel on sensitive material … Gladwell’s insistence on theory can be distorting, rather than clarifying. Theory can provide a handy framework, transforming the messy welter of experience into something more legible, but it can also impose a narrative that’s awkward, warped or even damaging … this anodyne sentiment is too vague and banal to explain anything, much less carry a book, and Gladwell knows it.”

“Gladwell uses [the Sandra Bland story] to knit together his theories and stories of how human beings interact. Or perhaps he uses his theories and stories to explain the Bland encounter. It’s all done so deftly it’s hard to tell which … There is a reason why Gladwell is a rock star of nonfiction. This is a dazzling book. Stories are well selected and brilliantly told, ideas are slowly revealed until the reader arrives at a conclusion they didn’t expect. Gladwell is advancing ideas and, sure, they are all open to challenge. Is Levine right about TDT? Are the theories of crime prevention correct? But they are stimulating and convincing — and you won’t regret a minute you spend mastering them.”