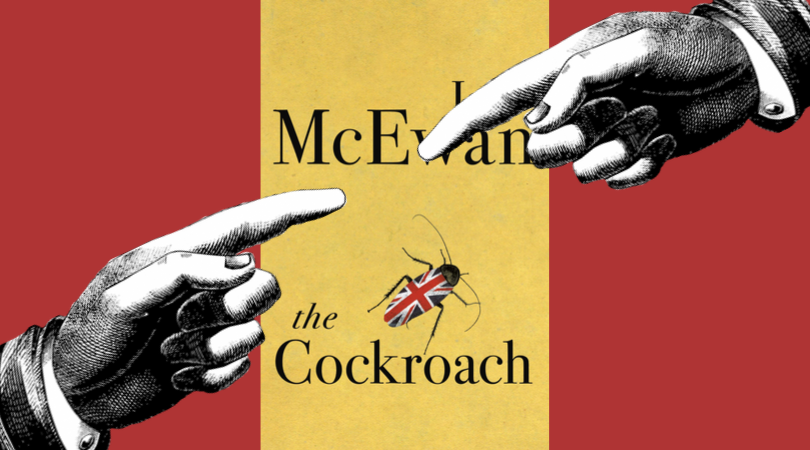 Filled with comic panache or toothless and wan?

In his forty-year career, Ian McEwan has won the Booker Prize, written sixteen novels, and seen eleven of those adapted for film. From metafictional literary blockbusters (Atonement) to espionage dramas (The Innocent) to psychological thrillers (Enduring Love), his work really does run the gamut.

The Cockroach is McEwan’s take on Kafka’s The Metamorphosis, written for the Brexit era. Meet Jim Sams: a cockroach who wakes up one morning to find himself transformed into the prime minister of England.

Unfortunately for McEwan, so far The Cockroach has been met with pretty negative reviews. Robert Shrimsley of The Financial Times warns, “For all the flourishes one would expect from a novelist of McEwan’s brilliance, this falls way short of his usual standard.” In The Times, Robert Douglas-Fairhurst writes, “as satire it is pretty feeble stuff, hitting its targets as if ticking them off a list, from Trump’s tweets to the frothing nationalism of tabloid newspapers.” In one Guardian review, Sam Leith has mixed reactions, noting, “Ian McEwan’s enjoyable, cockeyed Brexit satire opens by tipping a gigantic wink to Kafka’s Metamorphosis a work it in no way resembles … The big problem is that it’s not clear at all how the Brexit spoof meshes with the cockroach-turned-human premise.” Still, it’s got a few fans. Alex Moran refers to The Cockroach in Booklist as “entertaining and cathartic novella.”

Today, we’re looking at Fintan O’Toole’s Guardian review, which wonders, “How do you make a show of people who are doing such a fabulous job of making a show of themselves?” and praises Ian McEwan as doing so “with great style and comic panache.” On the other hand, we’ve got Dwight Garner questioning where the young Ian McEwan went, claiming he “would rather have gnawed off his own fingers than written it.”

So, reader, how will you approach The Cockroach? 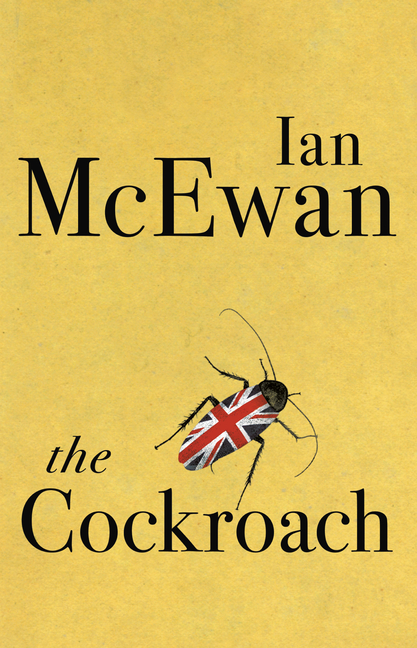 That morning, Jim Sams, clever but by no means profound, woke from uneasy dreams to find himself transformed into a gigantic creature.

“The Cockroach aims not to persuade or in any profound sense to critique. It is written to comfort and entertain those who already believe that the Brexit project is deranged. And even in that McEwan faces a formidable challenge. Brexit has such a camp, knowing, performative quality that it is almost impossible to inflate it any further. How do you make a show of people who are doing such a fabulous job of making a show of themselves? McEwan manages to do so with great style and comic panache … Comparing one’s political opponents to cockroaches is a toxic metaphor with a nasty political history and it is hard to read McEwan’s novella without a degree of discomfort … This is dangerous terrain, and McEwan just about gets through it by stepping lightly and moving fast. What keeps him going is his brilliant answer to the question of what could possibly be more absurd than Brexit. He is far too clever to try to compete directly with the real goings-on in Whitehall and Westminster. Instead, the great political project that is roiling Britain is as elaborately bonkers as those that Gulliver encounters on his third voyage … McEwan elaborates this great scheme in prose so finely wrought that the plan seems to have some genuine gravity. And this in turn makes it very funny. He cannot hope to laugh the terrible reality of Brexit out of existence, but McEwan’s comic parable at least provides some relief from a political farce that has long gone beyond a joke.”

“It’s been difficult to miss Ian McEwan. The Cockroach, his satirical new Brexit novella, is his second book this year and his third in three years. The Cockroach is so toothless and wan that it may drive his readers away in long apocalyptic caravans. The young McEwan, the author of blacker-than-black little novels, the man who acquired the nickname ‘Ian Macabre,’ would rather have gnawed off his own fingers than written it. At dark political and social moments, we need better, rougher magic than this … McEwan is hardly a dummy; he derives more than a few witty-ish moments from his premise. The best arrive early … Once McEwan has established his premise, however, The Cockroach stalls. It devolves into self-satisfied, fish-in-barrel commentary about topics like Twitter and the tabloid press. The literary references…are plummy and tortured … The idea of writing The Cockroach probably seemed, in the shower one morning, like a good one. Later, after coffee, it might have occurred to McEwan that suggesting your opponents are cockroaches might be to drop down to their carpet level.”