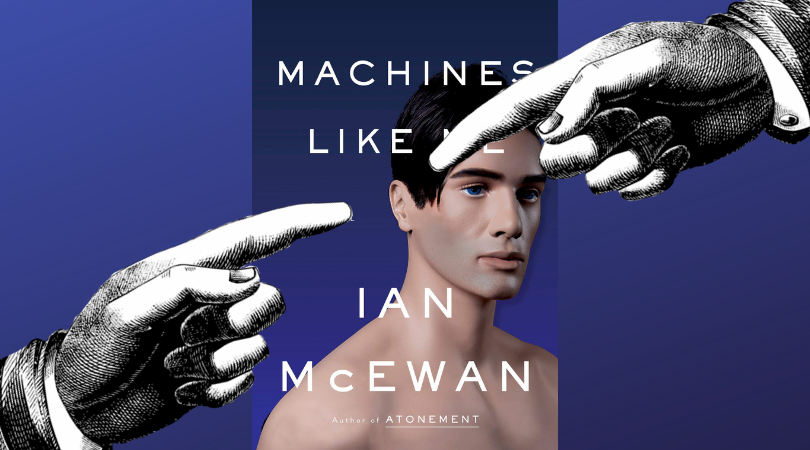 A deployment of odd nuggets of information or a penetrating look at what it means to be human?

Ian McEwan has had an incredibly prolific career. Over the past forty years, he has won the Booker Prize, published fifteen novels, and seen eleven(!) of those novels adapted for the big screen. His work runs the gamut—from psychological thrillers (Enduring Love) to bestselling metafiction (Atonement), from Cold War dramas (The Innocent) to portraits of broken relationships (On Chesil Beach), it seems like he’s done it all. Machines Like Me takes us to a version of the 1980s in which JFK is alive and The Beatles are back together. In this alternate reality, a young Londoner uses his inheritance to purchase a first-generation A.I. android named Adam.

What do the critics think of this brave new world? Overall, the reviews have been mixed. On the positive end of the spectrum, we have Allen Adams raving about it in The Maine Edge: “Rendered in McEwan’s indomitable and inimitable prose, Machines Like Me takes the reader inside a love triangle unlike any our world has ever seen.” Ron Charles of The Washington Post calls it “[a] carefully constructed comedy of terrors.” Heller McAlpin of NPR says Machines Like Me is “a thought-provoking, well-oiled literary machine.” On the more negative side, Janan Ganesh of Financial Times says, “In McEwan’s recent work, the reader is spoilt by his technical mastery, if never quite moved by it.” The New York Times‘ Dwight Garner feels “it falls somewhere toward the middle of his oeuvre in terms of quality.”

Are you willing to dive into Ian McEwan’s alternate 1980s and decide for yourself? 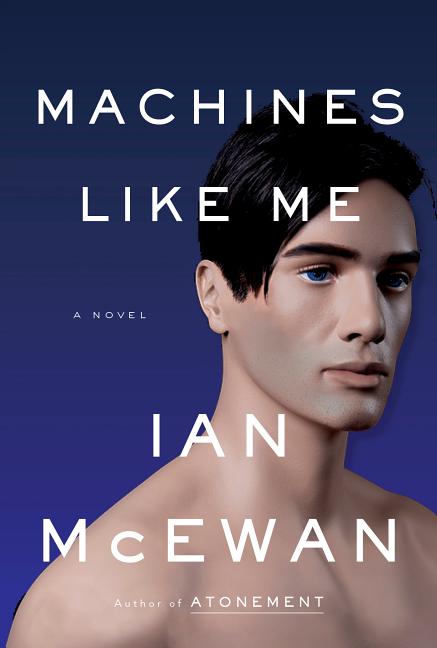 In loftiest terms, we aimed to escape our mortality, confront or even replace the Godhead with a perfect self.

“Machines Like Me is the result of very special literary brain, the master of all he turns his writing to, fantasying deep into our imagination, a novelist with the ability to turn complex science or strange events into gripping and elegant prose. Like the best of novelists he knows how to penetrate right inside the makeup of a human being. Every character, however unusual, becomes believable in his deft hands … Every sentence is well chosen and has perfect form. Every twist in the tale—there are many—is tuned taut for maximum effect … With this novel Ian McEwan opens our eyes to a future for human beings when that is a real possibility—an insufficient and horrifying prospect.”

“McEwan’s deployment of odd nuggets of information in order to make the fictional reality seem real is undermined by his slightly recondite game-playing, which keeps drawing attention to the confected nature of the reality he’s creating … McEwan has made quite a study of intractable ethical issues in his novels, and lately they tend to lie inert at the heart of them, refusing his best efforts to give them real intellectual and emotional life. This is a pity because he is a writer of great skill … a showily literary book … The politics in the book—as in the books before it—are spectacle, the stuff of newspapers and TV news channels, with no attempt to integrate the reasons behind the conflicts, or their possible bearing on the world … This is a cautionary tale, and being based as it is on extensive research carries discursive weight, but like others of his recent novels, it remains divided, emotion and information unconnected, while off to one side a chorus underlines the moral issues, sets essay titles and suggests model answers, without ever questioning what human longings are all about.”