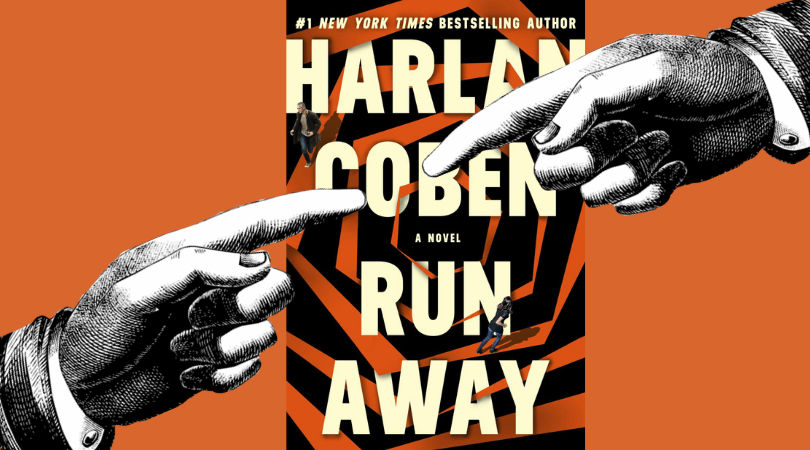 One of the year's best suspense thrillers or more cartoonish than compelling?

Harlan Coben—the bestselling author of thirty novels, including Fool Me Once, Tell No One, and No Second Chance—is one of the most successful and prolific mystery and thriller writers at work today. Over the course of a twenty-five year career Coben has received an Edgar Award, a Shamus Award, and an Anthony Award, becoming the first author to win all three. His latest, Run Away, has been met with generally positive reviews since its release earlier this month. The Real Book Spy, for example, considers this “another nail-biting story…that’ll leave readers recovering from whiplash.” By contrast, however, Kirkus—the only voice of dissent so far—felt that “by the time the double-twist payoff arrives, fans will be torn between dissatisfaction and relief.”

Who do you think makes the more compelling argument?

Simon sat on a bench in Central Park—in Strawberry Fields, to be more precise—and felt his heart shatter.

“Coben, a true master of suspense, is known for producing nonstop twists and turns, and he delivers another nail-biting story here that’ll leave readers recovering from whiplash upon turning the final page … his latest offering reverts back to the classic brew of unbearable suspense that he’s so known for producing with his thrillers. If this book doesn’t get your heart racing, you might need to try a new genre … When it comes to misdirection and catching readers off guard, no one’s better than Harlan Coben, who continues to land unexpected twists and shocking reveals. Fast-paced and helplessly entertaining, Run Away is everything his readers have come to expect and then some, and is sure to stand among the year’s best suspense thrillers.”

“…readers spoiled by Coben’s long history of triple-barreled thrillers (Don’t Let Go, 2017, etc.) will be turning the pages with bated breath. But the broadly hinted connection…is more cartoonish than compelling, and the alternating chapters recounting the investigations of Simon and Elena dilute the suspense instead of intensifying it. By the time the double-twist payoff arrives, fans will be torn between dissatisfaction and relief. In seeking to extend his formidable range, Coben overreaches: the far-flung complications feel forced and schematic rather than nightmarish. Wait till next year.”