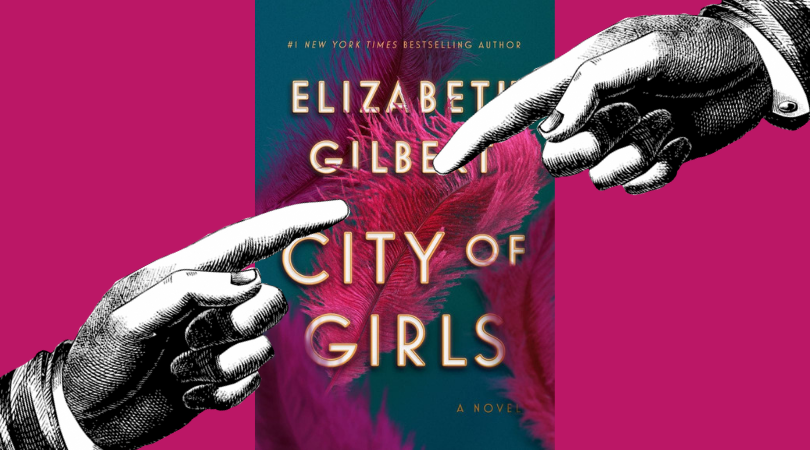 A willy-nilly skip through a personality-devoid life or a punch-to-the-heart reminiscence?

You probably know of Elizabeth Gilbert because of Eat, Pray, Love, which tells the story of her search for happiness and details her adventures through Italy, India, and Bali. (The memoir also went on to become a 2010 comedy-drama starring Julia Roberts, Javier Bardem, and James Franco.) The bestselling author is back with a new novel, City of Girls, set on the stage of the theater world in 1940s New York City. The elderly Vivian reminisces on her life, regrets, sexual conquests, and attempts to find love.

Overall, Elizabeth Gilbert’s return to fiction has been met with generally positive reviews. Booklist‘s Donna Seaman praised it as “pure bliss, thanks to its spirited characters, crackling dialogue, rollicking yet affecting story lines,” while Kirkus described it as “jammed with terrific characters, gorgeous clothing, great one-liners, convincing wartime atmosphere, and excellent descriptions of sex.” The Washington Post‘s Ron Charles had a more mixed reaction, saying, “The best and worst thing that can be said about City of Girls is that it’s perfectly pleasant, the kind of book one wouldn’t mind finding in a vacation condo during a rainy week.” Marie Mutsuki Mockett of San Francisco Chronicle felt similarly, but concluded that “the lush prose and firm belief in love that suffuses City of Girls will be a cool place to hide out.”

This week, we’re focusing on Caroline Leavitt’s review in The Boston Globe, which bills City of Girls as “ultimately a punch-to-the-heart reminiscence,” and pitting it against Hillary Kelly’s review in Vulture, which wonders, “Why an accomplished novelist like Gilbert would so blithely expose the hole where her protagonist’s personality ought to be, I don’t know.” 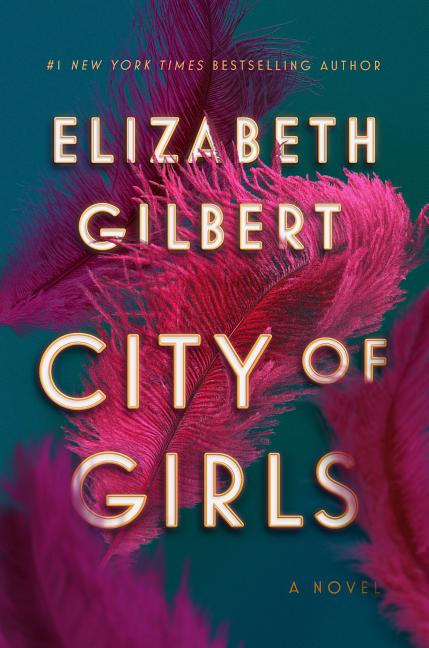 But why should anyone’s longevity surprise me, when I myself have clung to existence like a barnacle to a boat bottom?

“Vivian, who begins the novel as a naïve, silly 19-year-old and ends it a slightly wiser octogenarian, is a blank, a TV turned to static—fuzzy, mildly distracting, and ultimately an annoyance. Why an accomplished novelist like Gilbert would so blithely expose the hole where her protagonist’s personality ought to be, I don’t know. But Vivian is dull, and, what’s worse, there is nothing intriguing about her dullness … Vivian is all feathers and glitter—a sparkly story stitched onto a formless narrative garment that forgets all the lessons Gilbert has learned (and imparted) about the so-called plight of single, sexually voracious women … [The book offers] a glimpse into the inner workings of the mid-century New York theater world that is as engaging as all the sequined gowns might suggest. But City of Girls then skips willy-nilly through the rest of Vivian’s life, compressing decades into sentences and lingering on like a comatose patient without a living will. She has sex, makes friends, sews a bit, walks the city, and remains shut off to her own interiority all the while … The problem here is that Gilbert writes as if having a ton of sex…is a replacement for a personality … This novel is simply an idea walking around pretending to be a fleshed-out character study.”

“… a sometimes maddening, something frothy, and ultimately a punch-to-the-heart reminiscence … it’s hard to avoid growing impatient with the way Gilbert parcels out hints about Angela’s father; it comes to feel as though the best part of the story is waiting in the wings, behind a heavy velvet curtain we simply cannot budge. But the wait is not without its delights. Gilbert gives us a heady Valentine to a changing New York City … the whole tone and texture of the novel dramatically change, becoming a more moving, haunting, and absolutely profound meditation on love, loss, friendship, and all the extraordinary ways people manage to live their lives … as deliciously refreshing as a fizzy summer drink, but truly, in its second half, it’s also more like fine wine, thoughtfully crafted to be savored for its benefits.”