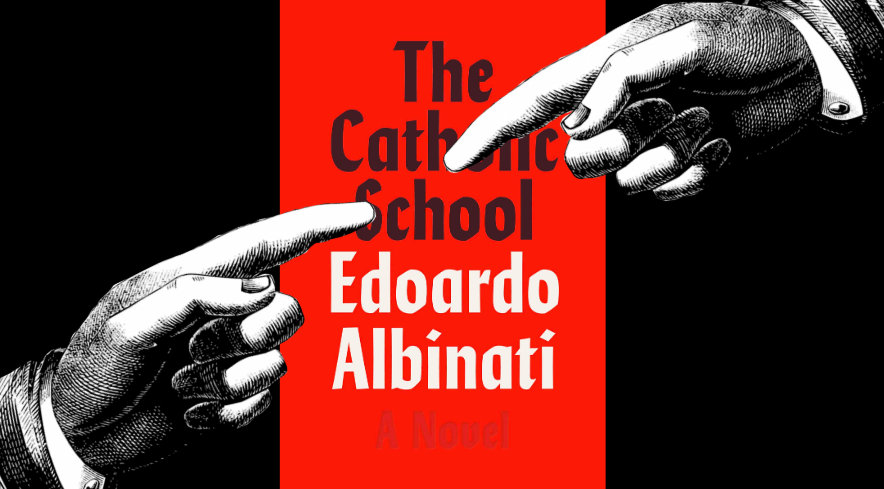 Intensely brilliant or misogynistic and humorless?

Winner of Italy’s prestigious Strega Prize, The Catholic School is a 1,294-page whopper of a novel based on an infamous real life crime. Edoardo Albinati was a classmate of the three boys convicted of brutalizing and murdering two young girls in 1970s Rome. He uses this horrendous act as a jumping off point to discuss misogyny, masculinity, and the Catholic church.

Despite its popularity across the pond, The Catholic School has been met with some mixed reviews over here. In Library Journal, Joshua Finnell compares it to Truman Capote’s In Cold Blood, praising it for its “precise language and philosophical diatribes” and Kirkus recommends the novel to “readers who like their fiction laden with more reflections than deeds.” The New York Journal of Books‘ John L. Murphy, however, comments that “much of this dense narrative reads like an academic treatise,” but also acknowledges that “the advantage Albinati may offer his perplexed or diligent critics may lie in his ability to explain and elaborate why and how his take on the sordid and sensationalized events of his teens transformed into a massive, garrulous analysis of Italian culture.”

Today we’re taking a look at Brendan Driscoll’s glowing review in Booklist, which commends The Catholic School for its “intense and intimate disquisition on masculinity, violence, and social class.” In the other corner, we’ve got The New York Times‘ Parul Sehgal condemning its misogyny: “A peculiar, disconcerting feature of the book is how frequently it reproduces the conditions it purports to criticize.” 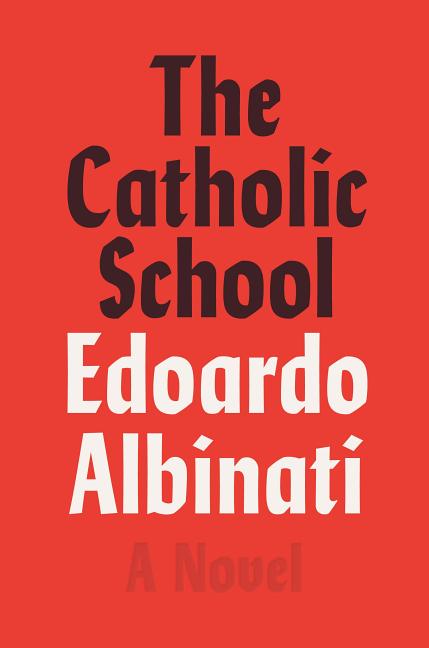 Was this really life? That is, was this my life? Did I need to do something to make it mine, or was it being provided and guaranteed like this?

“…an intense and intimate disquisition on masculinity, violence, and social class in 1970s Rome … Prize-winning Albinati, a fellow alumnus, does not shy away from grisly sensationalism … What initially seems to be context or digression—a hundred pages on bourgeois marriage; a hundred pages on rape—emerges as the book’s core, a knot of interlocking philosophical concerns that the author has spent a lifetime trying to untangle. Dense, sprawling, brilliant, like Rome itself.”

“…a 1,200-page slab of lament, accusation, exorcism …  a taxonomy of male types, of bullies and victims; a close reading of locker room behavior; an analysis of the correct proportion of vulgarity necessary for humor between friends … There are only a few scenes, lightly sketched; the modes here are the tirade and the aria—compulsively repetitive discursions with Albinati occasionally and apologetically catching himself … but Albinati is generally a humorless writer … A peculiar, disconcerting feature of the book is how frequently it reproduces the conditions it purports to criticize. It too is a harshly male-only space … Women generally appear here in slices—as membranes, fleshy protuberances, vessels for male insecurity and revulsion … Albinati conjures the minds of the killers and descends into them; we are trapped in their amber, their humid, claustrophobic logic. You expect him to take an ax to all this, to let in reason, but he merges with the muck.”