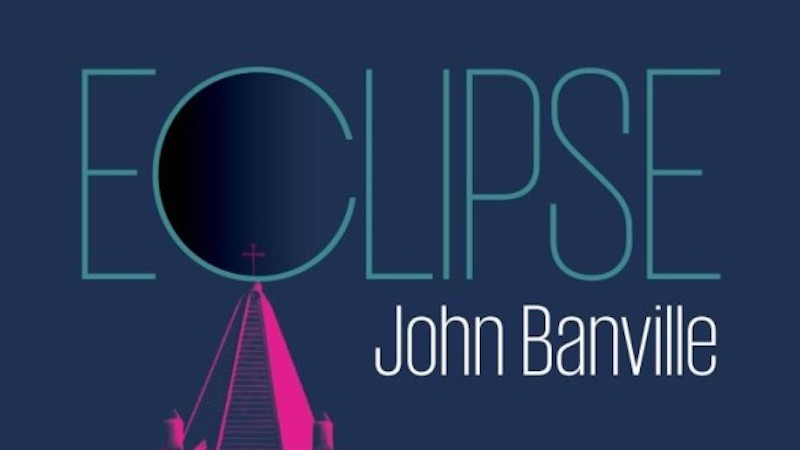 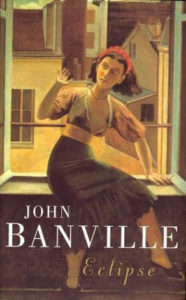 This, I told myself, this is the way I shall be condemned to pass my days, turning over words, stray lines, fragments of memory, to see what might be lurking underneath them, as if they were so many flat stones, while I steadily faded.

“How’s this for the actor’s nightmare: you not only freeze onstage in midperformance—’cold sweat, mute helpless fish-mouths, the works’—you also discover, upon staggering into the wings, that you no longer know the lines for your offstage role. Your self has gone away, or has been undermined by other selves that have fallen into step beside you or inside you.

The unhappily aptly named Alexander Cleave, the protagonist of Eclipse, John Banville’s 12th novel, celebrated throughout Britain for his sensitive yet brutal Hamlet, ‘uncanny’ Iago and ‘coiled Richard Crookback,’ has noticed ominous signs even before this disaster: He has found himself weeping in movie theaters with no idea of what he was mourning. He has felt certain he was surrounded by portents, though uncertain of their meaning. Lately, the simplest things people have said to him seem cryptic and, whatever the hour, it is as if he had just risen and were trying to clear his head and get a grip. He has been involuntarily fixing on a bit of himself—’a finger, a foot’— and gaping at it in horror, ‘unable to understand how it made its movements.’ And what is his last line before his very public breakdown? ‘Who if not I, then, is Amphitryon?’

As that line suggests, Banville is back to one of the persistent preoccupations of his recent fiction: the elusive and unstable nature of identity. And so Cleave hides out at his now empty childhood home like a survivor from a shipwreck, seeking not only respite but also some perspective, a chance to confront just who he is or might be ‘without shock or shrinking.’ 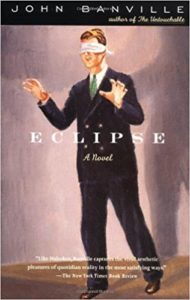 “This requires some steeliness, it turns out. Because if his condition seems like a kind of Dantean punishment for an actor, that’s no accident. For some time now, particularly as a husband and father, Cleave has not been what he pretended to be. (‘It is an actor’s failing,’ he helpfully points out.) He has been, and continues to be, heartlessly detached from his long-suffering wife, Lydia. When, distraught, she remarks, ‘I take it you have left me and will not be coming back,’ his response is, ‘Now, was that a line of anapests . . . or the rarer, shyer amphibrach?’ For long stretches, he loses track of his emotionally disturbed daughter, Cass, now grown and moved away. He never even fully inhabited the role of son, isolated from his parents when they were alive and unable to grieve at their deaths.

He lies about the house with a kind of numb lassitude, the melancholic savoring the forms of his own distress. (Having dreamed of himself as a torturer, he seeks to recapture the dream ‘in all its cruelty and mysterious splendor.’) He stops shaving. He contemplates a palm turned septic from a scratch. His house seems to be haunted by an inexplicably familiar woman and child, shades conjured like the portraits from his memories, like himself.

As with so many of his creator’s protagonists, Cleave is positively thrumming with self-awareness, exquisitely and relentlessly conscious of being watched. Alone in this house, he’s hiding from one audience in order to perform for two others: himself and the reader. ‘See me there, the haunted one,’ he exhorts us on the very first page, ‘assailed suddenly, in the midst of the world.’ A fugitive presence in his own mind and heart, he seems to exist only insofar as he can write himself, or be written. He’s got the tools he thinks are necessary to the task: an elephantine narcissism apparently separated from its mostly inseparable pal, vanity, and a self-consciously literary erudition. 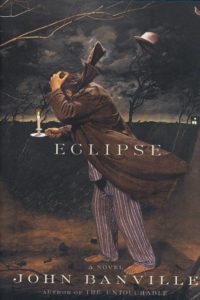 “In ways that are in equal measure slippery and illuminating, our narrator ranges across the canon in search of models to help us get a fix on his ever-shifting nature. He remembers, as a boy, feeling as though he were carrying the precious vessel of his own selfhood through a throng of foes, like a cross between the girl from Elizabeth Bishop’s ‘In the Waiting Room’ and the boy from Joyce’s ‘Araby.’ He offers himself as Crusoe, as Prospero and as ‘the scoffer lounging in doublet and hose’ in an upstairs window of an inn and spitting pomegranate seeds onto Chaucer’s pilgrims as they pass below.

The most ubiquitous literary shade evoked, though, is Nabokov’s. Banville must be bone-weary by this point of having reviewers pick up the Nabokovian scent once again, and yet Eclipse seems positively crosshatched by the great man’s spoor. There’s the sly, performative unreliability of the narrator, and the courtesy with which he exposes his own narrative machinery. There’s that characteristic playfulness about the permeability of memory and imagination. Characters’ names wryly point to their created status, as in Quirke, the eccentric caretaker, and Sniveling, Cleave’s understudy. Lolita is alluded to throughout, in Cleave’s teasingly Humbertian attitude toward the caretaker’s under-age daughter, ‘a grubby and all too actual odalisque, scanning her mags, and sipping her cola’ (‘I study her now with an almost ogreish intensity’), and in his self-indictments: ‘I have always been a timid soul, for all the blackness of my heart.’ Freud’s beard is tweaked throughout. (On the way to his first sexual experience, Cleave notes, ‘I was reminded of the slap my mother had given me all those years before, on the day of my father’s death.’) And both Cleave and his daughter are even afflicted by the referential mania that torments the parents’ son in Nabokov’s magnificent story ‘Signs and Symbols.’

Game playing like this contributes, of course, to an atmosphere of overcontrivance, and the book suffers periodically from both the sheer number of hints it provides concerning its own ingenuity of design and its narrator’s eagerness to help us out editorially. He tends to retell us things that are abundantly clear, like ‘Memories crowd in on me, irresistibly, threatening to overwhelm my thoughts entirely,’ or ‘I may be embellishing, inventing, I may be mixing everything up.’ 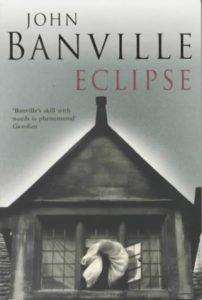 “But two other aspects that also seem Nabokovian save the enterprise: that sense of the importance of the stakes involved—of a desperate gaiety masking anguish—and a beguiling tenderness of observation, a tenderness that immediately ethically complicates the solipsism implied by the suffocating self-consciousness.

Like Nabokov, Banville captures the vivid aesthetic pleasures of quotidian reality in the most satisfying ways. Cleave notes about his stand-in for Lolita that ‘on each foot the littlest toe is turned in under its neighbor like the handle of a little cup.’ He attends the world around him as though given the sole task of keeping track of it: ‘The day is damp and fresh as a peeled stick.’ At such moments, his dream of dislocation and transport becomes ours. This is watchfulness as the first step toward engagement, and so back into life.

And not a moment too soon, for all of those portents turn out to have been leading toward something, and our hero begins to transcend his solipsism just in time to apprehend a shattering loss. If, throughout Eclipse, perception has been rendered as a single, small attic window looking out onto an immensity of blue air, through which we can barely glimpse one another’s incommensurable losses, the novel’s triumph is to have contrived for us, by its finish, the piercing sadness of having connected to a man who can’t connect to anyone, as he bears a punishment that turns out to have been more infernally ingenious than even he could have supposed. We grant him our full attention and respect as he’s forced to go on, bearing the mystery of himself before him.”