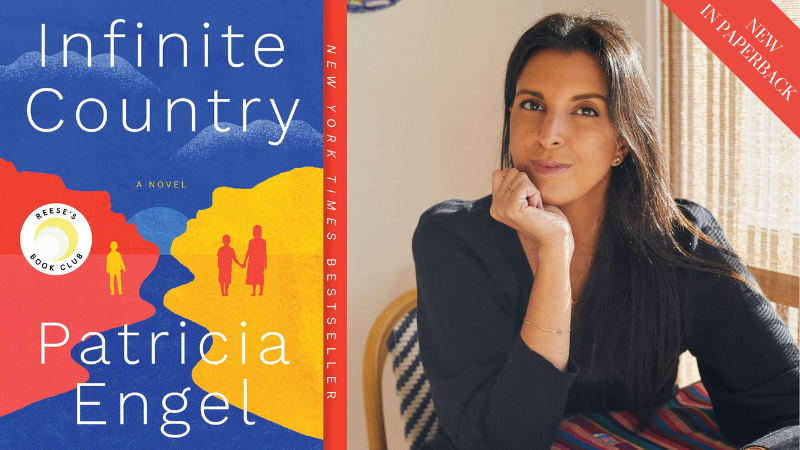 Patricia Engel on The Lover, Edwidge Danticat, and the Rats of NIMH

Rapid-fire book recs from the author of Infinite Country

This week, we spoke to the author of Infinite Country (out now in paperback), Patricia Engel.

Patricia Engel: The Diary of Anais Nin, which I read in high school. A lot of the content went over my head at the time, but it showed me the power of personal writing and a woman’s voice.

PE: One Hundred Years of Solitude and The Vortex by José Eustacio Rivera.

PE: The forthcoming memoir by Ingrid Rojas Contreras, titled The Man Who Could Move Clouds, which describes her family’s supernatural ancestry.

PE: Love is an Ex-Country by Randa Jarrar.

PE: Any book featuring a US-based Latina protagonist. I didn’t come across such a book until I was in my twenties. It was Soledad by Angie Cruz.

PE: Hate is too strong a word but I am not a fan of Jane Eyre.

PE: The Lover by Marguerite Duras.

PE: I would not say nobody has heard of it, but a book that I think should be more widely read is In the Beginning Was the Sea by Tómas González.

PE: Too many to choose from but among my tops are Prayers for the Stolen by Jennifer Clement and Say Her Name by Francisco Goldman!

PE: The Rats of NIMH books.

Patricia Engel is the author of Infinite Country, a Reese’s Book Club pick, Esquire Book Club pick, Indie Next pick, Amazon Best Book of the Month, and more. Her other books include The Veins of the Ocean, which won the Dayton Literary Peace Prize and was named a New York Times Editors’ Choice and a San Francisco Chronicle Best Book of the Year; It’s Not Love, It’s Just Paris, which won the International Latino Book Award, and of Vida, a finalist for the PEN/Hemingway Fiction Award and the Young Lions Fiction Award; winner of a Florida Book Award, International Latino Book Award and Independent Publisher Book Award, longlisted for the Story Prize and the Dayton Literary Peace Prize, and named a Barnes & Noble Discover Great New Writers selection and a New York Times Notable Book of the Year. For Vida, Patricia was the first woman to be awarded Colombia’s national prize in literature, the 2017 Premio Biblioteca de Narrativa Colombiana. She has been awarded fellowships from the Guggenheim Foundation, the National Endowment for the Arts, the Florida Division of Cultural Affairs, Bread Loaf Writers’ Conference, Hedgebrook, and Key West Literary Seminar among others, and is the recipient of an O. Henry Award. 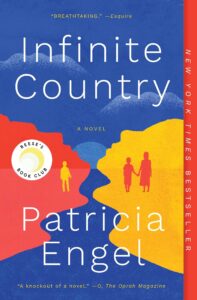 Patricia Engel’s Infinite Country is out now in paperback from