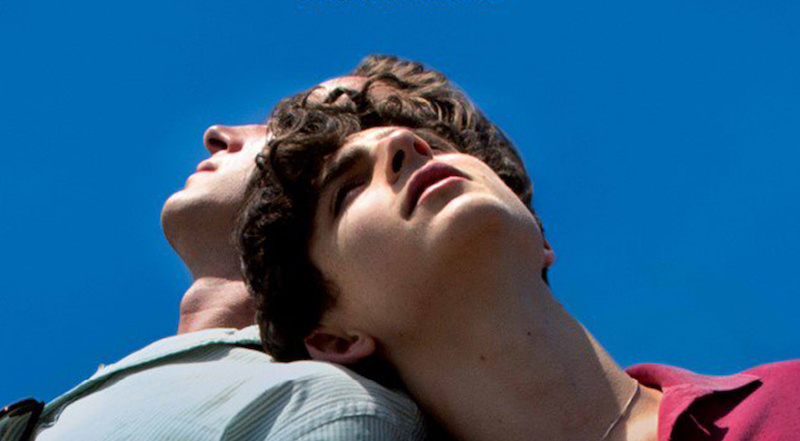 Paradise Found: On André Aciman's Call Me By Your Name 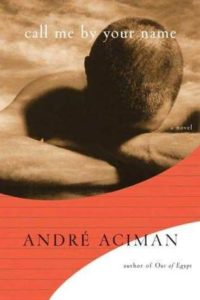 If I could have him like this in my dreams every night of my life, I’d stake my entire life on dreams and be done with the rest.

“This novel is hot. A coming-of-age story, a coming-out story, a Proustian meditation on time and desire, a love letter, an invocation and something of an epitaph, Call Me by Your Name is also an open question. It is an exceptionally beautiful book that cannot quite bring itself to draw the inevitable conclusion about axis-shifting passion that men and women of the world might like to think they will always reach — that that obscure object of desire is, by definition, ungraspable, indeterminate and already lost at exactly the moment you rush so fervently to hold him or her. The heat is in the longing, the unavailability as we like to say, the gap, the illusion, etc. But what André Aciman considers, elegantly and with no small amount of unbridled skin-to-skin contact, is that maybe the heat of eros isn’t only in the friction of memory and anticipation. Maybe it’s also in the getting. In a first novel that abounds in moments of emotional and physical abandon, this may be the most wanton of his moves: his narrative, brazenly, refuses to stay closed. It is as much a story of paradise found as it is of paradise lost.

The literal story is a tale of adolescent sexual awakening, set in the very well-appointed home of an academic, on the Italian Riviera, in the mid-1980s. Elio, the precocious 17-year-old son of the esteemed and open-minded scholar and his wife, falls fast and hard for Oliver, a 24-year-old postdoc teaching at Columbia, who has come to the mansion for six weeks to revise his manuscript … The younger Elio has apparently been more or less heterosexual until Oliver arrives, but in fewer than 15 pages he’s already in a state he calls the ‘swoon.’ He lies around on his bed in the long Mediterranean afternoons hoping Oliver will walk in, feeling ‘fire like fear, like panic, like one more minute of this and I’ll die if he doesn’t knock at my door, but I’d sooner he never knock than knock now. I had learned to leave my French windows ajar, and I’d lie on my bed wearing only my bathing suit, my entire body on fire. Fire like a pleading that says, Please, please, tell me I’m wrong, tell me I’ve imagined all this, because it can’t possibly be true for you as well, and if it’s true for you too, then you’re the cruelest man alive.’ 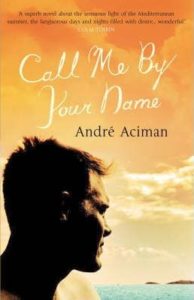 “But it is true for Oliver, and he does knock, and then things really heat up. What Elio and Oliver do to a peach, for instance, might have made T. S. Eliot take a match to ‘The Love Song of J. Alfred Prufrock.’ Aciman, who has written so exquisitely about exile, loss and Proust in his book of essays, False Papers, and his memoir, Out of Egypt, is no less exquisite here in his evocation of Elio’s adoration for the lost city of Oliver’s body and the lost city of the love between the two men. He builds these lost cities with the extraordinary craftsmanship of obsession, carefully imagining every last element of Elio’s affair with Oliver, depicting even the slightest touches and most mundane conversations with a nearly hyper-real attention to how, exactly, each one articulated a desire in Elio that felt ‘like coming home, like asking, Where have I been all my life?’ Aciman never curbs or mocks Elio’s unabashed adolescent romanticism, never wheels in repressive social forces to crush the lovers, never makes one the agent of the other’s ruin. Even Elio’s father is fairly ‘que será, será’ about what he suspects has been going on (a lot) under his scholarly roof.

What unwinds the men from each other’s embrace is none of these clichés; instead, Aciman, Proustian to the core, moves them apart, renders their beautiful city Atlantis, with the subtlest, most powerful universal agent: time. Nobody gets clocked with a tire iron. No one betrays the other. One becomes ordinary and marries; the other’s romantic fate is vague but seems to be more patchy. They meet again, 15 years later, and they’re not tragic; all they are is older. The fully adult Elio thinks, ‘This thing that almost never was still beckons, I wanted to tell him.’ They ‘can never undo it, never unwrite it, never unlive it, or relive it. … Going back is false. Moving ahead is false. Looking the other way is false.’ In a book that seems to wear its heart on its sleeve, this openhanded, open-ended gesture is also its most knowing, challenging moment. That the city of desire is a scrim, all ‘dream making and strange remembrance,’ Aciman seems to say, doesn’t mean it would be any less false not to walk into it. And if the novel is mourning this city, it is also, brick by brick, rebuilding it before the reader’s eyes. 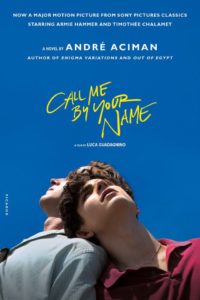 “In his essay ‘Pensione Eolo,’ Aciman writes, ‘Ultimately, the real site of nostalgia is not the place that was lost or the place that was never quite had in the first place; it is the text that must record that loss.’ In other words, Elio and Oliver might give each other up, but the book that conjures them doesn’t give up either one. In fact, it brings them back together, reunites them, for a glorious endless summer. In the book, the river can be revisited. The closing words echo the title: a phrase simultaneously of elegy and of invitation.”