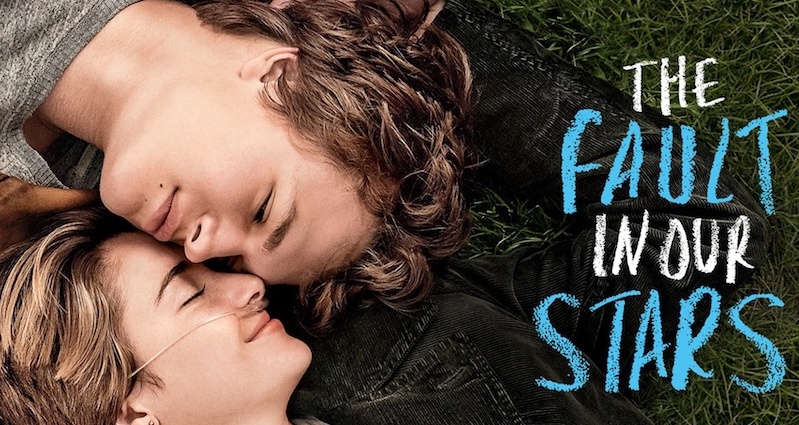 Our Little Infinity: On John Green's The Fault in Our Stars

"Green shoves adolescent-crush jitters and musings about the afterlife into the same story, and yet it all makes sense" 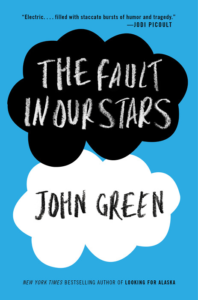 “I cannot tell you how thankful I am for our little infinity. I wouldn’t trade it for the world. You gave me a forever within the numbered days, and I’m grateful.”

“In his Pulitzer Prize–winning book The Emperor of All Maladies: A Biography of Cancer, Siddhartha Mukherjee writes that as recently as the 1950s, cancer was so feared and taboo that the New York Times refused to print the word in a support-group advertisement. It was the second-leading cause of death in the United States then—just as it is now—but it was as mysterious to most people as mortality itself. There is something monstrous about a disease that kills by wanting to live; cancer’s goal is to grow and prosper, with absolutely no regard for its host. It makes sense that people couldn’t speak about it—it’s not easy to commiserate about a nightmare.

And yet, human instinct tells us to band together to fight our enemies, even on the cellular level. Gradually, with scientific breakthroughs and education, cancer became less of a mum word and more of a buzzword. Hollywood jumped on the drama surrounding the disease, and soon films like Terms of Endearment and Beaches were keeping tissue companies in business. Novels and magazine articles highlighted survivor stories; television started adding characters afflicted with illness. Even Sex and the City‘s carousing Samantha had her share of chemo.

In recent years, the trend has gone one step beyond talking about cancer—the goal now, at least for pop culture, is to find the humor in it. Fortunately, John Green is the kind of writer to deliver it. 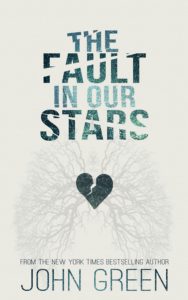 “Green writes books for young adults, but his voice is so compulsively readable that it defies categorization. He writes for youth, rather than to them, and the difference is palpable. He doesn’t dumb anything down. His language is complex, his syntax adult. He freely references Kierkegaard and William Carlos Williams alongside bloody video games and action movies. Add to that a raw and real glimpse at childhood illness, and his latest, The Fault in Our Stars, may be his best book yet.

The real tragedy of cancer may be that it affects people of all ages, and children suffering from the disease are often hit hardest. Robbed of any semblance of a normal life, ‘cancer kids,’ as Green’s narrator, Hazel Grace Lancaster, calls them, mark their time in days and weeks.

Hazel, 16, has been battling thyroid cancer since age 13, and only through the use of an experimental drug is she still alive. She carries an oxygen tank with her everywhere, and hasn’t attended traditional school since her diagnosis. Depressed and lonely, she tries a support group, where she meets the handsome—and deceptively sick—Augustus Waters, a 17-year-old dreamboat who quickly proceeds to turn her life into an adventure. Green graciously avoids the typical will-they-or-won’t-they of most teen reads, as cancer victims don’t have the luxury of time to dawdle with their affections. Instead, Augustus and Hazel become fast friends. 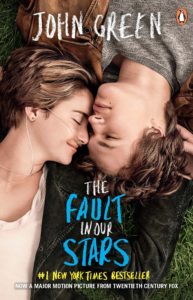 “Green’s novel is elegantly plotted, and as sad in places as one might expect a book about adolescent cancer to be. But it’s also brimming with joy. Hazel and Augustus have a zeal for living and for each other that, cancer or not, is rare, and it’s a delight to see their plans unfold and relationship flourish even as they both face death.

Green has a powerful online following: He is a YouTube video star with an army of fans he calls the ‘nerdfighters,’ a group mobilized ‘to fight to increase awesome and decrease suck.’ His draw is so magnetic that just by asking his devotees to donate money, he raised over $100,000 for charity. When he offered signed copies of Fault in a pre-sale last year, the novel leapt to the top of Amazon’s list of best-selling books in a single day, and it has remained in the top 20 since.

The Fault in Our Stars proves that the hype surrounding Green is not overblown. He tells his story with such gumption and tenderness that he almost adds a new genre to cancer-lit: romantic teen angst jumbled with big existential questions. Green shoves adolescent-crush jitters and musings about the afterlife into the same story, and yet it all makes sense. As Hazel says to Augustus, ‘Some infinities are bigger than other infinities … There are days, many of them, when I resent the size of my unbound set. But Gus, my love, I cannot tell you how thankful I am for our little infinity.’

You will be thankful, too, for the little infinity you spend inside this book.”