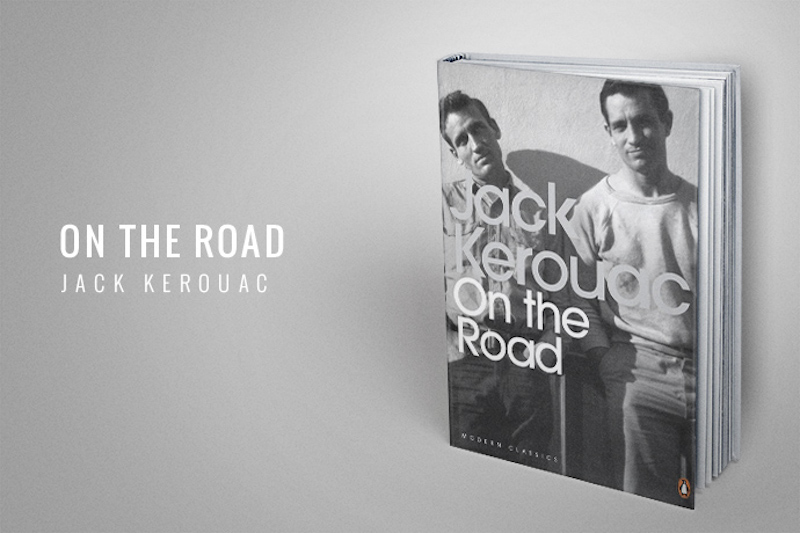 "On the Road constantly promises a revelation and cannot deliver" 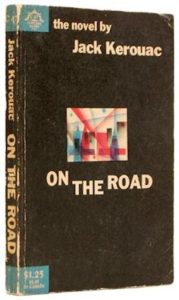 “Jack Kerouac’s second novel, On the Road (Viking, $3.95), concerns the adventures of the narrator, Sal Paradise, a war veteran who is studying on the G.I. bill and writing a book between drinks, and his younger friend, Dean Moriarty late of reform school. Neither of these boys can sit still. They race back and forth from New York to San Francisco, they charge from one party to another, they tour jazz joints, and Dean complicates the pattern by continually getting married. At odd moments they devote a little thought to finding Dean’s father, a confirmed drunk who is presumably bumming around somewhere west of the Mississippi.

Dean is the more important character. Mr. Kerouac makes considerable play with his disorderly childhood, his hitch in the reform school, and his rootlessness, but his activities seem less a search for stability than a determined pursuit of euphoria. Dope, liquor, girls, jazz, and fast cars, in that order, are Dean’s ladder to nirvana, and so much time is spent on them that it is hard to keep track of any larger pattern behind all the scuttling about.

The trouble is a matter of repetition. Everything Mr. Kerouac has to tell about Dean has been told in the first third of the book, and what comes later is a series of variations on the same theme. It’s a good theme—the inability of a young man of enormous energy, considerable intelligence, and a kind of muddled talent for absorbing experience to find any congenial place for himself in organized society—but the variations are all so much alike that they begin to cancel each other out.

However, the novel contains a great deal of excellent writing. Mr. Kerouac has a distinctive style, part severe simplicity, part hep-cat jargon, part baroque fireworks. He uses each of these elements with a sure touch, works innumerable combinations and contrasts with them, and never slackens the speed of his narrative, which proceeds, like Dean at the wheel, at a steady hundred and ten miles an hour.

The book is most readable. It disappoints because it constantly promises a revelation or a conclusion of real importance and general applicability, and cannot deliver any such conclusion because Dean is more convincing as an eccentric than as a representative of any segment of humanity.”