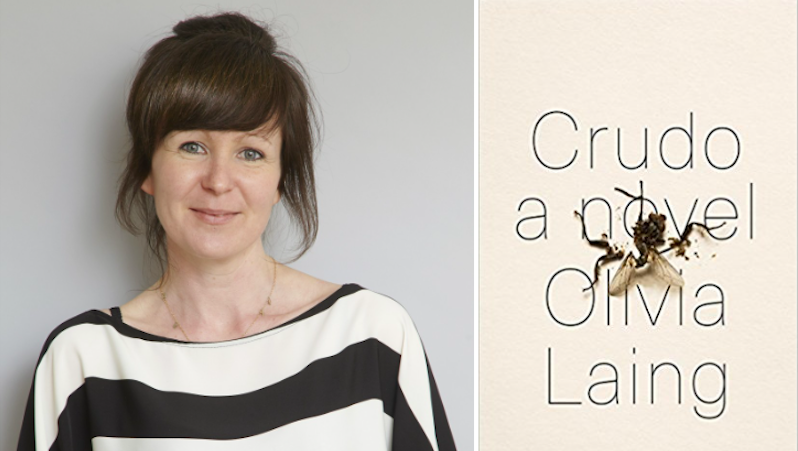 Olivia Laing: Five Books about Love in the Apocalypse

The author of the novel Crudo shares five books in her life.

Olivia Laing’s new novel, Crudo, is published next month. She shared her list of five books about love in the apocalypse with Jane Ciabattari. 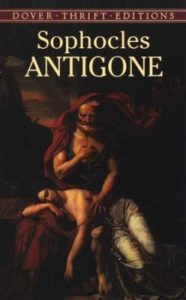 Antigone is the story of someone trying to do right, when what is right is against the law. It’s about valuing love, care, and decency above the rule of the state, and it remains unhappily necessary reading.

Jane Ciabattari: Antigone’s act of defiance of the state was a precursor to the civil disobedience we’ve seen in acts of resistance against contemporary state actions. Love and doing what’s right is so important Antigone is willing to die for her beliefs. Why do you think her actions still resonate today? Who are our modern-day Antigones?

Olivia Laing: Because we still have inhumane, supremacist states that do not treat all people with equal dignity and respect. If a state decides it’s okay for some people to suffer because of their place of birth or colour, whether that’s by caging refugees or perpetuating a racist police, then it has become inhumane. As for modern-day Antigones, three women spring to mind. Patricia Okoumou climbed the Statue of Liberty on 4 July this year in protest against the Trump administration immigration policies. In 2015 Bree Newsome climbed a flagpole in front of the South Carolina Capitol building and took down the Confederate flag. And in July this year a Swedish student, Elin Ersson, refused to take her seat on a plane until an Afghan man who was being deported was taken off. All three women have been punished and chastised for their actions, which were profoundly unselfish and in service of the freedom of others. 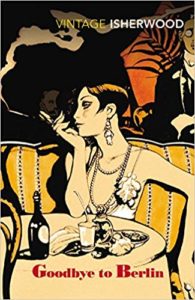 Isherwood’s semi-fictionalised account of a young writer’s time in Berlin between 1930 and 1933 begins with romance and friendship and ends with Nazi parades, disappearances, and torture. It’s a frightening account of how an ordinary world can be altered inexorably by fascism, and the dispassionate witnessing is exemplary.

JC: Imagine setting a book in Weimar Germany that opens with this promise: “I am a camera with its shutter open, quite passive, recording, not thinking.” Ishwerwood witnessed the rise of Hitler. In the opening pages of your novel, Kathy, your narrator, notes, “The internet was excited because the President had just sacked someone. Got hired, divorced, had a baby, and fired in ten days.” She quotes Trump’s tweets, mentions the stream of images coming out of Charlottesville (“armed militias, crackers in camo armed with assault rifles”), and despite the growing atmosphere she prepares to get married. Did the political climate today inspire you to turn to fiction after biography, memoir, and criticism? And what makes it possible for Kathy to find love?

OL: Yes, absolutely. Goodbye to Berlin was very much my model for Crudo. When I began it in August 2017, I’d been trying for the past two years to write a non-fiction book about the body, but the turbulence of the times, and in particular the rise of fascism, was unignorable. I knew that if I wrote about the events of 2017 in my customary non-fiction style I would give it an orderliness and intelligibility it absolutely did not possess. So I turned to fiction, setting down real events through the eyes of Kathy, a cartoonishly paranoid, anxious, and selfish character who I felt epitomised something of our era. As in Goodbye to Berlin the constant shifts between a small personal life and the large political climate are queasy and disturbing. But unlike Christopher, Kathy doesn’t just want to be a camera. She wants to participate. She wants to be less selfish. She wants to admit to the reality of other people and their needs. She wants to love. 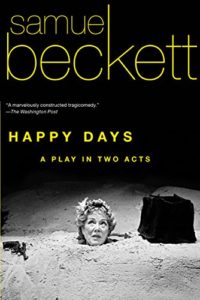 Happy Days is about the illusions that keep us going. It’s bleak and pitiless, and yet there’s something almost consoling about the steadiness of Beckett’s stare into the abyss.

JC: The visual image of Winnie as she is gradually buried up to her neck in the course of two acts, is powerful.  She’s always in the present as she speaks of her routine, her memories, often repeating “happy day,” hoping “‘something of this is being heard.” Her husband Willie never seems to listen. How can they have some sort of love ongoing despite it all? Is the fact he is there enough? Or the fact that she is still able to express herself, however haltingly, as her body and mind gradually fail?

OL: I don’t think they do have love ongoing. I think they are people who are locked together, and it’s hard to come up with a more dysfunctional, claustrophobic relationship in literature. Nor do I think Winnie’s blind optimism is anything to aspire to. What I’m encouraged by is Beckett himself as a witness: the fact that it is possible to make something durable even out of horror. 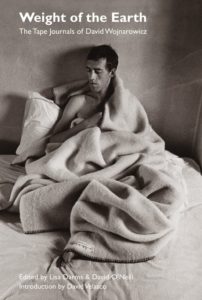 The Weight of the Earth, David Wojnarowicz

The apocalypse for the artist David Wojnarowicz was AIDS, a plague that annihilated friends and lovers, and which would eventually kill him too. He channelled his fury and despair into writing of unparalleled beauty and intensity. I love all his books, but this new edit of his audio diaries is especially intimate.

JC: Wojnarowicz died of AIDS in 1992, and these audio journals were recorded from 1981 to 1989, covering his relationships, his art, his emotional shifts. “Sometimes I wonder if I want to die or not,” he notes in May 1989, during a drive from Knoxville to Nashville. “I mean, if I wasn’t faced with this virus, how much would I want to live? And I remember Peter [Hujar] was always having those feelings. But I know that I want to live. At the moment, the road is reflecting this bright part of the sky that’s up ahead, and all the trees have receded into this thick dark green bordering both sides of the road. And there’s a gray cloud right at the end of the road and above that some strips of white pulling through the sky, and then there’s this blue, a really beautiful cobalt, very light with a lot of gray in it, and then above that more dark clouds in front of a strip of a bright-white cloud line. And then the gray heaven. And it’s really quite beautiful.” Despite the apocalypse, he was moved by the beauty around him, deeply committed to life. How do you think his illness affected his work?

OL: I have such an intense memory of sitting in the reading room at Fales, in the Bobst Library at NYU where the Wojnarowicz archive is housed, listening to those tapes through headphones. Wojnarowicz had a very deep distinctive voice and the impact of hearing him think aloud, speaking in such a painfully honest, unguarded way, was extraordinary. He was always a radically honest witness to his times, but I think his diagnosis made him exceptionally alert to beauty as well as injustice. As he says in Close to the Knives, smell the flowers while you can. 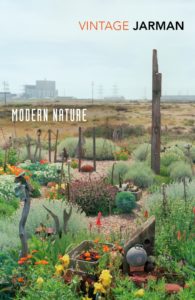 Jarman’s diaries from 1989 and 1990 are another testament of the AIDS crisis, and yet they are also filled with moments of love and beauty. There’s Jarman’s joy at his late-flowering love affair with Keith Collins, and there’s the magical creativity of the garden he built opposite a nuclear power station on the shingle beach of Dungenness. If Jarman has one message, it’s that it’s always worth making the world better than it was.

JC: You’ve written of the influence of Modern Nature: “It was here I developed a sense of what it meant to be an artist, to be political, even how to plant a garden (playfully, stubbornly, ignoring boundaries, collaborating freely).” His voice is indelible. What’s your favorite passage from the book?

OL: What I really like in Derek’s writing is his movement between subjects. In a single entry, he might shift from domestic romance to political fury, or jot down garden notes about the lavender he’s planting, followed by a scholarly disquisition on medieval herbals and a joyful, sexy account of cruising on Hampstead Heath. Jarman lived a big life. He didn’t draw boundaries or allow himself to be limited by rules and categories. He insisted on freedom.