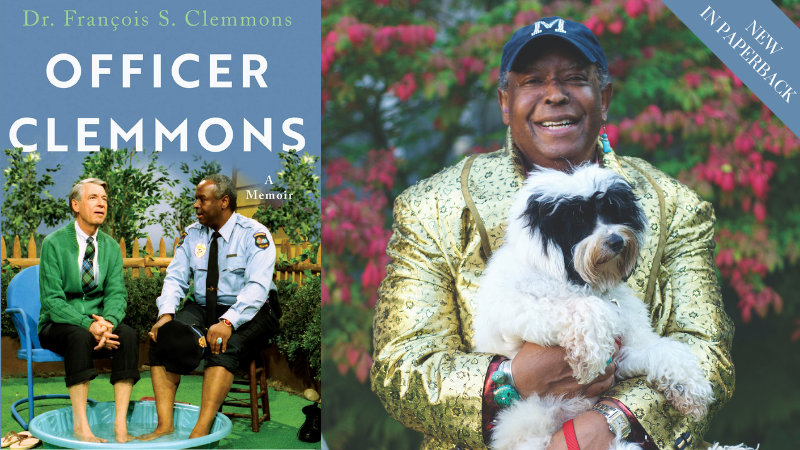 10 rapid-fire book recs from the author of Officer Clemmons: A Memoir

This week, we spoke to the author of Officer Clemmons: A Memoir (out now in paperback), Dr. François S. Clemmons.

Dr. François S. Clemmons: The Little Prince has always been dear to my heart.

FC: Jubilee by Margaret Walker which is essentially the black version of Gone With the Wind. The first time I read it, I couldn’t put it down, and I got to spend time with her before she died. Boy did I love that book and love her! Margaret lived in Mississippi, and whenever I was in town to sing, I would go to her house. She was my unofficial mentor and taught me so much about black history and my worth as black person.

FC: A Dictionary of Angels by Gustav Davidson. It is THE dictionary if you’re into angelology.

FC: Up From Slavery by Booker T. Washington. Booker had an extraordinarily difficult life, and I felt tremendous empathy for him very deep inside of me, even at a young age.

FC: I’ve read, re-read and given away The Prophet by Kahlil Gibran countless times! Great literature has come to us from the Persian Empire, and this book was a huge influence on American literature.

FC: Time on Two Crosses by Bayard Ruston. The whole life story of Bayard Ruston is fascinating—he was the openly gay organizer of the March on Washington in the 60s and introduced Dr. King to Gandhi. They went to India together, and King’s philosophy of non-violent civil disobedience was tremendously enhanced by meeting Gandhi.

FC: Michelle Obama’s Becoming—Michelle is one of my new heroines. She is so deep, honest and full of integrity and leadership.

FC: The Fire Next Time and Go Tell It On the Mountain by James Baldwin. My high school English teacher, Mrs. Barbara Kuhlins, understood my creativity and nature and knew Baldwin was just what I needed.

FC: Growing up, my church had a series of picture books featuring historical figures such as George Washington Carver, Sojourner Truth, Frederick Douglas, and Booker T. Washington. I read those books over and over!

FC: Margaret Walker’s Jubilee. It would be such a wonderful companion to the 1974 film, The Autobiography of Miss Jane Pittman

Dr. François S. Clemmons received a bachelor of music degree from Oberlin College and a master of fine arts from Carnegie Mellon University. He also received an honorary doctor of arts degree from Middlebury College. In 1973, he won a Grammy Award for a recording of Porgy and Bess; in 1986, he founded and directed the Harlem Spiritual Ensemble; and from 1997 until his retirement in 2013, Clemmons was the Alexander Twilight Artist in Residence and director of the Martin Luther King Spiritual Choir at Middlebury College in Vermont, where he currently resides. 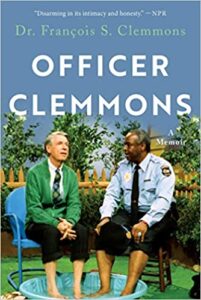 François S. Clemmons’ Office Clemmons: A Memoir is out now in paperback from Catapult