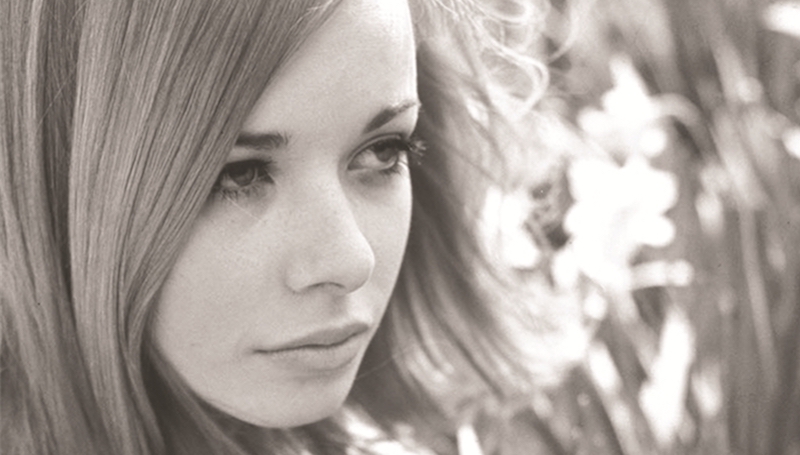 Nothing Short of Revolutionary:On Edna O'Brien's The Country Girls

At last week’s PEN America Literary Awards Ceremony in New York, Irish novelist Edna O’Brien received the PEN/Nabokov Award for Achievement in International Literature for work that allows readers to “look clearly and dispassionately upon the spectrum of human emotion.” Her debut novel, The Country Girls—the story of two young woman from rural Ireland who leave their stifling convent school in search of love and excitement in the city—is now considered one of the most beloved and influential Irish novels of the 20th century and has never fallen out of print.

However, upon its publication in 1960, the book provoked a somewhat more mixed response. As well as being immediately banned by the famously fun-loving mid-century Irish censor (at the behest of Count Frollo-esque killjoy Archbishop John Charles McQuaid, who called the book “a smear against Irish womanhood”) for its sexually explicit content, copies of The Country Girls were publicly burned by a local parish priest and O’Brien herself was subjected to a pretty robust slut-shaming campaign as well as series of threatening letters.

So in honor of O’Brien’s PEN award, and to celebrate The Country Girls outlasting the censorious power of the Catholic Church in Ireland, we take a look back at what critics have written about the novel down through the years. 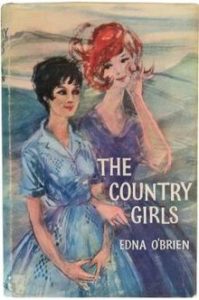 “But we want young men. Romance. Love and things,” I said, despondently. 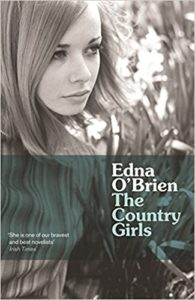 “There isn’t a whimsical little leprechaun to be seen in this view of life in modern Ireland. Miss O’Brien claims she wrote the book during twelve weeks of London fog, but its melancholy atmosphere is peculiarly Irish.

“Miss O’Brien writes rich Irish vernacular which combines smoothly with her slightly earthy descriptive style. Her Caithleen characterizes the mood of the novel. On Page 1 she is an unhappy 14-year-old waking up dismally on a summer morning to await the return of her alcoholic father. On Page 242 she is an unhappy 18-year-old climbing dismally into bed with two aspirins after being rejected by her lover. Caithleen and Baba could have used some of the luch of the Irish.” 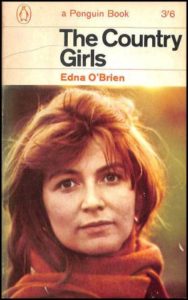 “This is a minor novel. It does not aim, that is, at the range of human passions and events which, achieved, makes a great one, and which is attempted by a respectable proportion of even English fiction. This said, it deserves considerable praise. The story of two young girls growing up in the Irish countryside, then at a convent school and later working in Dublin, is gentle and evocative: two familiar clichés necessary to English criticism, which do not, in this case, hide the Peterpannery we so much love. The saving grace is the narrator’s sharp-minded friend who uses rude words and probably knew about babies before she should.

I found the story slow towards the end: failed seduction is a long-drawn business and predictable. But the clarity of the heroine’s self-revelation is a constant astonishment. The writing is read joy. The blurb-writer called it ‘gay, lyrical, delicate, funny and sad. He was absolutely right.” 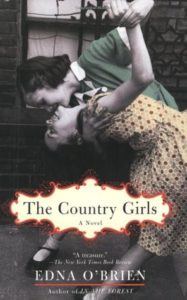 “Her characters live in what Aldous Huxley called ‘a hostile symbiosis,’ a deep, historical distrust. There is little friendliness or good will between the sexes in this village in western Ireland: each sees the other as a punishment for the ancient sin of desire.

“Miss O’Brien’s outlook is intemperate, like Irish weather. She’s fond of blarney, but a bleak, literary kind, more in the mood of the later Yeats than of Celtic charm. She has no patience with the ordinary, the soothing monotony of innocent small events. Her people’s houses are always damp; their teeth are bad; they have no charity; their pleasures are tainted. The women in this stage set of a village are traditional figures, but without the dignity of ritual or an emblematic role. Everywhere one feels the growing ineffectuality of God. In the convent school, where they are sent to atone for the original sin of unregenerate childhood, Kate and Baba are warned to face the foot of the bed when they undress, lest they ‘surprise’ the girls beside them. The body is a rude surprise, a carcass spoiled by consciousness.

” ‘I hate being a woman,’ Kate says, and our first thought is that this is what life has done to her. Yet she makes no effort to struggle against her self-hatred, to oppose it in a way that would give her behavior tension and dignity. While she may be a victim, Kate is not a sympathetic figure. She lacks charm, and to make it worse, she seems deficient in any sort of broad consciousness. As Miss O’Brien presents her, Kate lives blindly, in a furious passivity.” 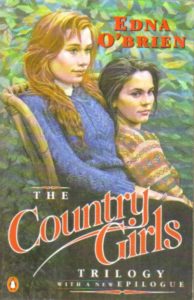 “With every aspect of women’s lives invaded by, and subject to, the whims of a State machine ideologically opposed to female emancipation – under the direction of a meticulously prurient Catholic Church – O’Brien’s invocation of women characters who dared desire more from life than the traditional domestic and sexual servitude, emotional disaffection and intellectual abnegation was nothing short of revolutionary.

“Inevitable as this may be, it would be a shame to allow the book’s tumultuous history to distract from the literary and artistic treasure that is the novel itself. By turns beautiful and bawdy, funny and haunting, The Country Girls, often referred to as the quintessential tale of Irish girlhood, is not the novel that broke the mould: it is the one that made it.”

“…she is disturbingly accurate about what life within such societies does to a woman’s sense of agency or personal volition. In a country where both law and culture deny your right to make a life of your own choosing, how do you go about getting what you want? O’Brien is merciless on the mutilation of self-worth inherent to the problem and the emotional manipulation required in order to survive.”

“O’Brien gave voice to the experiences of a previously muzzled generation of Irish women. Into bodies raised to the expectation of violence, rape, forced pregnancy, innumerable dangerous childbirths, domestic bondage and the ever-present risk of institutionalisation for intentionally, or unintentionally, bringing social shame on male relations, she breathed the radical oxygen of choice, desire and sensual delight. To minds shackled by the many Machiavellian impositions of religious prohibition, institutional contempt and unquestioning denigration of female intellect she sang the song of awareness, of dissent and the necessity of searching out better, and more.”