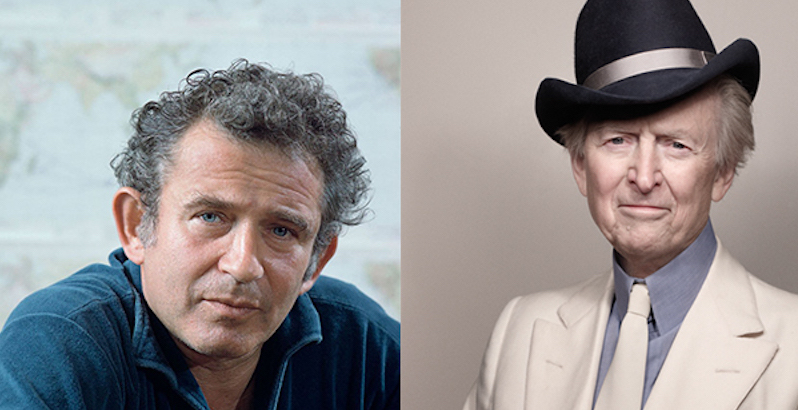 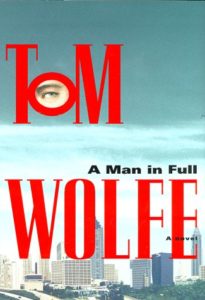 One of the few freedoms that we have as human beings that cannot be taken away from us is the freedom to assent to what is true and to deny what is false. Nothing you can give me is worth surrendering that freedom for.

“Wolfe’s salient characteristic as a first novelist, the element that raised The Bonfire of the Vanities above all considerations of its merits and vices, was that it sold 750,000 copies in hardcover. The book was thereby emblazoned as the literary phenomenon of the Eighties. His finest literary impulses of that era and his pecuniary needs had come together. Naturally, it became somewhat more difficult to conceive of a major novel that would not also be a commercial blockbuster. The flavor of A Man in Full suggests a creator who is being obliged to live with a double motive.

Writing a best seller with conscious intent to do so is, after all, a state of mind that is not without comparison to the act of marrying for money, only to discover that the absence of love is more onerous than anticipated. When a putative and modest writer of best sellers finally becomes professional enough to write a winner, he or she thinks that a great feat has been brought off, even as a man void of love (and money) will see a wealthy marriage as a splendid union. The point, obviously, is that Tom Wolfe has, in advance, the talent to do either—embark on a major novel or calculate, nay, eyeball the musculature of a huge best seller. And so the real interest is in Wolfe’s search for the answer to his own deep question of motive. Is he to deal with major literary matters or adroit commercial counterfeits? The answer to the question vibrates back and forth in this work like a reed in a woodwind, keeping both possibilities alive—not only in each chapter, each page, but sometimes in the shift itself from good writing to cash-check writing in the same paragraph.

“It takes literally half the tome for the separate sections to start coming together and a good many readers may never make it to the middle. Too bad! For when the book starts to collect, Wolfe suddenly becomes startlingly good. All of a sudden you don’t want to stop. And on you go for a couple of hundred most enjoyable narrative pages with some fine feats of writing en route. Many problems have, of course, also accumulated, and by the end, Wolfe succumbs to too many quick solutions as the elements of plot come crowding in together. The end of the book is a mess, a tidy mess (which makes it worse), and it ends as badly as Dickens, who, at his lowest, would cash in his hand, offers sweet remarks, and get out the door. Are we ready to cite A Christmas Carol? 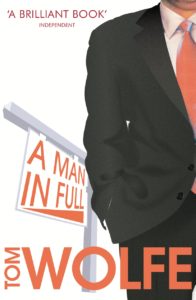 “Be it said. The book has gas and runs out of gas, fills up again, goes dry. It is a 742-page work that reads as if it is fifteen hundred pages long. This is, to a degree, a compliment, since it is very rich in material. But, given its high intentions, it is also tiresome, for it takes us down the road of too many overlong and predictable scenes. Electric at best, banal at worst—banal like a long afternoon spent watching soap operas—one picks it up each day to read another hundred pages with the sense that the book not only offers pleasure but the strain of encountering prose that disappoints as often as it titillates.

At certain points, reading the work can even be said to resemble the act of making love to a three-hundred-pound woman. Once she gets on top, it’s over. Fall in love, or be asphyxiated. So you read and you grab and you even find delight in some of these mounds of material. Yet all the while you resist—how you resist!—letting three hundred pounds take you over.

“Repetition kills the soul, and the narrative élan of Wolfe’s novel is injured by the sheer quantity of his descriptions. They convert a stylistic virtue into a vice, then lock us up in an addiction. It is dispiriting to witness. A pall comes over one’s happy attention when a brilliant conversationalist turns into a monologuist, only to deaden us further by revealing the true passion—logorrhea.

So much is there, so much is missing. How then does one pass clear judgment on a novel that is as rich and as poor, as genuinely exciting and as seriously disappointing, as observant and blind, as brilliantly written and as slovenly in its final execution as A Man in Full? It is Tom Wolfe’s best book by far, it begins to promise that he is ready to become a great American novelist, and then it loses its air and settles (with all the canniness of a hard-nosed business judgment) for being a Mega-bestseller. At the highest level, it’s a failure—at a more modest plateau (which is to say, at the corrupt level), it is bound to prove a resounding success with its large popular merits. 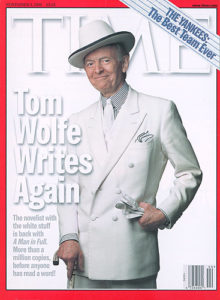 “Sometimes Wolfe is ready to work for his best characters, sometimes they can surprise us as they move from caricatures into literary reality. It is just that at other times he is all too ready to let them work for him, and moves them back from the possibility of deeper characterization into caricature again. How can he not when plot obviously appeals to him more than the real complexity of men and women? Worse, he appears incapable of creating a vital and interesting woman. He couldn’t do it in The Bonfire of the Vanities and certainly doesn’t here. If all we knew about wives, for example, were to come from Tom Wolfe, we would have to assume that they are without soul, and their greatest strength is to nag.

“Can we offer a final verdict? Tom may be the hardest-working showoff the literary world has ever owned. But now he will no longer belong to us. (If indeed he ever did!) He lives in the King Kong Kingdom of the Mega-bestsellers—he is already a Media Immortal. He has married his large talent to real money and very few can do that or allow themselves to do that. So, he will be king for a year, a year at least, and then in another ten years or less he will write another gargantuan best seller. Let us hope it is not about education but will be called A President in Full. For he is certainly the most gifted best-seller writer to come along since Margaret Mitchell. ”