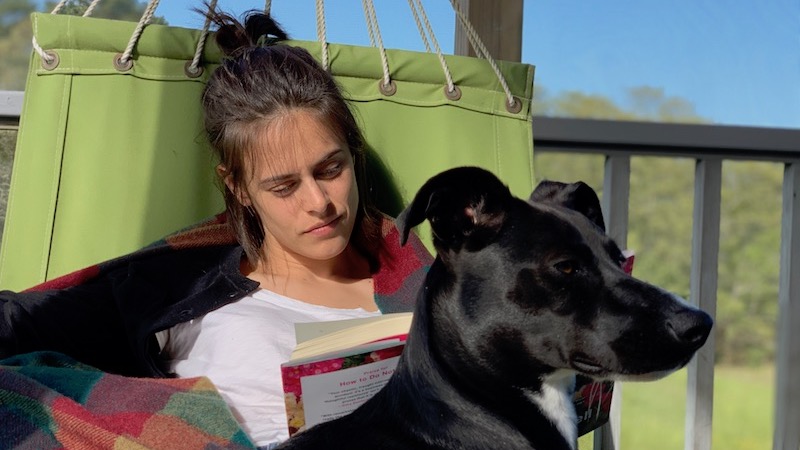 This week we spoke to Boston-based essayist, journalist, and critic, Nora Caplan-Bricker

Nora Caplan-Bricker: Just about anything by Ursula K. Le Guin, who I think deserves at least as much credit for subversive prescience as Margaret Atwood has received. Maybe The Lathe of Heaven, which I’ve been thinking about rereading, and which should be a required text for techno-utopians (who are unfortunately numerous in the city where I live, Boston). Or a very different book of essays written around the same time, Elizabeth Hardwick’s Seduction and Betrayal, which completely changed the way I think about my relationship to books as a woman, and the way, as a writer, I think about what literary criticism and essays can do. It’s so fierce and original that I still find it a little frightening.

NCB: I’m not sure it counts as “unheralded,” but Jordy Rosenberg’s Confessions of the Fox is the best novel I’ve read in the past year. It not only deconstructs pretty much everything—race, gender, capitalism, history—but also spins that intellectual project into a romantic adventure plot. Every time you think you understand where it’s going, it ascends to a new level of mind-blowing.

Also in the category of somewhat-heralded-but-should-be-more-so, Meghan O’Gieblyn’s Interior States. I love the companionable feeling of reading essay collections, like you’re carrying a smart person around in your backpack. O’Gieblyn’s big themes are Christianity and the Midwest—timely!—but she’s also especially perceptive about Millennial perma-lancing and the fantasies we indulge in order to feel okay about our lives.

NCB: This isn’t a particularly new observation, but I do encounter the belief that critics carry some sort of animus toward books, or that reading as a critic spoils the fun. I don’t feel that way! The books I review often stick with me, because I have to think about them so hard and get to know them so well, and I really fall in love with the ones that reward that effort. Critics are just readers who love books enough to expect a lot from them and take them seriously.

NCB: My whole career has happened in “the age of social media,” so what do I know, but I think there’s more pressure to be nice because it’s so easy for the author to find the review on Twitter—the author is basically right there, sharing your virtual water cooler—but also more pressure to be mean, because mean things do well on the internet. Doing justice to mixed feelings is always the hardest thing to accomplish in writing, and I think that’s certainly true of mixed reviews. But most books are neither great nor terrible but somewhere in-between, and criticism should reflect that, regardless of the social media incentives.

NCB: So many! I love Katy Waldman’s writing, and I learn about a lot of relatively under-the-radar books from her pieces at the New Yorker, which is a use of that platform I admire and appreciate. I’m awestruck by the things Parul Sehgal can accomplish in the space of a short piece. No one can turn a sentence or demolish a book like Andrea Long Chu, and I try to read everything she writes. Hillary Kelly at Vulture is probably the best-read person I know IRL, and I especially love her analyses of feminist (and faux-feminist) trends in fiction. I would definitely get more done if there wasn’t so much great writing about books to read, but I guess that’s a tradeoff I feel okay about.

Nora Caplan-Bricker is an essayist, journalist, and critic whose work appears in Harper’s, The New Yorker, The New Republic, The Baffler, The Point, and many others. She lives in Boston, Mass.