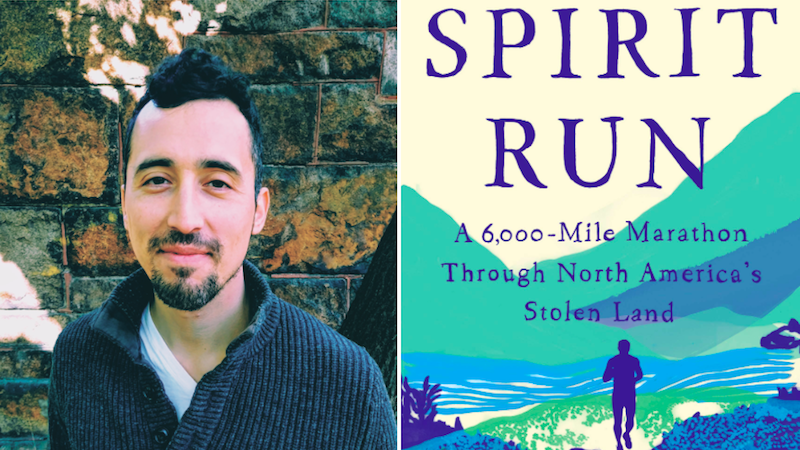 Noé Álvarez on Bless Me, Ultima, The Jungle, and Thy Neighbor's Wife

13 rapid-fire book recs from the author of Spirit Run

This week, we spoke to the author of Spirit Run: A 6,000-Mile Marathon Through North America’s Stolen Land, Noé Álvarez.

Noé Álvarez: Bless Me, Ultima. Pure magic for me.

NA: Jack London. Yeah, I said it. Or Thomas Wolfe. The details, the adventure. Yearning to study yourself through your landscapes.

NA: Basura by Héctor Faciolince. A narrator who rummaged through his neighbor’s trash (an ex-novelist recluse) and gains access to his discarded writings. Riveting to see the narrator try to piece his neighbor’s life together. Also, it’s in Spanish.

NA: The Clown by Heinrich Böll. Because who doesn’t love a good depressive clown story?

M: A book that made you cry?

NA: It’s a tie between Upton Sinclair’s The Jungle and George Orwell’s The Road to Wigan Pier. Infuriating and heartbreaking to read about backbreaking labor. To feel as if not much has changed. Hopeful that words can move us in a better direction.

NA: Is It Righteous to Be, Interviews with Emmanuel Levinas. Ethical inquiries into Otherness and questioning the priority of being. Never too early to get down with philosophy.

NA: I don’t gift books. Nope, all mine. But in all seriousness, I’d gift Fearless Speech by Michel Foucault. A guidebook for talking back to violence and having the courage to be a truth-teller. Either that or his other book, Madness and Civilization: A History of Insanity in the Age of Reason. ‘Nuff said.

NA: “Torture Through Hope” by Philippe Auguste De L’Isle Adam. Not a book but damn it does a lot. A French story about an imprisoned man with a dark twist. Need I say more?

NA: It wasn’t “cool” to read in high school. I missed out on a lot books. But maybe Pedro Páramo. Magical realism, yo.

NA: I go out of my way to find the weird stuff. Reading some things about accordions, a Psychedelics Encyclopedia from the ’80s (because why not?), and The West: A Collection From Harper’s Magazine for tales of the old West and all the cool artwork. It’s important to stay curious! But I am most excited about a serious piece of work: As We Are Now by May Sarton. An account of an elder woman trying to “keep alive in a nursing home in a remote country place.” Immediately hooked. So good.

NA: Tifky Doofky by William Stein. Good working class narrative about a garbage collector who goes on a magical journey. Nothing could be better.

NA: Dispossession: The Performative in the Political by Judith Butler and Athena Athanasiou. Seriously. If this could be adapted into film, into daily life, we’d all be better people for it. Lessons in violence, dispossession, resistance. Also, Poor People by William T. Vollmann. All exercises in empathy.

Noé Álvarez was born to Mexican immigrant parents and raised working-class in Yakima, Washington. He holds degrees in philosophy and creative writing from Whitman College and Emerson College, respectively. He studied conflict analysis, peacemaking, and conflict resolution at American University and in Northern Ireland, received a fellowship at Princeton University’s Woodrow Wilson School, and researched U.S. drug policy, military aid, and human rights issues in Colombia’s Putumayo jungles. He lives in Boston, where, until recently, he worked as a security officer at one of the nation’s oldest libraries, the Boston Athenæum.

Noé Álvarez’s Spirit Run is out now from Catapult