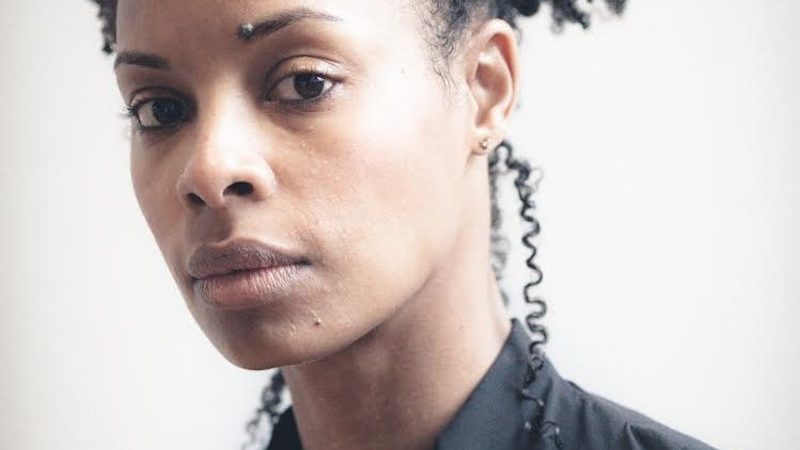 Nicole Sealey: Why I Read a Poetry Book
Every Day For a Month

The Award-winning poet and Cave Canem Executive Director on #TheSealeyChallenge

Confession time: In 2017, between my appointment as the Executive Director at Cave Canem Foundation—an organization dedicated to Black poets and poetry—and promoting my debut collection, Ordinary Beast, I hadn’t been doing much reading. In fact, I could literally count on one hand the number of poetry collections I’d read in full from January-July of last year. I chalked it up to being overstretched, the this is my life now hustle of trying to write while working a full-time job, but as a lifelong student of poetry and a poet committed to craft, this was still a big no-no; so I endeavored to do something about it.

When I decided to read a book a day for the month of August last year, I posted across my social media platforms to ask if anyone wanted to join me. As it turned out, folks did, and the challenge caught on. Poet Dante Micheaux, who participated in 2017, began using the hashtag: #TheSealeyChallenge, which, like a stereotypical poet, I stole. #TheSealeyChallenge was a godsend in that it not only dared me to read more, but it also dared me to make better use of, and be more strategic with, my time.

This year, again, I took on my own challenge, and though it proved every bit as demanding as it had twelve months previous, I found myself more and more excited about the daily reading assignment and enriched by the community of poets and poetry enthusiasts participating and cheering us on.

I hear that it takes just a few weeks to form a habit, and if that’s true I’m optimistic that #TheSealeyChallenge can become part of our routines all year round—not necessarily requiring the reading of an entire book each day, but just the practicing of daily reading, of making poetry part of our daily lives. Whether we finish one book or 31 over the course of the challenge, the point is to read regularly and to do so as part of a community.

Here, in no particular order, is just a small sample of the poetry collections I read in August as part of the challenge:

A Cruelty Special to Our Species by Emily Jungmin Yoon

“Her book is full of knives and other sharp edges, each honed by global historical narratives of war from the 1930s to the present day … Yoon’s poems pay homage to those who have been abused by the basest version of humanity, as well as to the sanctity of self and home. There’s a lot of research threaded into these pages, so the burden doesn’t rest on the reader. We’re free to wade into images of bees, honey, and dead dandelions … And while the book holds fast to its tone of measured rage and sardonicism, and maintains a steady eye that demands accountability, it does not rest in negativity. Yoon’s storytelling and investigation of her historical present for the sake of human improvement uplifts as it bears witness.”

Whereas by Layli Long Soldier

“This book troubles our consideration of the language we use to carry our personal and national narratives … Long Soldier is aware of the American tradition of reading a racial or ethnic identity, especially an indigenous language, as an art form. She has built a poetics that refuses those boundaries, even when she engages with her Lakota identity. Her literary lineage is wide and demanding … Rather than subverting any particular structure, Long Soldier is leaping into new ‘not yet defined’ spaces. Whereas challenges the making and maintenance of an empire by transforming the page to withstand the tension of an occupied body, country and, specifically, an occupied language … Though the Congressional resolution of apology to Native Americans is void of any gestures signaling sincere repair, Whereas ensures that this grief, this absence, will be given presence, be given a body to wonder.”

“Analicia Sotelo’s Virgin is stunning. Impeccably crafted and packed with sensual imagery … The speaker – at times humorously self-deprecating, at times wielding controlled rage—is observer and interpreter … Sotelo refuses to let her speakers off the hook, and they own up to their complicity. This evenhandedness of observation lends her poems an air of indisputability—as if they themselves are a new kind of mythology.”

“I’m reminded of the ways Claudia Rankine, in Citizen, described not having it in her in the moment to challenge a colleague who’d said something racist, that she knew the same moment would come again no matter what she did right then, and how wearing that was on her … Reed’s poems are full of this kind of movement and wordplay, and reward multiple readings … Reed’s poems are also formally inventive, especially when he works in concrete ways on the page … The reader winds up in a new place without realizing they were being moved there.”

“Petrosino’s third collection does unfold much like a magic-tinged fever dream, traversing forests, ‘fairy house[s],’ and the ‘war zone’ of the body to conjure up mothers and wives, daughters and ghosts. Delivering intoxicating variations on the sestina and villanelle, Petrosino employs repetition to spectacular effect … In Petrosino’s singular world, the familiar becomes strange, and the strange, suddenly irresistible, settles deep in the bones. Sparkling with sly wordplay and fantastical imagery, these are not only masterful poems but mighty incantations. Utterly spellbinding.”

“In Berggrun’s striking debut, a book-length erasure of Bram Stoker’s Dracula, that text becomes fertile soil for cultivating complex story of sexual awakening, domestic abuse, and liberation … The brief prefatory note on process, indicating that the book ‘was written at the same time its author had begun their own gender transition,’ gives deeper symbolic resonance to the material transformation of text … Capped by a challenging conclusion, Berggrun’s assured composition is neither beholden to the original nor so distant as to be unclear in its motivation.”

Born in St. Thomas, U.S.V.I. and raised in Apopka, Florida, Nicole Sealey is the author of Ordinary Beast, finalist for the 2018 PEN Open Book Award, and The Animal After Whom Other Animals Are Named, winner of the 2015 Drinking Gourd Chapbook Poetry Prize. Her other honors include a Jerome Foundation Travel and Study Grant, an Elizabeth George Foundation Grant, the Stanley Kunitz Memorial Prize from The American Poetry Review, a Daniel Varoujan Award and the Poetry International Prize, as well as fellowships from the Bread Loaf Writers’ Conference, CantoMundo, Cave Canem, MacDowell Colony and the Poetry Project. Her work has appeared in The New Yorker, The New York Times and elsewhere. Nicole holds an MLA in Africana studies from the University of South Florida and an MFA in creative writing from New York University. She is the executive director at Cave Canem Foundation, visiting professor at Boston University and the 2018-2019 Doris Lippman Visiting Poet at The City College of New York.