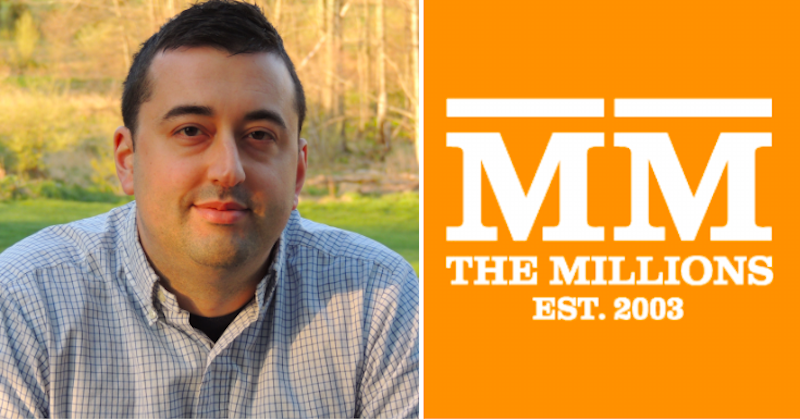 Nick Ripatrazone on Criticism as Performance and Twitter as Purgatory

"When I am charged by a book—when I love it, or hate it, or am confused and stirred by it—I am pushed to think about language and story in new ways"

Nick Ripatrazone: I would have loved to write about Mariette in Ecstasy by Ron Hansen when it was published in 1991. Set in 1906, it is the story of a seventeen-year-old postulant who creates a scandal at the Sisters of the Crucifixion convent: her stigmata cause the sisters to become envious and malicious. I was recently able to write an appreciation of the novel for The Paris Review, but it would have been fun to write about it upon its release: when publications like Entertainment Weekly and The Village Voice were mesmerized by this book about the beauty and strangeness of faith.

NR: Traci Brimhall’s latest book of poems, Saudade, is magnificent. She’s a storyteller in verse—such an agile writer, shifting between lineated poems, prose-poems, verse plays, and more to create a work that churns like a novel. The story of a community in Brazil, the book is rife with folk liturgy and pastoral rapture—Brimhall has a magical touch to make weirdness so palpable.

NR: That criticism is utilitarian. It can serve that function, but I think criticism is performance. When I am charged by a book—when I love it, or hate it, or am confused and stirred by it—I am pushed to think about language and story in new ways. William H. Gass transformed my idea of criticism; he was playful, expansive, omnivorous. “The true alchemists do not change lead into gold, they change the world into words”—Gass would inhabit a book in order to write about it. My favorite criticism to write is when I feel possessed by a book—that has happened recently with The Carrying by Ada Limón and If You Have to Go by Katie Ford.

Another misconception—or perhaps an unfortunate truth—is that writers don’t like to be edited. I’ve worked with fantastic editors, and have learned so much from them. Writers need editors.

NR: I’m a skeptical and private person. I try to be kind to others, but I think skepticism is a kindness to myself. Some people online (I’ll be honest: for me, they have always been men) act as if I owe them my time. I don’t. My time is for my family, and for myself. Although it might look like I’m “on” social media, I’m mostly passing through—and I would much prefer that people keep it moving. I’m sure that writers sent cantankerous missives to critics before the age of social media, but I worry that the ease of online communication has led to a drop in respectful distance. Twitter can be great—for example, Kaveh Akbar is generative, the type of person who inspires me to share poems I love—but Twitter can also feel like a crowded, smoke-filled room. Something like purgatory.

Also, I’ve written about this for Lit Hub: I think it is important for writers to share links to their work via social media, but to not worry about the response. That’s easier said than done, but the work is what is important—not the reaction. Learning to accept the silence is important, now more than ever.

NR: I try to read everything that Vinson Cunningham and Meghan O’Gieblyn write. You can catch Cunningham in The New Yorker now, but he first caught my eye over at McSweeney’s, with the essay “On Sainthood.” O’Gieblyn’s book Interior States, a collection of her essays on everything from Hell to loneliness to niceness, is on my desk now.

I love what B.D. McClay is doing over at Commonweal (and I love that they, as a magazine, are supporting her as a contributing writer—it is absolutely essential that critics find a good home). Sentence-to-sentence, she’s a very talented writer: she’s precise and ambiguous exactly when she needs to be. I recommend her essay on Mary McCarthy (“Of Course They Hated Her”) and Catherine of Siena (“A Saint Born of Blood”).

There’s a trend here: as a reader and writer, I am most interested in signs and wonders, when the sacred meets the profane, and when the religious meets the secular.

Nick Ripatrazone is a Contributing Editor at The Millions, where he writes a monthly column on new poetry. He has written for Rolling Stone, Esquire, The Atlantic, The Paris Review, Literary Hub, The Poetry Foundation, and The Sewanee Review. The author of several books of poetry, fiction, and non-fiction, he is writing a new book about Catholic culture and fiction in America for Fortress Press. He tweets @nickripatrazone