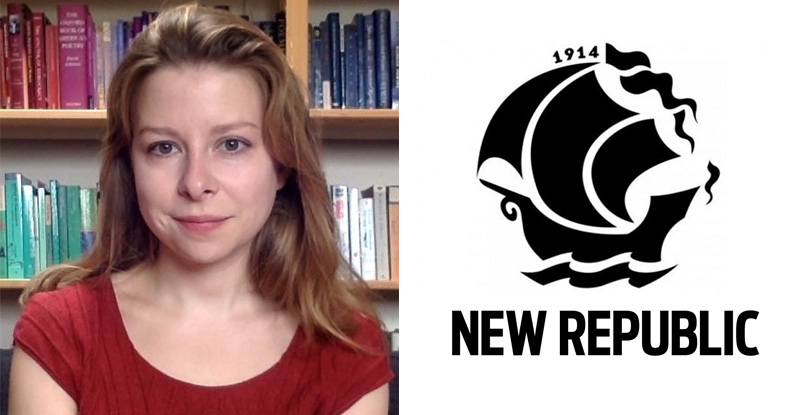 This week we spoke to Laura Marsh, the literary editor of the New Republic. 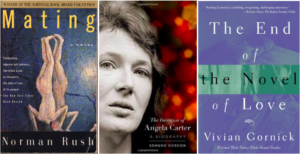 Laura Marsh: Mating by Norman Rush, which came out in 1991 and has a fascinating premise: how an infatuated woman might act and think if she happened to be a hyper-literate, hyper self-aware anthropology graduate student failing miserably on her field work? I had never read a character like this before. She channels all of this energy into rigorously documenting her pursuit of a powerful academic who has set up a would-be utopia in the middle of nowhere. She turns her inner life into a wild sort of doctoral thesis.

LM: Edmund Gordon’s painstakingly detailed biography of Angela Carter, The Invention of Angela Carter. The weight of detail is not very Carter-ish at all, but it somehow works to anchor the life that created these fantastical, subversive novels.

LM: The idea that a book review exists primarily to tell readers whether a book is good or bad, whether the author writes well or doesn’t. It’s important to be honest on those points. But they don’t often lead, on their own, to the sort of adventure that the best type of review can be.

Narrative is an overlooked element of the review. But the best criticism often combines the pleasure of judging and analyzing with the narrative pleasures of most other longform feature writing. In a great critical essay, there’s the story about the subject: the reader gets to plunge into a world with a whole distinctive vocabulary, history and debates. There’s also the story about where the critic is going with all this—how are they going to wrestle it, find its contours, give it structure.

LM: I think the critic who writes with personality—who gives you the feeling that there is something truly at stake in figuring out what they think about a book—has become more prominent. Perhaps that’s because we are getting more used to the idea that critics aren’t this faceless authority figure casting down judgments from afar. They’re often the people who spend the best part of their time weighing the things that happen in books—for the same mysterious reasons any of us get caught up in art—and we get to see that more and more of that person on social media.

Another change I’ve seen is that really ambitious, thoughtful pieces—the type of piece we publish not because it’s big and newsworthy but just because it’s delightful and interesting—these pieces have a better shot at finding their audience, and starting the kind of detailed discussion that actually used to take a lot of effort—of time and geography—to seek out.

LM: The wonderful thing about editing a review section is that you get to pick out the strains of criticism you find most exciting and put them all next to each other. You want to have a whole ecosystem of people with different tastes and humors: some who go in for sensibility, evocation, digression, and others who are driven by tight argument, strong judgement, or a kind of expertness (which is not the same as expertise.) So I don’t think I could choose just one.

But I would say there are a couple of writers I go back to periodically to remind myself of what criticism can do: Terry Castle’s essay on Susan Sontag, right after she died, the essays in Vivian Gornick’s The End of the Novel of Love, and (if I’m allowed) the late Jenny Diski’s writing in the London Review of Books.

Laura Marsh is the literary editor of the New Republic

Previous entries in this series: