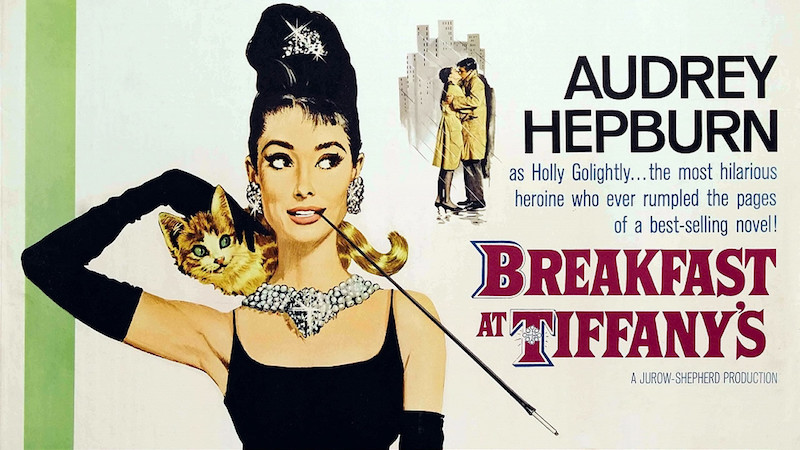 Never Love a Wild Thing: On Capote's Breakfast at Tiffany's 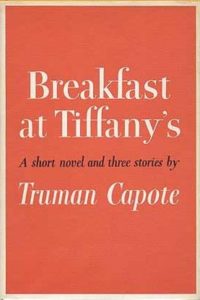 “It may be normal, darling; but I’d rather be natural.”

“In this book, Truman Capote once again suggests that he is perhaps the last of the old-fashioned Valentine makers. Here are four Valentines made by his own hand: a short novel and three stories. They bear his unmistakable touch.

The short novel, Breakfast at Tiffany’s, is a valentine of love, fashioned by way of reminiscence, to one Holly Golightly, a ‘real phoney’ and one-time inhabitant of a brownstone in the east Sixties of New York City. This is a very funny portrait of an ex-child wife—from some place named Tulip, Tex.—who made several mistakes upon coming to New York, the most serious of which was getting herself mixed up with Tiffany’s and falling in with the Colony set and the El Morocco crowd.

She is a wild thing searching for something to belong to. Mr. Capote makes her say, in lucid and poetic explanation of herself, ‘Never love a wild thing … you can’t give your heart to a wild thing; the more you do, the stronger they get. Until they’re strong enough to run into the woods. Or fly into a tree. Then a taller tree. Then the sky.’ 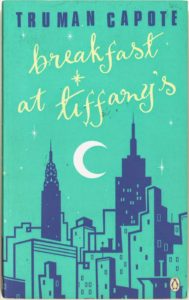 “Holly Golightly flew not into the sky but into Tiffany’s and decided that if she could find ‘a real-life place that made me feel like Tiffany’s, then I’d buy some furniture and give the cat a name…” When her piney-woods husband comes to New York and explains the psychological and spiritual basis for her behavior, Holly seems to the reader less feasible.

When Mr. Capote begins to make up a plot involving Holly and one Sally Tomato (a dope peddler serving a term in Sing Sing) he vitiates the up-to-then sharp power of his character. He also plunges his reader into an unbelievable melodrama involving crime, defrocked priests, lost brothers, etc. and asks us to believe psychological motivations compelling Holly that we are not prone to put our faith in, very seriously.

Mr. Capote’s characteristic resorting to almost vaudevillian devices weakens his originally serious conception of his character, thins it down and so, in mid-reading, forces the reader to a dimmer view of her. This kind of genial philandering runs through all these stories: a tendency to over-glaze situations, to overdress characters—not stylistically so much as conceptually—a tendency to fool with characters on the author’s terms of whimsy, not on the characters. Actually, Mr. Capote indulges in over-acting more than over-writing. In the end, one imagines this flaw to be more than a matter of showmanship than of writing craft, one of a lack of full imaginative control. 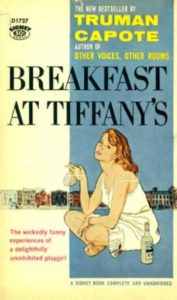 “‘A Diamond Guitar’ and ‘House of Flowers’ are two dainty pieces, blown like pretty pieces of dyed boa into the air. They are both cute stories with enough heart in them to cause a stroke. This cuteness in Mr. Capote often supplants truth, just as the names of his characters often supplant depth of characterization. Names like Mag Wildwood, Mr. Haha Jones, Jose Ybarra-Jaeger, Tico Foo seem to have come first to the author’s mind and then been fitted to a character.

The delicate, toy-like ‘House of Flowers’ (material on which his play of the same name is based) is told like a fairy tale, though it involves several prostitutes in Port au Prince. ‘A Diamond Guitar’ is the kind of tender, boyish dream story that a hermit might write about a young convict who charms the inmates of a penitentiary with his glass-diamonded guitar and lures an old inmate to attempt escape (in vain) with him into ‘el mundo,’ the world. 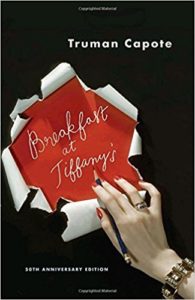 “‘A Christmas Memory’ is a truly Valentine-like reminiscence of the sweet and far-away relationship between a Capotesque little old lady aged ‘sixty-something’ and a boy named Buddy. This piece describes preparations for what turns out to be their last Christmas together. Less finished, less shaped than the other two stories, it seems more make-up than art. The bucolic mood, the descriptions of Southern woods and pastures, seem half-bred (there is a little of the brownstone in them). It is a curiously heartless and unfelt story despite its sentimental intention, and is laced with maidenly metaphor.

In all these stories there is the notable Capote talent for catching the off-beat nature of people and for writing about them as though he were delivering a midnight monologue before his audience-reader. There is in this work the quality of doll-like glee; of creating and dwelling in a doily story-world entirely of the author’s own tatting, of staying in it with his characters, come high water or low, until he has to get out of it—if he does. Then he might take the way out of chic, or of marshmallow romance; of spoof or cracker barrel. Capote makes unique reading.”